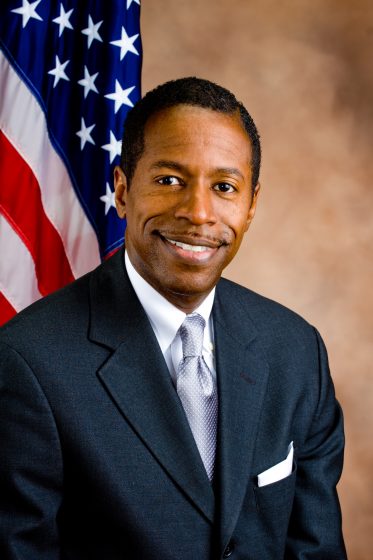 Political scandals are the media’s bread and butter. Bill Clinton’s infamous “I did not have sexual relations with that woman” lie played on television sets night after night. Anthony Weiner’s Twitter humiliation turned the rising Democrat into a “Saturday Night Live” (SNL) punch line. The revelation that Newt Gingrich left his wife while she had cancer destroyed his campaign during the 2012 Republican presidential primaries.

New York State Senator Malcolm Smith, a Democrat, and several accomplices were arrested last week for being caught bribing Republican Party leaders in exchange for allowing him to be placed on the Republican ticket for mayor.

Smith’s bribery cover-up is unlikely to reach SNL or even grab a CNN headline for more than a couple of days. After all, he is just a city politician now guaranteed not to advance in American politics. Plus, the scandal occurred in a state known for less-than-legitimate political processes.

Visiting Professor of Political Science Richard Skinner, an expert in lobbying and special interests in American politics, explained to the Catalyst not only just what happened in New York City, but why this incident expands beyond the political hotbed that is New York City.

“The Republican Party in New York City has only one thing going for it, which is the city – despite being heavily Democratic – has elected a number of Republican mayors,” Skinner explained. Current mayor Michael Bloomberg, after all, has run as a Republican consistently, even if he is hardly anybody’s idea of an “actual Republican,” as Skinner puts it.

Essentially, Smith devised a plan to get on a ticket as a more liberal conservative, much like Bloomberg did, in order to make it to the general election. He received the money from a fake real estate developer – New York Magazine calls him an “undercover FBI agent” – who, in exchange for the bribe, would receive $500,000 in state dollars to fund a project.

This was the gist of the deal. Rarely do Americans hear of such a thing in an age of ‘transparency’ and surveillance.

“The blatant nature of the corruption was a little surprising,” Skinner said. “You’re dealing with a particular kind of system that lends itself to corruption.” He admitted that he found the incident to be “disconcerting,” and referred to a “culture of corruption” within the city’s system.

The concern lies in the fact that this was such a direct bribe: would Smith not expect to get caught?

When asked about the wider culture of “favors,” Skinner responded, “Even people like Michael Bloomberg, who is nobody’s idea of a corrupt politician, is very willing to spend money around.”

Smith’s case was unique in its irrefutable illegality, but perhaps, it shed a spotlight on a part of American politics that is in the shadows, protected by politicians denouncing the very “special interests” they are secretly making deals with in exchange for votes, political endorsement and, in those rare cares, money.

“If you’re a business person, you can get shaken down by local politicians, sometimes for a bribe,” Skinner revealed.  “[In Florida], we’ve had our shares of scandal.” In other words, local corruption is far from unique to New York City.

This is something that happens every day, and is not “illegal” per se. It is a story most know to be true. Politicians make promises, and in exchange, they receive help, in one form or another, to win elections and support. It is not something that is kept secret, either.

The danger comes from a case like Smith’s, in which $700,000 of bribery money is on the table, prepared to be used. The Republicans who he was planning to bribe were not the ones that outed him; they, too, were arrested. The deal would have gone through if not for the fact that the money had actually come from an undercover federal agent, not an investor wanting to get support on a project.

When the Catalyst asked Skinner for his first reaction to hearing the news of the arrests, he responded that he wasn’t that shocked.

The “culture of corruption” that Skinner identified inevitably leads to these kinds of situations. Special favors hover around that line between legal and illegal, right and wrong, just and amoral, savvy and corrupt.

Smith’s bribery scandal may be limited to a single city, seemingly unrelated to Floridians and those elsewhere. However, special favors and their volatile nature are not unique to New York City and this was not the first time the system allowed such an abuse of power, nor will it be the last. Perhaps, then, the country should be taking a closer look at what one state senator almost got away with.

Information for this article was taken from New York Magazine and The Washington Post.