The long standing tradition of New College Zombies is a constantly evolving game of tag that has become as adaptable to the constantly changing campus atmosphere as the humans that must fight for their in-game lives. Each year, the Game Masters play a pivotal role in this evolution by meticulously and enthusiastically planning and executing the Zombie Apocalypse. Returning NCF Zombies Game Master, thesis student Kyle Johnson, and first-time Game Master Lily Gonzales spoke to the Catalyst to shed light on the latest incarnation of the zombie plague to hit campus – an event Johnson has been planning for two years.

The new twists as well as a new story developed by the Game Masters are designed to help keep the game both engaging and exciting for both new and old players. Johnson and Gonzales hope to reinvigorate people’s love of the game and to inspire the whole community to participate. 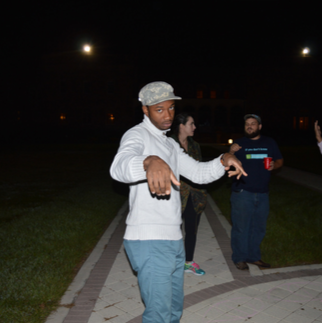 “It’s been slowly dying out, which is a shame, because first-year was fun, second-year was really fun, and I thank Kyle for that fantastic game,” Gonzales said. “But third-year… it just feels like it got less and less.”

Johnson explained that a primary benefit of having another Game Master this year is that Gonzales was present for last year’s game while he was studying abroad, and therefore had more insight into what went wrong and how to improve.

“It definitely helps out a lot with having that backup, because, you know I’m in my thesis year, it is a lot of work, and having somebody like Lily to do things like advertising and such, because, I mean they’ve just done such a fantastic job with that,” Johnson said.

When asked about their favorite parts of Zombies, both Johnson and Gonzales praised the ability of the game to motivate students to participate in the NCF community, while also creating and strengthening friendships within the student body.

“I made a lot of friends in zombies my first year, and that’s pretty much the one thing that brings a whole bunch of shut-ins outside, it’s pretty much as athletic as New College gets,” Gonzales said. “Plus, I jump at every chance to dress up.”

Johnson also cites making the game more community-friendly as one of his central goals this year. This year, he is focusing on both the health of the players and also cracking down on those that create a toxic environment for the game. The Game Masters have also been working with various campus administrative offices to make the game run as safely and seamlessly as possible. 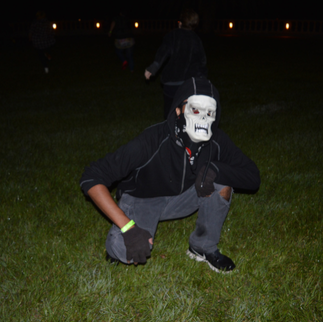 “This might actually be the most official Zombies ever run, we have approval, and Tara Centeno, the new campus coordinator is really excited about it, we’ve also talked to the New College Police Department, so they’re on board… all the events are scheduled so everyone’s going to be clued in,” Johnson said. “Really, the amount of help and outreach that we’ve seen from the community in order to make the game safe and make sure that nobody gets hurt or nobody’s academics are disturbed has been really nice.”

Johnson also encourages everyone playing the game to reach out to him or Gonzales with any comments or concerns.

“We are really nice people, we really want to make the game fun and safe for everyone, so if somebody’s bothering you, if things are getting a little too intense, really don’t be afraid,” he said. “Otherwise, I think this is going to be a Zombies for the history books, this one’s really going to take the cake.”

When asked if they had any additional comments regarding the first few days for players currently surviving or spreading the apocalypse this week, Gonzales smiled.

“I really hope you guys enjoyed the pit.”

Johnson also assures players that there are still plenty of surprises in store before the end of this week.

Additionally, players can keep an eye on both the forum and the official NCF Zombies Tumblr page in the days to come for the latest twists and updates of the week.

“It’s going to be quite shocking,” Johnson said.  “It has nothing to do with the electricity.”