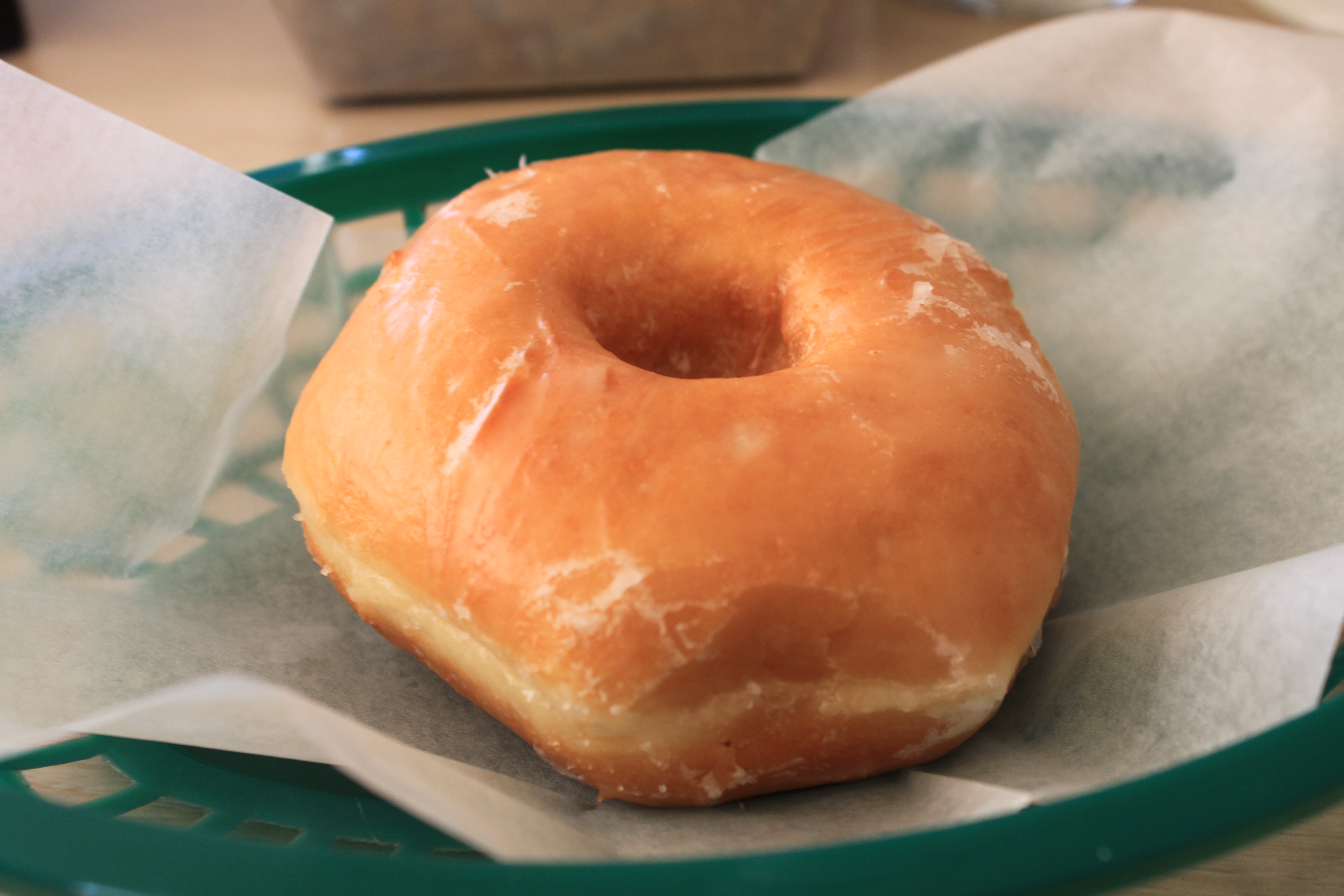 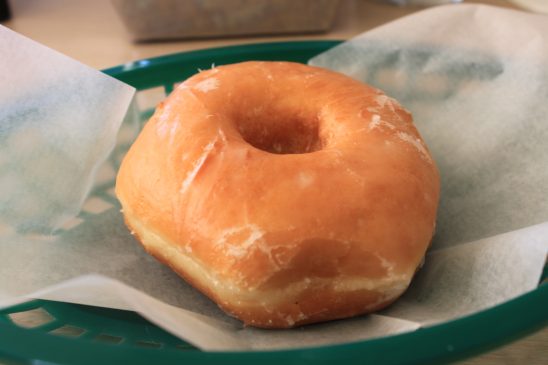 Bradenton Donuts, right off of U.S. 41, feels like stepping back in time to 1950s Main Street America – in the best way possible. Proverbial sayings in wooden frames hang above the coffee machine including one that says: “Count your life by smiles, not tears. Count your age by friends, not years.” Professor Carl Shaw describes it as a “fantastic little time capsule.”

The shop reminds me of my great aunt’s house, with her quilts hung on the walls and her needlepoint pillows. It makes me feel comfortable and nostalgic. Locals and snowbirds alike sit around the U-shaped counters, drinking coffee, talking and reading the newspaper. 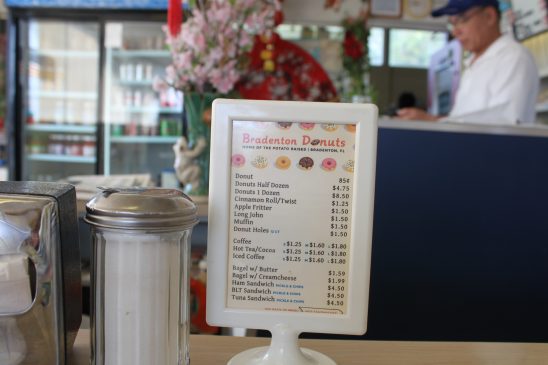 Peter He, one of the familiar faces at Bradenton Donuts, along with his wife Jenny, greets the customers every morning with a smile as they walk into his shop. He immigrated to Florida from China in 1989 or 1990 and has owned Bradenton Donuts since 2002. He says the building has always been a donut shop, it began as the chain “Mr. Donut” in 1966 and has been dedicated to the beloved confection ever since.

Oftentimes, He knows customers’ orders before they even have to say it out loud. When I asked He how he knows the orders so well, He answered that he has very loyal customers. He estimated around 75 to 80 percent of his customers come in and get the same thing every day.

Mike and Shirley Lovy, snowbirds from New Hampshire, can attest to this. Mike gets the chocolate covered cake donut with coffee. Shirley gets hot tea. They split the number one: a sausage, egg and cheese biscuit. As soon as they sit down at the table, He brings over their beverages and asks Mike if they want the special. 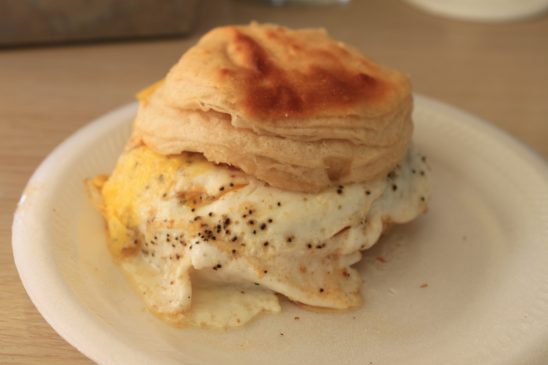 Mike and Shirley have been patrons of Bradenton Donuts for eight years, going on nine. They found out about the donut shop randomly one day after deciding to stop in and have been regulars ever since. They try to come “as often as we can,” – lately, three times a week.

“We can’t say enough about Peter,” Shirley added. “He’s so friendly. He makes you feel at home.”

In their eight years, Mike and Shirley have gotten to know some of the other regulars that come in. In many ways, Bradenton Donuts is like a social club. Customers gather over breakfast sandwiches and Boston Cremes to discuss family, politics and life. The U-shaped counters provide the perfect space to converse.

The couple speculated that most people find out about the shop through word of mouth. They make sure to tell everyone they meet about it.

Even more regular than the Lovys, a group of five or six elderly women come in to Bradenton Donuts almost every day. One woman has been coming for 40 years, many years before He took over. Another has been coming for 20. They’ve all outlived their husbands. They usually just get coffee – donuts if they’re celebrating something – although one of the group said she enjoys the blueberry donut every once in awhile no matter the occasion. 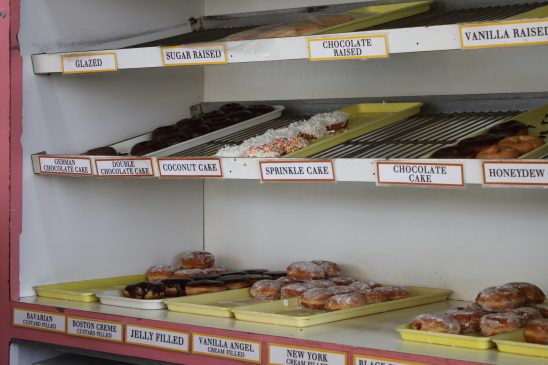 According to He, the glazed, old-fashioned and apple fritter donuts are some of the shop’s most popular.

“The “old-fashioned” donut is far better than its name would suggest,” Shaw agreed in an e-mail interview. “My wife, who is a vegan, will even eat one if I bring it home.”

Donuts are only 85 cents each, making for a pretty reasonable breakfast. With the cheap prices, small town ambiance, great people and delicious donuts, Bradenton Donuts is well worth the visit.

The donuts are made fresh every morning. I asked He, on behalf of all the college kids out there, or anyone really, what happens to the leftover donuts at the end of the day. He said usually there aren’t any.