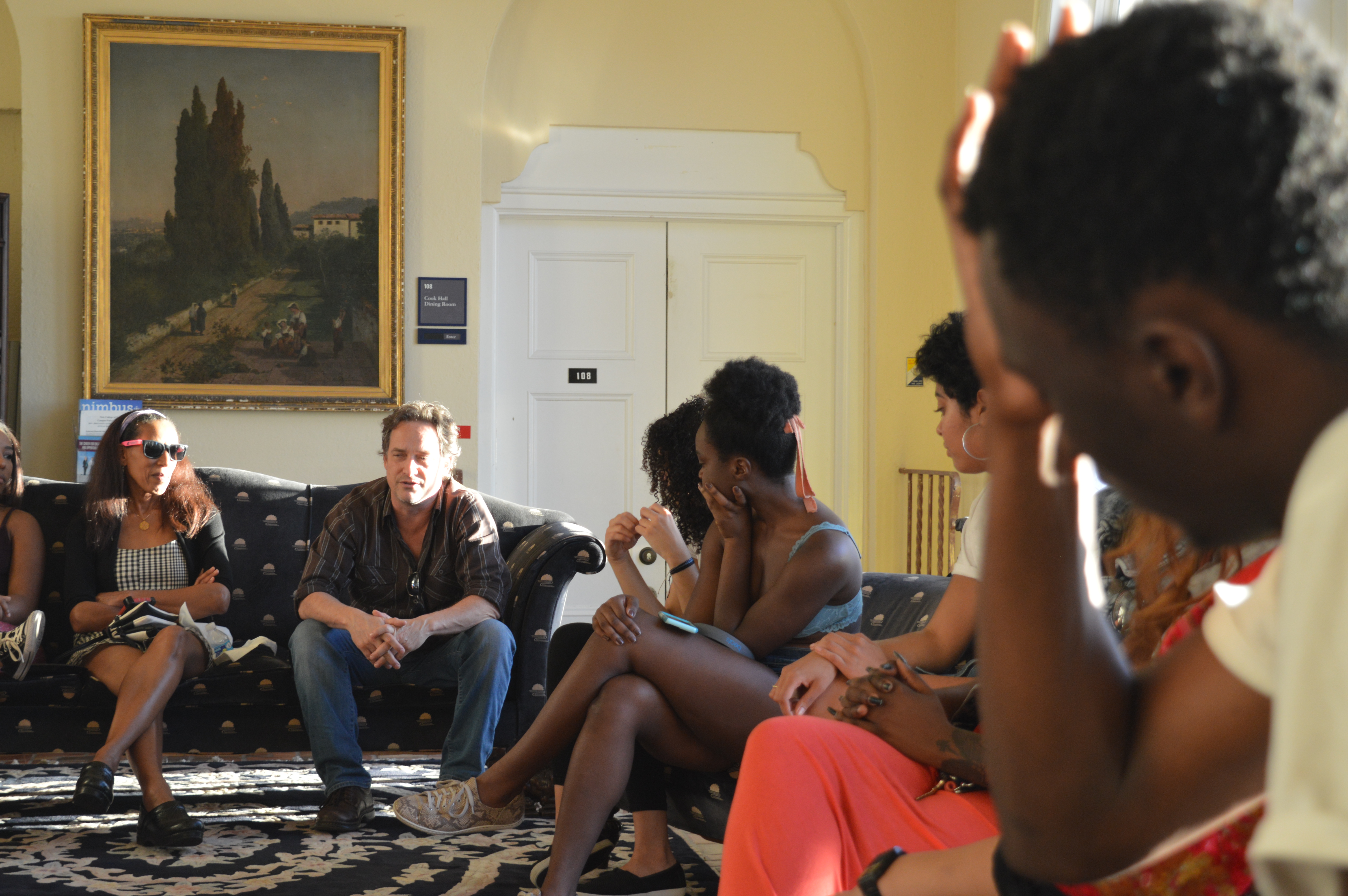 Black History Month at New College was once the brain child of alum Nasib McIntosh (‘12) and Professor of Sociology Queen Zabriskie. Three years later, and the Black History Month (BHM) Planning Committee is a subsect of the school’s Black Student Union (BSU). The committee is made up of its co-founders and New College Student Alliance (NCSA) co-Presidents and third-years Paul Loriston and Miles Iton, as well as a team of dedicated students who have been meeting weekly since the beginning of the school year. Zabriskie is now joined by other faculty sponsors, Professor Brendan Goff, Counseling and Wellness Center (CWC) counselor Duane Khan, Professor of German Wendy Sutherland and Professor Amy Reid. This year, funding for BHM came from the $750,000 Andrew W. Mellon Grant, which was generously awarded to the school in support of the Humanities program.

“My first year, [Black History Month] was very limited in the scope of events because it was only a few people,” Loriston said. “As black people, we only get one month of recognition. Even in school curriculum, they don’t teach about blackness and, when they do, it’s constrained into the shortest month of the year. […] We deserve so much more than just a month.”

This year’s Black History Month was centered around the theme of Black Action, and the intersection between blackness and social activism. The month began with an Arts n’ Crafts event, on Feb. 3, an informal social that challenged students to utilize posters, magazines and markers to create posters of self expression. Following this was a concert at the bay on Feb. 12 featuring Sekajipo and the People, a regular performer at past Black History Month celebrations, that took place in front of College Hall. A Black Student and Alumni Connection Event was held on Feb. 12 and served as a mixer for both black students as well as black faculty and alums at Cook Hall. On Feb. 16, Reid invited Cameroonian writer Patrice Nganang to campus for a discussion on his recently published novel, Mount Pleasant. The Florida Studio Theatre provided 70 seats for students to watch a performance of the critically acclaimed Brownsville Song (B-Side for Tray) on Feb. 18 while graphic novelist Mildred Louis was invited to present at the African-American Read-in at Jane Bancroft Cook Library on Feb. 20. Miami-based artists Stephany Camacho and SDotBrady were both invited to perform at the highly anticipated Concert Sur la Bay in front of College Hall.

With the month coming to a close, the committee has planned several events to extend Black History Month into March including a Def Jam Open Mic Night at the Four Winds on March 3rd and the Symposium on Redefining Activism: Navigating Identity and Self-Care on March 4th. Both events will feature this year’s Keynote Speaker, Kavindu Ade, a spoken word poet, activist and educator who meditates on themes of blackness, queerness and social activism.