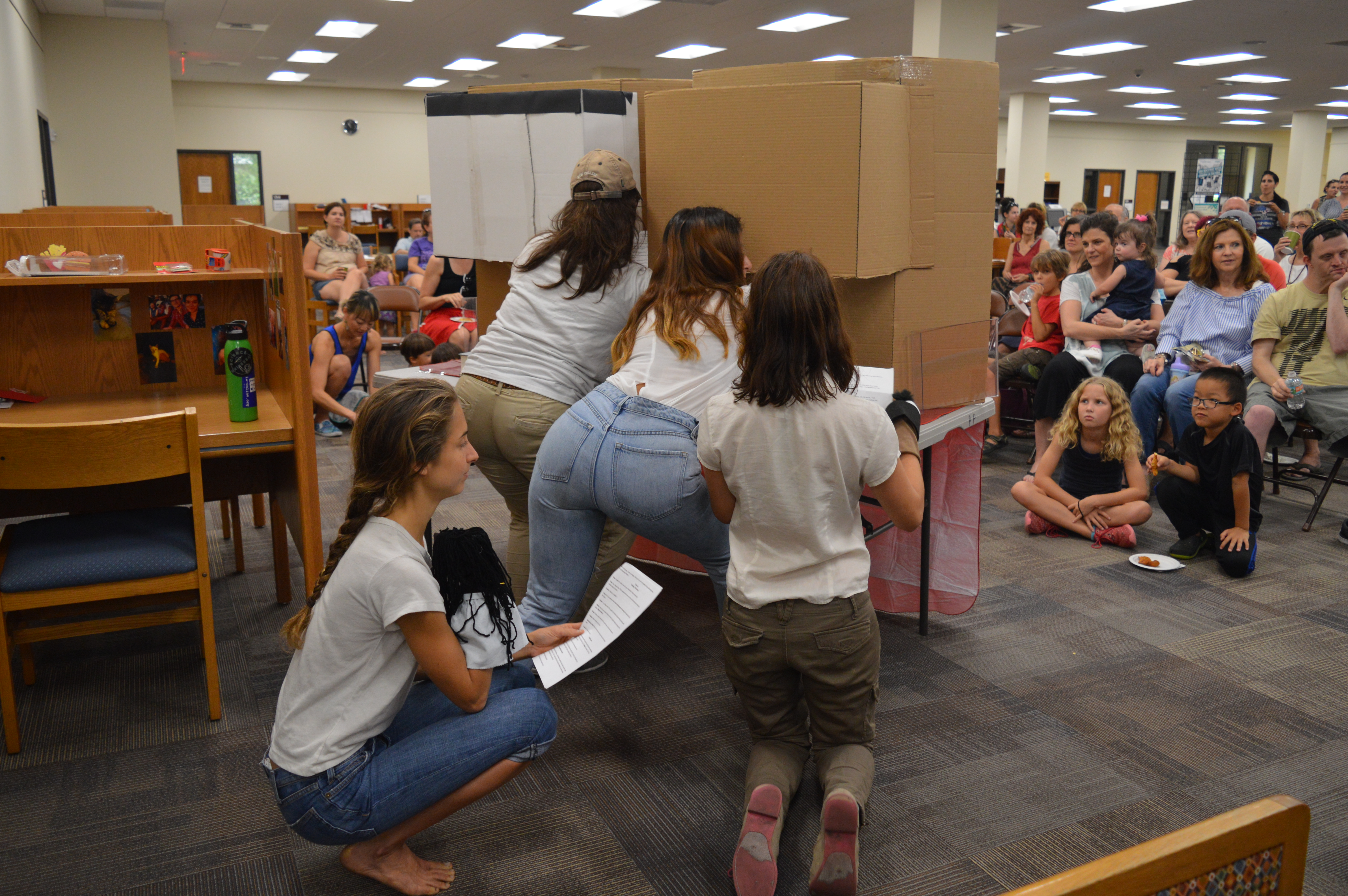 Giulia Heyward is one of the students who participated in the Bilingual Cubano-American tutorial.

Salsa music, Afro-Cuban beats and the sounds of a puppet show stole the silence in the library that usually occurs on Saturday mornings.

Families, students and professors crowded the Jane Bancroft Cook Library at the Big Fiesta which took place on Saturday, April 19. The ‘Big Fiesta’ was the final culmination of events hosted by students apart of Professor Sonia Labrador-Rodriguez’s Bilingual Cubano-American tutorial during the fall 2016 semester.

The tutorial studied the migration of Cuban immigrants to the Florida region – most notably Key West and Ybor City – during the 1800s. The second mod of the tutorial consisted of projects that the class was responsible for doing: a puppet show featuring activist and leader of the Cuba Libre movement, Jose Marti, Paulina Pedroso and Vicente Martinez Ybor; a bilingual newspaper, entitled the Cuba Libre; a revamped guantanamera song with lyrics passed out that doubled as a coloring book; and a timeline that chronicled important moments during this time period.

The event attracted students, faculty and families from the Sarasota area. Children sat down in front of the audience to watch the puppet show, while parents leafed through issues of the Cuba Libre. Almost everyone munched on cafe con leche, pastelitos and croquetas.

“I thought it was nice to see a diverse community, not only NCF affiliates, but friends as well [of Professor Labrador-Rodriguez],” second-year Kaithleen Conoepan said. “I feel that the audience really enjoyed the puppet show, especially the kids who would laugh and comment on how funny  the sock puppets were.”

This sentiment was shared by other students in the tutorial who were present at the Big Fiesta.

“I was really grateful that my mom got to see all the work I put into learning more about my culture,” second-year Camila Vallejo, who is Cuban and Ecuadorian descent, said. Vallejo participated in the tutorial, and acted as Christina, the protagonist of the puppet show. “I connected with my family [by being in the tutorial] and I was able to understand more, and the reasoning behind Cuban-American culture.”