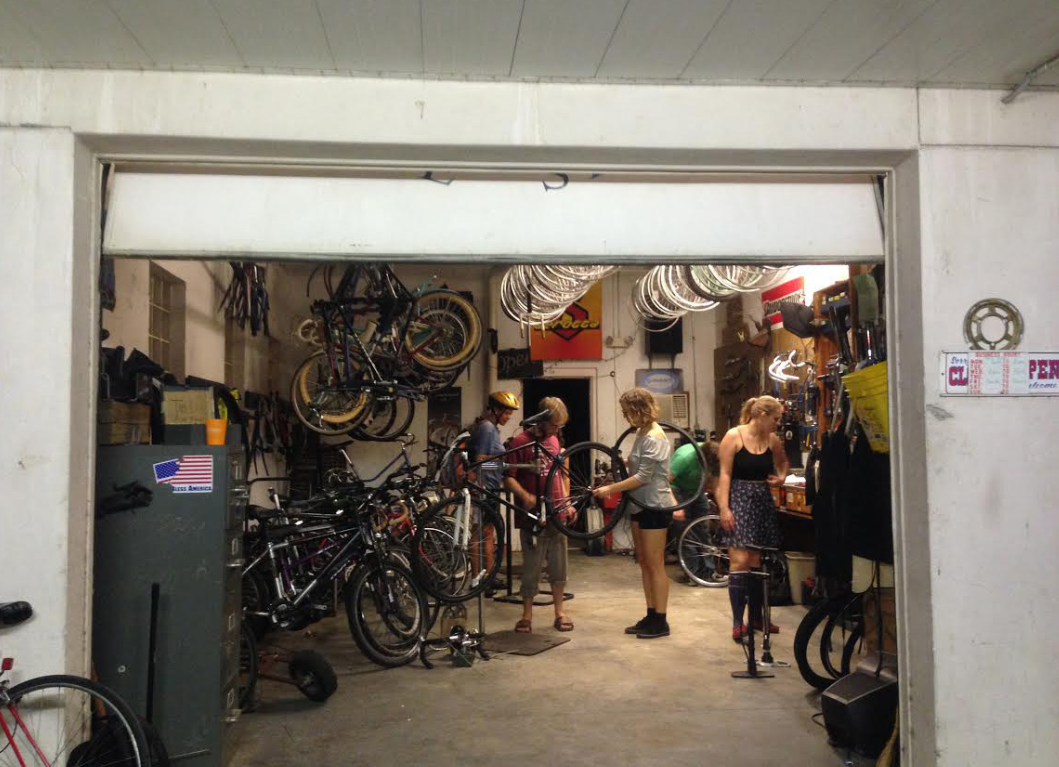 The Bike Shoppe deviated from the norm this past Monday, playing Buena Vista Social Club and Celia Cruz over the stereo, a departure from the usual tunes one hears while pumping up tires. Besides the music, two open boxes of pastelitos from Cafe Havana – a Cuban restaurant in Bradenton – sat on one of the outside couches. The small changes were a result of the death of Fidel Castro, who governed Cuba for almost five decades and died this past Friday.

Second-year Kaithleen Coñoepan, a Teaching Assistant (TA) at the Bike Shoppe since last January, supplied guava pastries and Cuban coffee during her hours to show solidarity with Cuban-American peers and friends and to remind the New College community that “a major event did happen.” Coñoepan worried that many students do not realize the significance of Castro’s death for families of Cuban exiles.

Coñoepan was inspired by the “impromptu block party” that took place over the weekend in the neighborhood of Little Havana in Miami following the announcement of Castro’s death. Little Havana, named after the capital of Cuba, is home to many Cuban immigrants, as well as immigrants from Central and South America. Coñoepan witnessed the joyous celebrations on the streets outside of Versailles Restaurant, a famous Cuban restaurant on Calle Ocho. The police, at the mayor’s request, closed off several blocks in the neighborhood to accommodate the masses.

The people of Miami celebrated all day and night, dancing in the streets, singing songs and waving the Cuban flag shouting, “¡Libre!” Yet, for many Cuban-Americans the festivities were bittersweet reminders of the family members and friends who were not alive to see the day many of them had waited and hoped for.

“I know for many old people this is kind of like a huge deal for them because they didn’t think they would live to see the day that someone who caused them so much pain was finally gone,” Coñoepan said. “And I understand for some people it’s kind of weird, like why would you be celebrating the death of someone, but I think many people shouldn’t talk if they don’t understand what other people went through.”

The celebrations received national attention. While Cuban-Americans rejoiced in Miami chanting, “The tyrant is dead!”, the small island state began an official week of mourning. There is somewhat of a disconnect between what many Cuban exiles and refugees in the United States feel and what Cubans in Cuba feel, about the death of country’s “leader” – Fidel ceded all powers to his brother Raúl in 2008. However, this is not to say that all Cubans in Cuba are sad and all Cubans in America are happy. There is, of course, variations in emotions, indicative of what an all-encompassing historical moment this is: the death of a man who influenced world politics and history and lives.