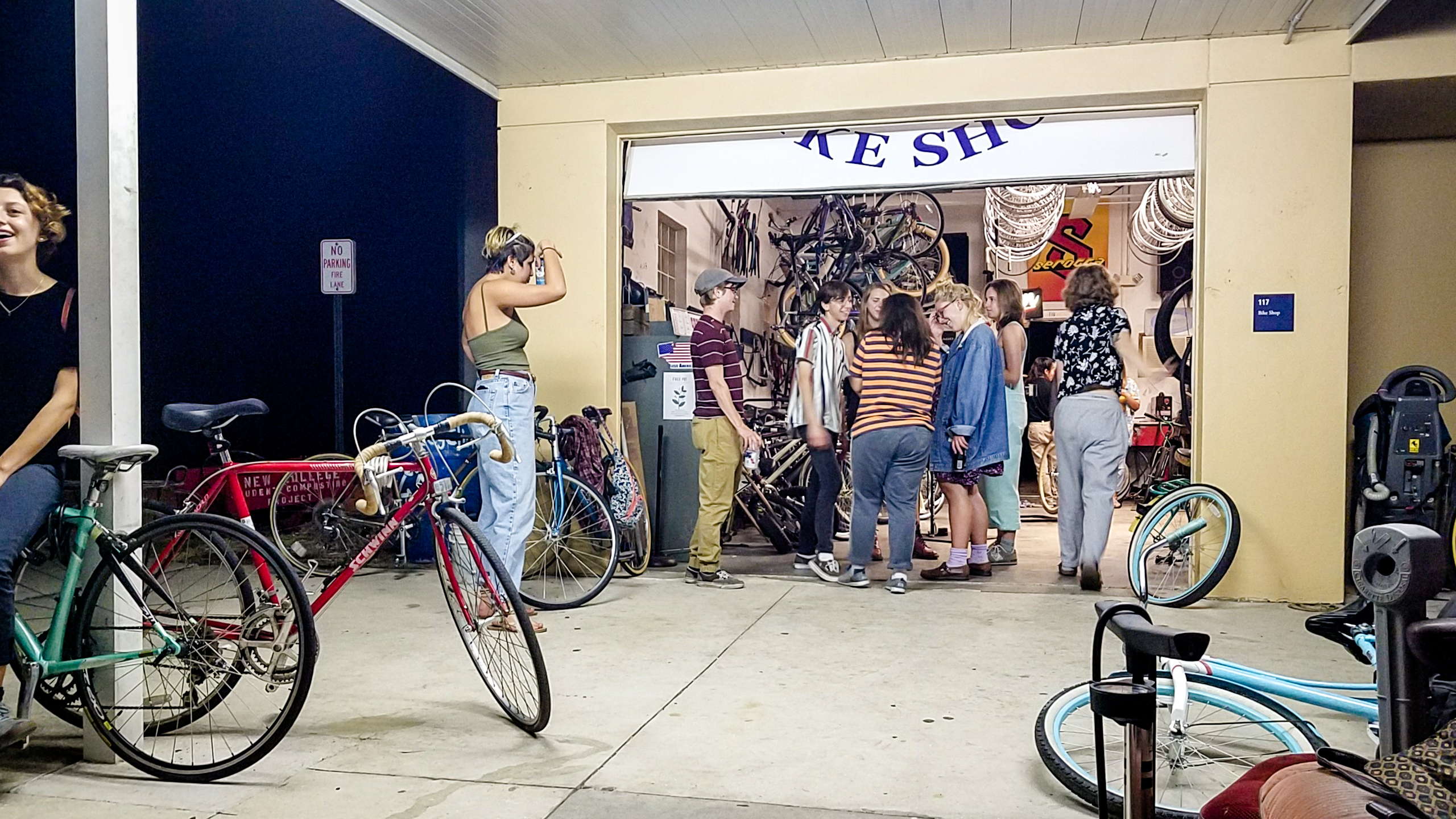 The Bike Shoppe is often a popular location for socializing, a factor that can impact the resource's perceived accessibility.

Bicycles can be intimidating, from the mechanics to the culture to the physical ability required of simply riding. For the campus bike repair co-operative, the Bike Shoppe, student TAs are trying to change that sense of intimidation – and make the space more inclusive toward everyone.

Bike Shoppe TA and third-year Emily Anne King created a public survey along with her fellow TA’s thesis student Cole Zelznak and second-year Ella White. King was inspired by an informational event and discussion on pronouns during Radical Rush Week at the beginning of the semester. This got the TAs thinking about how people may or may not feel comfortable in the co-op.

“We’re having more conversations about our behavioral tendencies, how we greet people, how we comment on their bikes and their abilities. We’re using the suggestions people voted on to implement workshops,” King said.

The anonymous survey asked for respondent’s gender and ethnic identity, and then asked for a number of closed and open-ended questions regarding whether the respondent had ever found the Bike Shoppe intimidating, had experienced discriminatory/uncomfortable behavior in the space or had avoided going. The survey furthermore asked for opinions regarding possible future events, like an evening catered toward women, non-binary, trans and femme-identifying people. There was a section for comments, and no question was required to be answered in order to submit the survey. 56 people responded to the survey.

“Some people proposed ideas like having tutorials in places that aren’t this dirty garage, like Ham or in front of the library, which would be a good way to get out there because people find this space scary, especially at night.”

“We wanted to know if the reputation is fully in the past, it used to have a bit of a seedy reputation. That was somewhat before I came.”

“People mentioned how the Bike Shoppe could be ableist, which is kind of an inherent problem, but we’re now thinking about that and how to change it,” King said as she worked to repair a tire from a wheelchair. “This is really cool because I see how wheelchair [wheels] are compared to bicycle wheels. Similar system, just different dimensions.”

The Bike Shoppe originally began around 1992, according to alum Chris Brand (‘90), who helped get the space up and running in Pei. The space was much smaller, with far fewer resources.

“The main idea was to have a central location with a couple bike stands for working on bikes, some high quality tools for people to work on them, and to get people together who wanted to work on them,” Brand said.

Just as it does today, the early Bike Shoppe was able to offer discounted parts and covered tool expenses.

“There wasn’t a good low-cost bike shop close to campus, and a lot of us liked bikes as a hobby… it seemed like a natural thing to do.”

In Brand’s opinion, the people who visited the Bike Shoppe the most were those who either loved biking or depending on bikes as their mode of transportation. Given its lower prices and proximity to dorms, the Bike Shoppe has offered a more accessible way of building, repairing and maintaining bikes.

Though Brand maintains that the early Bike Shoppe “wasn’t a bunch of gear-heads,” the Bike Shoppe has previously had issues with maintaining a sense of inclusivity. In a February 2016 article in the Catalyst, former Bike Shoppe TA and alum Francisco Perez (‘13) said that the Shoppe is “a weirdly intimidating environment… I think people go there under the assumption that the people there know more about something than them… but the point of the Bike Shoppe is to teach.”

Meanwhile, zines made by the Shoppe’s TAs in 2005 state that the first step to becoming a bike mechanic is simple: “Go. To the Bike Shoppe. Don’t be scared. Of the Bike Shoppe. While they may be speaking bike talk, they also speak English pretty well, so don’t be afraid to approach them and ask about volunteering.” 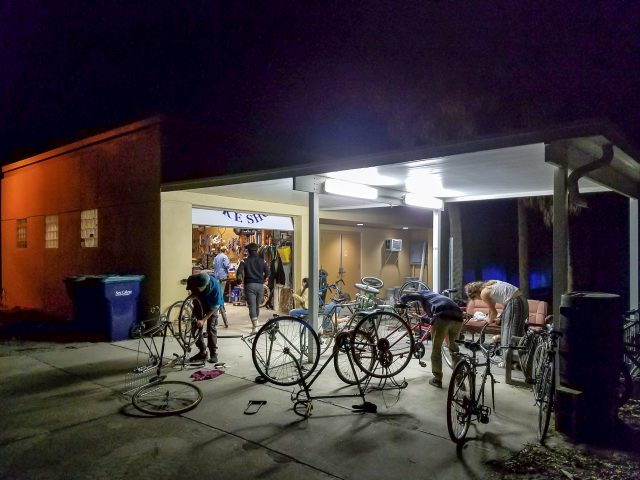 44 percent of respondents were in favor of a night geared toward non-cis men, though many expressed concerns for how this would be adequately inclusive towards trans individuals or felt that making the space more inclusive overall was more important. Even so, nearly all respondents identified that a night such as this, a repair workshop, or some combination of the two would help increase people’s sense of comfortability with the co-op.  Most of the comments left on the survey were tokens of gratitude to the TAs for their work and for offering the survey.