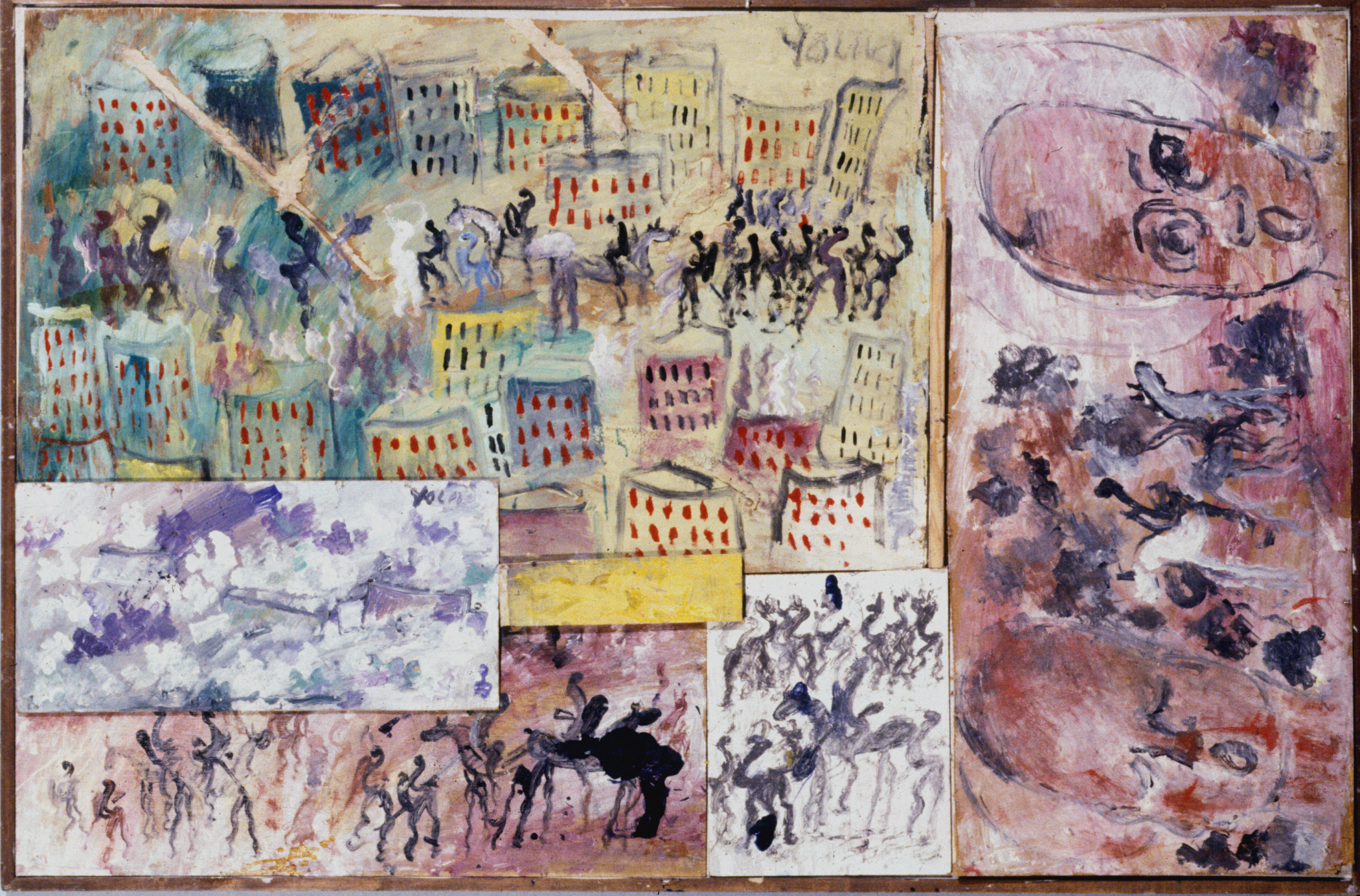 The Tampa Museum of Art houses a large array of artworks, from their extensive collection of pottery from the Classical world to the neo-expressionist photography of Sandy Skoglund.  The museum has gotten some buzz recently from their temporary exhibition titled Ordinary/Extraordinary: Assemblage in Three Acts, which focuses on Haitian and African-American art that portrays the Black working-class and immigrant experiences in America.

The Ordinary/Extraordinary exhibit features works of Jean-Michel Basquiat, Purvis Young and select Vodou flags.  All three extensions of the exhibit emphasizes individual objects that are turned into appreciated wholes.  The Tampa Museum of Art’s website elaborates, “historical and socio-economic narratives informed by the Afro-Caribbean Diaspora, the Black experience in America, as well as European artistic influences, unite the artists featured in the series.”

Jean-Michel Basquiat was born in 1960 in Brooklyn, New York and was an avid reader growing up, speaking English, Spanish and French by the age of 11.  He found his artistic voice as a teenager through graffiti and tagging the walls of Manhattan. His roots in graffiti can be clearly seen through his wordplay and sporadic portraits in his later works.

This portion of the exhibit titled Jean-Michel Basquiat: One Master Artist/Two Masterpieces includes photographs of Basquiat as well as his two works Yellow Door (1985) and Untitled (Word on Wood) (1985).  Yellow Door specifically features two self-portraits of Basquiat and the repeated word ‘milagro’ (‘miracle’ in Haitian Creole) slashed through, commenting on the experience of Black Haitian immigrants and the hardships they endured through harsh racism and prejudices in America, all the while thinking of their existence in America as a miracle.  Both featured works are remarkable, having been created just three years before Basquiat’s death in 1988 at the age of 27. The Basquiat sect of the exhibit is on view until November 10, 2019.

Purvis Young was born in 1943 in Liberty City, Miami, Florida and never attended high school.  He was completely self-taught and never took any art classes, relying on his own experience to create art.

“From the get-go, I said, ‘I don’t want to just paint landscaping,’” Young stated in a 2006 interview during his Boca Raton Museum of Art retrospective exhibition.  “So I started looking at people’s protests in America and all that and I started painting it.”

Purvis Young’s portion of the exhibit titled Purvis Young: 91 includes an untitled work spanning three walls that took from 1985 to 1999 to complete.  The work is made up of hundreds of painted wooden plaques, creating a business reminiscent of scenes from urban working-class life, as if the viewer is peering into the windows of residents. Young used mostly muted earth tones with the occasional bright colors, echoing the landscape of Liberty City.  This portion of the exhibit is on view through January 26, 2020.

Directly after Purvis Young’s exhibit is a smaller room painted a deep purple that contains Vodou flags that illuminate the room with their sequins and beads titled Sacred Diagrams: Haitian Vodou Flags from the Gessen Collection.  The Tampa Museum of Art official website states, “Often made of discarded burlap bags, repurposed fabrics, beads, and sequins, Vodou flags represent Haiti’s spiritually rich yet often misunderstood Vodou religion.”  Each flag is hand-made with ornate detail, with a few that feature biblical scenes similarly depicted to those of Byzantine church mosaics of Middle Ages. These flags were created for ritualistic purposes and often featured the names of different gods.

“Because [Vodou flags] have become a form of art which can be sold to art collectors and museums, the artists themselves have started to include their names, so much so that the names of gods are gone completely,” art historian Gabriel Toso stated in a 2011 lecture in London about Hatian Vodou flags.  “Traditionally, if you have a flag for a ritual, they have fringe on three sides, but the ones [created] for commercial purposes don’t have any fringe.”

The Vodou flag portion of the exhibit if on view through January 26, 2020.

Information for this article was gathered from tampamuseum.org, youtube.com and khanacademy.org.  For more information on the exhibit, visit the Tampa Museum of Art website at tampamuseum.org or call the museum at (813) 274-8130.