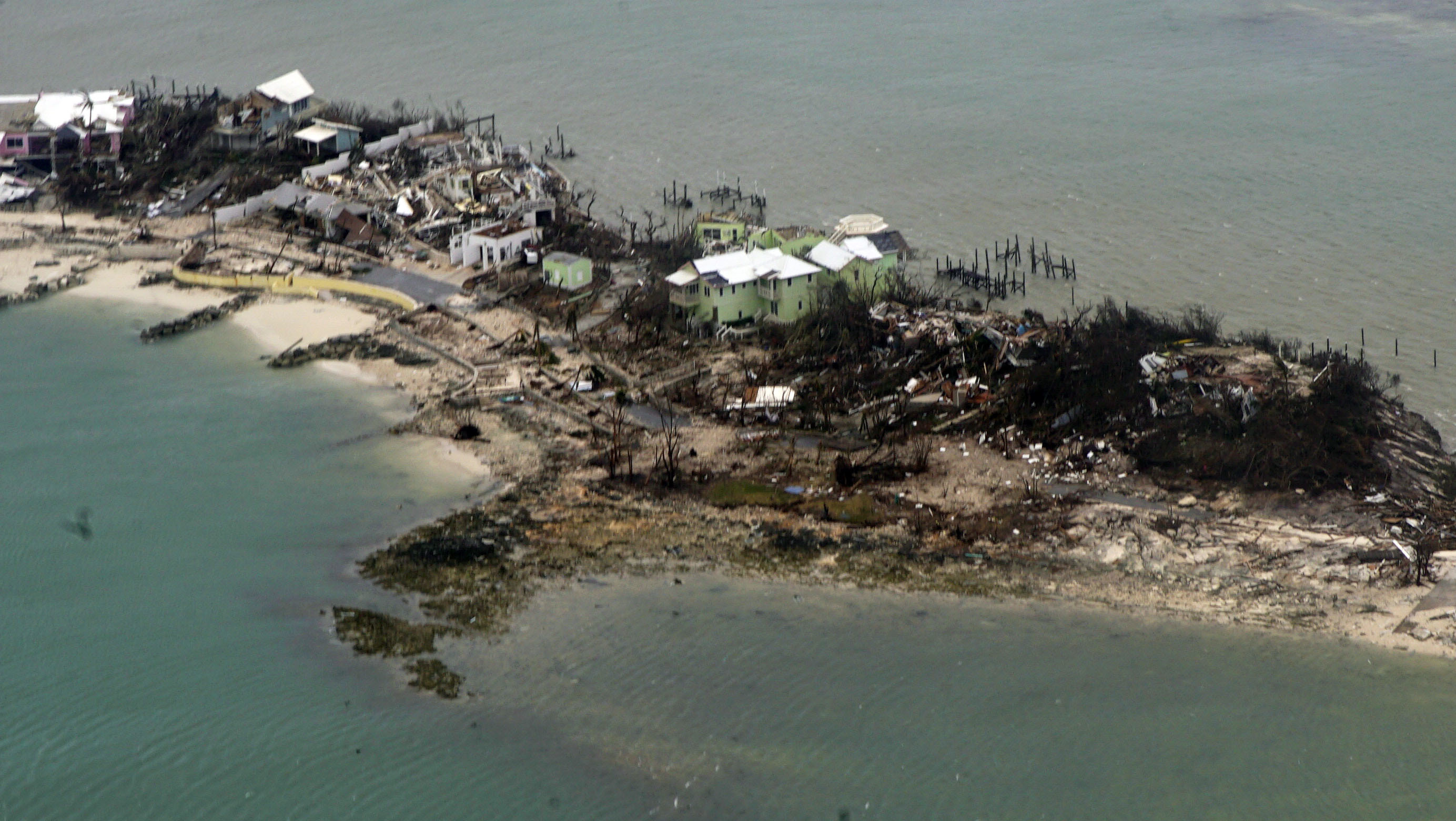 Many homes were completely obliterated by Hurricane Dorian. Photo courtesy of the United States Navy

Hurricane Dorian: while its menace was largely diminished by the time it reached Florida, it caused a crisis in the Bahamas as it stalled over early Sept. It was the most powerful storm to ever hit the island nation. Entire neighborhoods have been leveled by the hurricane, at least 50 people have died and thousands more remain missing according to the Royal Bahamas Police Force.

On Sept. 1, Dorian came to the islands of the Grand Bahama and Abaco. The storm slowed down significantly while it was over the islands, at some points moving as slow as one mile per hour. Throughout this time, it still raged with 185 miles per hour winds. The Bahamas endured two full days of the storm’s devastation after it made landfall.

The damage Dorian inflicted on the Bahamas was staggering. The electrical grids of the Grand Bahama and Abaco were shut down during the storm. While most of the Grand Bahama’s electrical grid has been repaired, Abaco remains powerless as of Sept. 12. In total, Dorian was estimated to have beget $7 billion worth of damages to a country with a gross domestic product of $12 billion.

The human cost of Dorian only adds to the tragedy. Officials estimate that over 70,000 people have been rendered homeless by the storm, almost 18 percent of the island nation’s population. There have been 50 people confirmed killed in the immediate aftermath of the hurricane and 2,500 more are still reported missing. Authorities suspect that the death toll will only climb as the search progresses.

The stalling of Dorian over the Bahamas may be reflective of a new regular occurrence. Dorian slowed because the high atmospheric pressure system that had been guiding it over the Atlantic stalled almost completely. Without the pressure pushing it, Dorian lingered in one place and was able to inflict more damage.

This is demonstrative of a wider trend that meteorologists have noticed. According to a June 2019 study, hurricanes have slowed over the last year by roughly 10 percent. The study puts forward that the changes in atmospheric dynamics are the result of the overall warming of the Earth’s climate. As the Earth warms, more storms are going to linger after they make landfall, subjecting those areas to even harsher weather than they otherwise would receive.

The tragedy in the Bahamas inspired many around the world to offer assistance to the recovery effort. One such person is third-year Karianne Kapfer, who organized a donation drive at New College.

“I came back to school from the hurricane, and I waited a day or two,” Kapfer said. “I was thinking that SA[u]CE or someone was putting something together to help those people, since they’re right across the water from us. I waited a couple of days and no one announced anything, so I was like ‘Someone’s got to do this, it might as well be me.’”

Kapfer emailed the Student Activities and Campus Engagement (SA[u]CE) office about her plans to organize a drive and they worked together to set it up. The items they are collecting they are giving to The Law Group, a legal firm that is sending out planes every Tuesday to the Bahamas.

For students looking to donate to the Bahaman relief effort after the drive has ended, they need to exercise caution. After disasters, it is common for fake charities to crop up in order to exploit people’s good will. This is a concern so serious that the Florida Attorney General cautioned those looking to donate on Sept. 5. Any suspect organizations should be investigated with a site like charitynavigator.org, to verify their integrity.

Information for this article was gathered from nature.com, nbcnews.com, foxnews.com and cnn.com