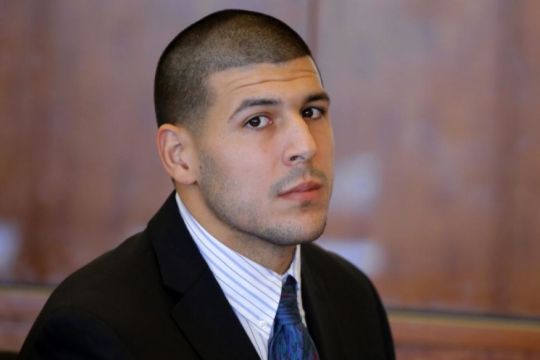 When former New England Patriots football player, Aaron Hernandez, was sentenced to life in prison after the 2015 murder of the boyfriend of his fiance’s sister, the National Football League (NFL) publicly denounced his actions. However, after committing suicide while in prison, an autopsy revealed that Hernandez suffered a severe form of Chronic Traumatic Encephalopathy (CTE)–a revelation that draws attention to the NFL’s treatment of its athletes.

Hernandez was found dead in his cell on April 19 at 3:05 a.m by security guards. His body was released to Boston University’s CTE Center for examination. His death was ruled a suicide.

CTE is a degenerative disease commonly found in individuals who have suffered repeated blows to the head. “[…] CTE is associated with aggressiveness, explosiveness, impulsivity, depression, memory loss and other cognitive charges,” a press release statement from the Boston University CTE Center states.

Upon the release of the statement, Hernandez’s fiancee and daughter sued the NFL and the Patriots for Hernandez’s death. The lawsuit states that Hernandez had Stage III CTE, which is normally seen in ex football players in their 60s.

“At the time of his death, Aaron Hernandez had the most severe case of Chronic Traumatic Encephalopathy (CTE) medically seen in a person of his young age of 28 years by the world renowned CTE Center at Boston University,” the lawsuit reads. “By the time Aaron entered the NFL, in 2010, Defendants were fully aware of the damage that could be inflicted from repetitive impact injuries and failed to disclose, treat, or protect him from the dangers of such damage.”

The family was reportedly seeking over $20 million from the lawsuit.

Boston University’s CTE Center has released Hernandez’s brain back to his family.