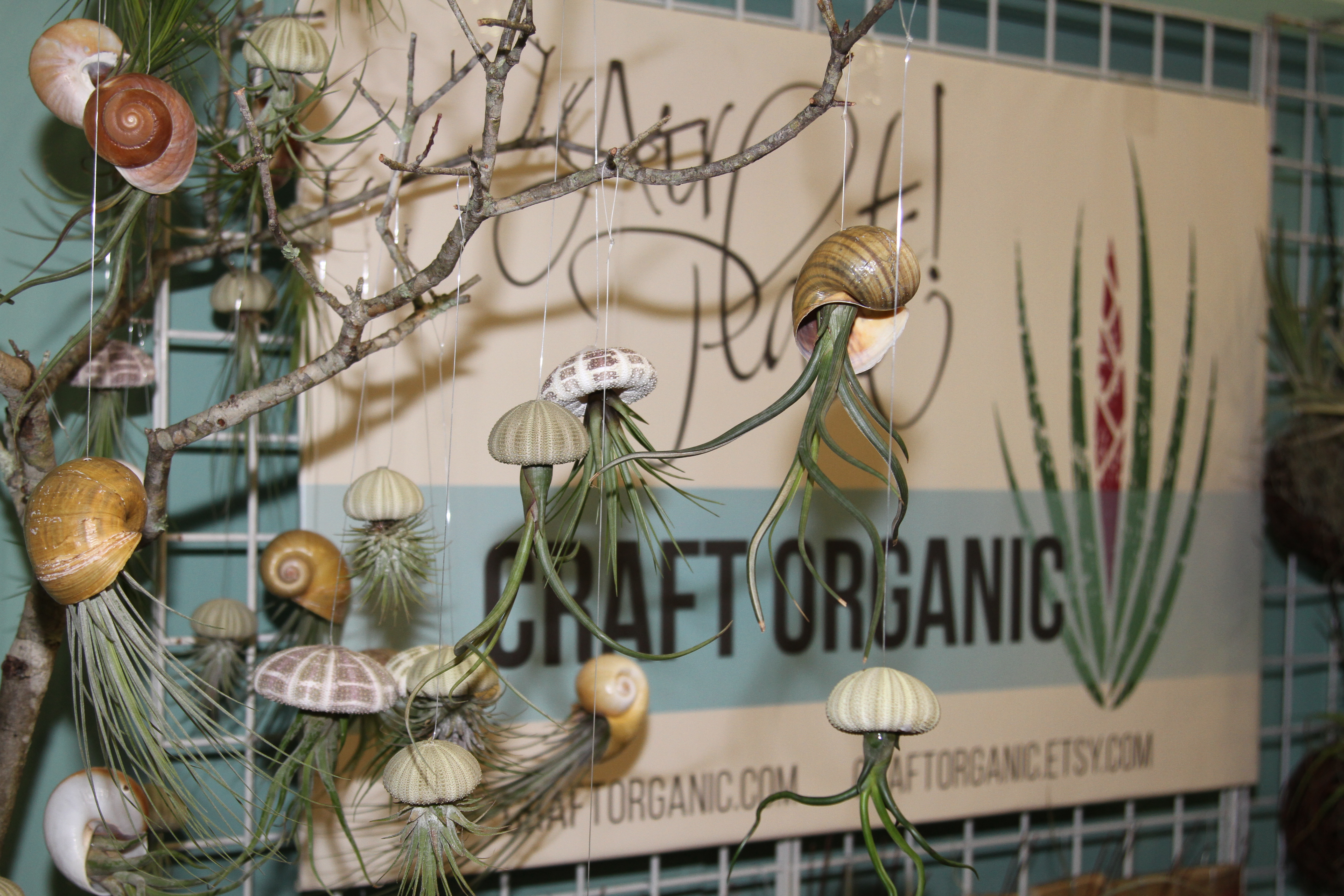 The Atomic Holiday Bazaar will celebrate its 13th season this weekend, Dec. 8 and Dec. 9.

All photos courtesy of Adrien Lucas.

The 13th annual Atomic Holiday Bazaar will take place at the Sarasota Municipal Auditorium this weekend, Dec. 8 and Dec. 9. Designated as “an antidote to the big-box, Black Friday-esque shopping culture during the holiday season” on the event’s website, this bazaar offers the perfect opportunity to shop local and find rare goods not available at large retailers.

“The trendy items you will find at the big box stores will be found at the Atomic show probably a few years before they hit the bigger stores,” Adrien Lucas, founder of the Atomic Holiday Bazaar, said in an email interview. “The show does not represent large businesses so if you are buying soap, a screen printed [t-shirt], a plushie, you are buying something that isn’t going to be found anywhere else but shows like Atomic.

After moving to Sarasota from Los Angeles, Lucas was inspired to create an event like Atomic.

“All I kept finding was beach themed craft shows, and while I love the beach, I am more of a city girl who had a real punk rock n’ roll aesthetic,” Lucas said. “I built the show so I could amuse myself and meet other like-minded creatives.”

Lucas reported that the expected attendance at this year’s show is approximately 2,000 visitors per day. The show will host 210 vendors, many of whom “have day jobs and supplement their incomes with shows like mine, because they need a creative outlet and a venue that supports their style,” according to Lucas.

When asked why she refers to her vendors as Misfit Makers, Lucas mentioned the 1964 movie “Rudolph the Red-Nosed Reindeer” in which Rudolph travels to the Island of Misfit Toys and finds community.

“There is a theme in that show that is beautiful and resonates today for Atomic: all are welcome, all are safe, we are tolerant, we believe in climate change, we do not accept hate as daily form of communication, we are creative and we believe in kindness,” Lucas said. “We embrace the unusual.”

Aside from the association with Rudolph’s island of misfit toys, the show is also described as “indie crafts for the world’s delightful irregulars” on the website. When asked about the meaning behind the phrase, Lucas said the tagline “ties with the way I feel about my Atomic show.”

“We are kookie and creative and sometimes we are odd, we are shy, we can be quirky but with that, Atomic has given me the privilege of forging wondering friendships with people are delightful because they walk to the beat of a different drum,” Lucas said. “Delightful Irregulars will always be the Atomic theme and I believe the majority of Atomic shoppers get that and feel that way too.

Information for this article was gathered from atomicholidaybazaar.com.

The Atomic Holiday Bazaar will be held on Saturday, Dec. 8 and Sunday, Dec. 9 at the Sarasota Municipal Auditorium from 12 p.m. until 5 p.m. The auditorium is located at 801 N. Tamiami Trl. Admission to the Main Room is $5 for adults. Admission to the Bay Front Room and Street Fair venues of the bazaar is free.