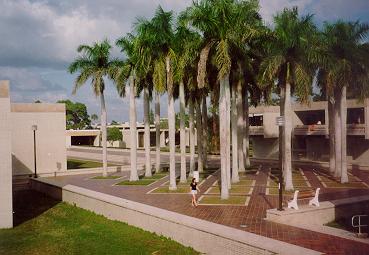 With regression rather than progress among plans to grow the student body, harrowing trends in new student enrollment have been a central threat to the academic, financial and social livelihood of New College. A third-party investigation conducted by the Art & Science Group has recently extended the school a lifeline to gain insight on factors impeding student growth and possible avenues for change at an institutional level. The Group presented their internal findings, which will feed into an official report on student enrollment and attrition, before the campus community at the Sainer Auditorium on Thursday, Sept. 12 and Friday, Sept. 13.

The independent firm, the Art & Science Group, specializes in investigating the effectiveness of institutional strategies for achieving their primary goals. In the case of New College, the Art & Science Group focused on explaining the nuanced elements that drive aversive behaviors of the school among both current and prospective students in an attempt to inform institutional approaches for recruiting and retaining students.

The Group designed its study by reaching out to constituencies of interest to find out information about what sets New College apart from comparable options.

“What we [at the Art & Science Group] do is to start by intensively trying to understand what New College is, what makes it tick, what people value and what are the kind of things we might want to do differently,” a spokesperson for the firm said during the forum discussion.

The Art & Science Group began its report of New College by designing instruments to analyze central decisions affecting enrollment at New College. Figures from the firm visited faculty, students and staff to collect data from observations of campus life. The Group also conducted preliminary and follow-up phone interviews with some 300 individuals qualifying in the school’s applicant pool to collect data to inform modeling strategies.

Together, information across current and prospective students fed into methods described as “simulated decision modeling” to approach the unconscious and conscious factors shaping students’ behaviors of New College relative to competing institutions.

The Group acknowledged the admirable degree of mentorship and personally-resonating curriculums accessible at the school before discussing significant institutional challenges, including issues around a diffuse set of competitors and a disengaged pool of prospective students.

Regarding disengagement, the Group noted that data from two-thirds of participants during phone-interviews were rejected based on the extent that the students were disqualified or too disinterested to be considered prospects of New College. In addition, more than half of the interviewed students that were known to have applied to the school did not mention New College while listing institutions they had applied to. Accordingly, the Group concluded that New College does not rank highly among individual considerations of possible undergraduate schools.

“On a ten-point scale of overall appeal of institutions that non-applicants are preferring right now, non-applicants have to travel 5.3 points to get to the same level of appeal for New College: a very, very long distance—it always is—but longer than we [the Art & Science Group] usually see,” the spokesperson said. “[New College] has to work harder to win students it’s not already winning.”

“When we look at current students, we see levels of satisfaction that are lower than we expect to see in these studies,” the spokesperson noted.

“And indeed, at least 40% of [current students] now feel the expectations they had upon arriving here have not been lived up to. 54% of them have thought about leaving—about 30% of them seriously. There are some things at play here in an institution with extraordinary strength and intellectual creativity that the school needs to figure out what is going on.”

“[New College] has to figure out how to change the tide not only through the substantive work we do, but realizing that the people we need to reach on this are pretty disengaged from [the school] and more disengaged than most studies [the Art & Science Group] do with colleges around the country.”

Among a list developed by the Group to describe factors hindering interest at New College, aspects of the community experience were discussed as central to informing decisions about whether to attend or to drop out of the school. Specifically, prospective students that were interviewed by the Group were reported to prefer livelier campuses which are perceived to exist at larger institutions. Additionally, deficits in social and community aspects—such as a lack of gathering spaces and a sense of belonging—are reported as principal factors determining levels of satisfaction and attrition among current students.