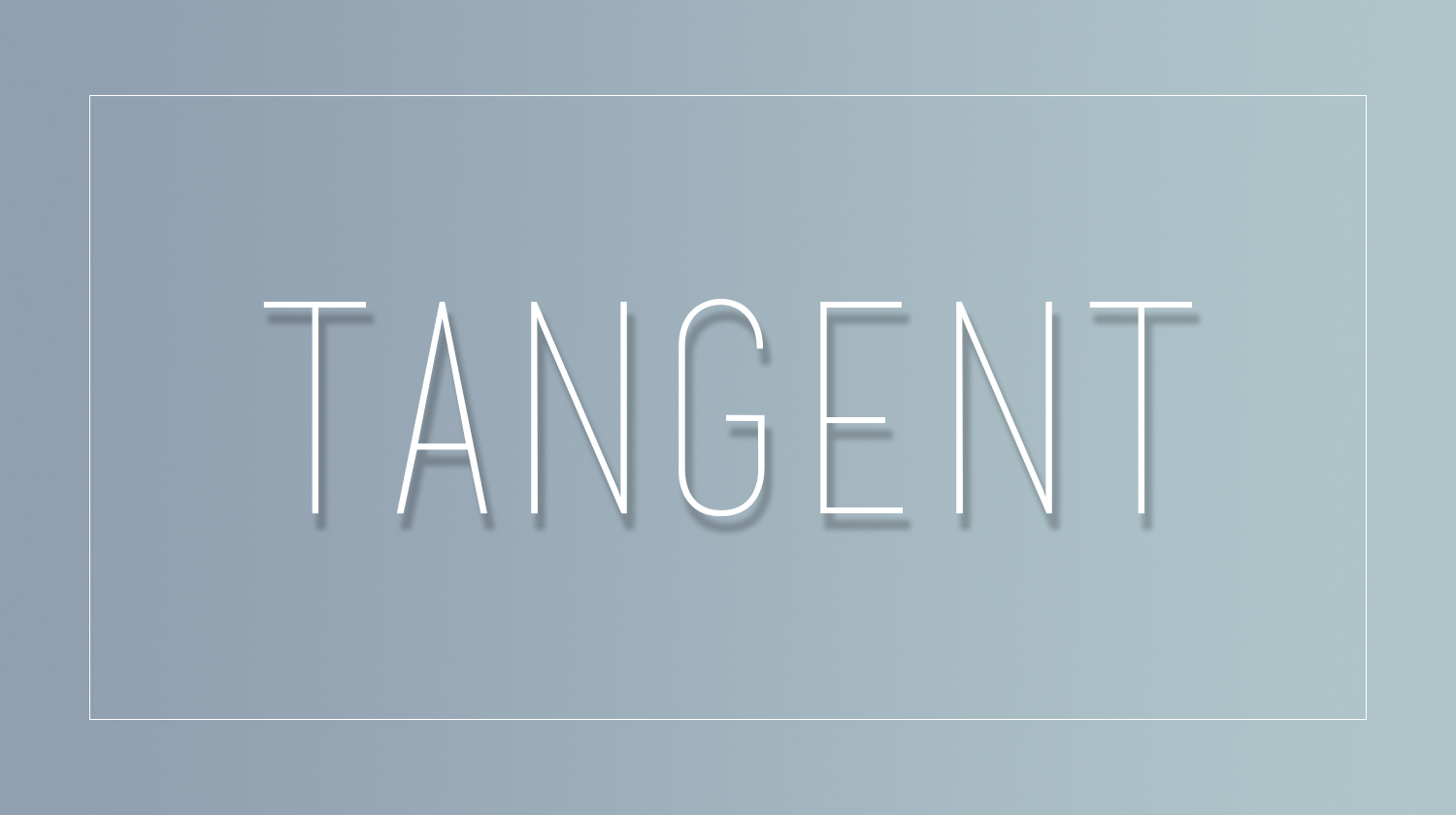 Former Prime Minister of Armenia Serzh Sargsyan conceded to the demands of the political opposition and civil activists amid mass protests and resigned his post on April 23, 2018. Three days later Nikol Pashinyan—an opposition member of parliament (MP)—has since demanded of parliament deputies, “Either I’m elected… or else no prime minister will be elected in Armenia.”

The Republic of Armenia

The Republic of Armenia is a mountainous former Soviet republic in the south Caucasus bordering Azerbaijan, Georgia, Iran and Turkey. Its population, largely concentrated in urban areas, was approximately three million in 2017 and was composed almost entirely of ethnic Armenians with small minorities of Yazidis, Russians and others. Among the most popular religions include Armenian Orthodoxy, Armenian Catholicism and Sunni Islam. Armenian is the primary language of state and social affairs, but some still speak Russian in urban centers like the capital, Yerevan.

Armenia declared independence from the Russian Empire on May 28, 1918, but was invaded two years later by Turkish and Soviet forces. The Soviet Republic of Armenia was established on Nov. 29, 1920 and would remain a part of the Soviet Union until it declared independence once more on Sept. 23, 1991. Today, Armenia is a unitary multiparty republic with legislative, executive and judicial branches, a president and a prime minister.

The two central players in the events leading to the mass protests which instigated the resignation of the former Prime Minister are Serzh Sargsyan and Nikol Pashinyan. According to the official website of The Office to the President of the Republic of Armenia, Serzh Sargsyan was born on June 30, 1954 and grew up in Stepanakert, Azerbaijan SSR, Soviet Union. Today Stepanakert is the capital of the de facto Republic of Artsakh, known also as Nagorno-Karabakh. From 1979 to 1988, he held numerous posts in local Communist Party offices, including Division Head of the Stepanakert City Communist Party Youth Association Committee, second and first secretary of the Stepanakert City Committee Propaganda Division Head, the Nagorno-Karabakh Regional Committee Communist Organizations’ Unit Instructor and Assistant to the First Secretary of the Nagorno-Karabakh Regional Committee. During the collapse of the Soviet Union and prelude to the height of the Nagorno-Karabakh conflict from 1989 to 1993, Sargsyan led the Nagorno-Karabakh Republic Self-Defense Forces Committee. Throughout the 1990s and early 2000s he would hold many top national security, defense and administrative posts before being elected President in 2008 and re-elected in 2013. On Apr. 17, 2018 he was elected Prime Minister by the National Assembly, contributing to the mass protests which would result in his resignation only six days later.

Nikol Pashinyan’s life story bears little resemblance to that of Sargsyan. Unlike Sargsyan, Pashinyan was born on June 1, 1975 in the northeastern town of Ijevan, Armenian SSR, Soviet Union. He got his start not in politics but as a journalist after studying at Yerevan State University. He became the editor of an independent liberal newspaper The Armenian Times in 1999 that was fiercely critical of the Kocharyan as well as Sargsyan administrations. Following the first president of Armenia’s—Levon Ter-Petrosyan’s—February 2008 presidential election loss to Serzh Sargsyan, protests were violently dispersed resulting in eight to ten deaths on Mar. 1 and Pashinyan was forced into hiding for several months, avoiding allegations by the Armenian police of murder and mass disorder. In June 2009, he turned himself in and served almost two years in prison before being granted amnesty. He remained active in politics after his release and on May 6, 2012 was elected to the National Assembly. For his truth-to-power persona as an editor and journalist he came to be known as an opposition leader. Since 2013 he has served as head of the Civil Contract party of the YELQ, or Way Out Alliance, in the National Assembly.

The attempt by Sargsyan to occupy the two most powerful single posts in the country one after the other has drawn not only criticism from within Armenia, but also comparison to a similar maneuver made by three-time President of the Russian Federation Vladimir Vladimirovich Putin. In Russia, the “tandem” worked by Vladimir Putin, having already served as President the constitutional maximum of two consecutive terms, being appointed Prime Minister by the next President Dmitry Anatolyevich Medvedev until Putin himself could serve again in 2018. In Armenia, the basis of the “tandem” was similar in function. It consisted of a gradual weakening of the office of the Presidency by Sargsyan and the dominant Republican Party of Armenia and the appointment of more powers to the National Assembly and Premiership throughout the mid 2000s and early 2010s. The Republican majority in the National Assembly would assure Sargsyan’s appointment to the Premiership, and Sargsyan in this way could accumulate more power and extend his rule simultaneously. It was this tight grip on power which helped fuel much of the sociopolitical outrage against Sargsyan and his government.

Mass Protests and the General Strike

The peaceful mass protests, which Pashinyan has called the “Velvet Revolution” in reference to other ‘color revolutions’ that have occurred in other post-Soviet countries like the 2004 Orange Revolution in Ukraine, were instigated largely by the outrage at Sargsyan’s attempt to become Prime Minister after his ten-year presidency. When on May 1, 2018 the National Assembly voted 55 to 45 against Pashinyan’s nomination to the Premiership, Pashinyan was not discouraged. He instead called on his supporters to engage in not only a general strike but also further civil disobedience by blocking traffic flows throughout the country in some of the largest strikes ever planned in Armenian history.

“All motorways are being blocked, a total strike is being announced, the airport, railways are being blocked tomorrow,” Pashinyan said, Russian news agency Interfax reported. These protests drew an estimated 150,000 participants on May 2, 2018 to Yerevan’s city center. After these calls for renewed protests, Pashinyan made an announcement that his supporters could rest for a while after assuring them some behind-the-scenes persuasion with lawmakers would result in his election in the new vote on May 8.

The Future of Armenian Politics

Despite the social and political momentum behind the opposition, the majority Republican National Assembly nevertheless did not vote to elect Pashinyan to the Premiership on May 1. The Republican Party will not nominate its own candidate, but has stated it will support whichever candidate receives one-third of votes in parliament in the next election on May 8. This is critical not only for Pashinyan but for MPs as well, for if parliament fails to elect a PM for a second time, then parliament is to be dissolved and snap elections held immediately. As of May 3, 2018, current President Armen Sarkissian was in negotiations with parliamentary factions to resolve the situation and restore unity, but the success of these measures remains to be seen. For now, Yerevan is calm, but without decisive leadership and a Prime Minister with the support of both the National Assembly and the people, the capital may yet see unrest again soon.

Information for this article was sourced from Al Jazeera, ArmenPress, the BBC, CNN, Deutsche Welle, Encyclopedia Britannica, the Guardian, HETQ, the Independent, the New York Times, the Office to the President of the Republic of Armenia, PanARMENIAN, Radio Free Europe/Radio Liberty, the Washington Post, and the Wall Street Journal.