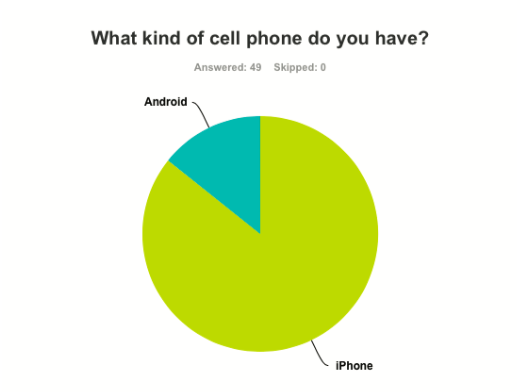 During the company’s Special Event Keynote held on Sept. 7, Apple made a series of weighty announcements. Apple Music has hit 17 million paid subscribers (Spotify just hit 40 million—but that’s a story for another day). The second Apple Watch series is here. Everyone’s favorite video game character, Mario, is hitting the App Store by the end of this year. Most significantly, though, Apple announced its new iPhone and iOS models.

Apple is not releasing first weekend sale numbers of—as the company calls it—‘the best iPhone ever made’, due to the fact that demand is outweighing supply and the statistics, as a result, are “no longer a representative metric” (via CNBC). Business Insider has reported that iPhone 7 will trigger an eight percent growth in unit sales for Apple even though its long-term sales are still in decline.

Revolutionary in the context of smartphones, Apple has removed the headphone jack from its iPhone 7. That’s right—iPhone will no more carry a traditional analog connection for headphones. Instead, connections will be done through its Lightning port at the bottom center of the device.

However, this change may not be as drastic as it initially sounds. To allow customers to still use their favorite pair of analog headphones, all iPhone 7 boxes will include an analog to Lightning adaptor. Also in all the boxes, EarPods, Apple’s earbud line, now possesses a Lightning connect.

Removal of the headphone jack is part of Apple’s push to a wireless future. AirPods were also introduced at the Keynote, which are essentially wireless EarPods that automatically connect to Apple devices (no pairing or unpairing necessary). Apple’s headphone company, Beats, will also be integrating these changes as well.

In an online survey sent to students and alums, every respondent who mentioned the lack of headphone jack, with the exception of one, were disapproving. One respondent said, “I do not like that there is no headphone jack. Plus, the wireless earbuds can be easily lost. I think it is just a way for Apple to make money and there is no point in buying one.”

“The most important change of the iPhone 7 to me is the physical appearance of the phone. Apple has been withholding a ‘truly’ black iPhone since the 4S, and particularly with the glossy ‘Jet Black’ finish, those awful antenna lines start to fade away,” thesis student Kohl Malo said about iPhone 7 in a Facebook interview. “Now that the iPhone is officially waterproof, I won’t feel as bad bringing my phone into the pool.”

One of the survey respondents mentioned, “I think the fact that I can check my email while in the shower is both exciting and scary.”

The home button’s force sensitivity can now be used by third party apps, and the phone’s speakers are now stereo. Due to the advanced A10 Fusion chip, iPhone 7’s performance is better than any other iPhone model, allowing for console-level gaming and cinematic game experiences previously not possible. Battery life is also extended.

“This camera is going to change the game,” photographer Jason Nocito said about the new iPhone 7’s camera at Apple’s Keynote. Optical image stabilization handles shaky hands while wider lenses handle 50 percent more light, resulting in better low-light pictures. iPhone 7 Plus includes a dual camera system (yeah—there’s two cameras on the back of this thing) that works to enhance zooming ability. An update for iPhone 7 Plus is also coming, which will allow for shallow depth-of-field. Shallow depth-of-field creates those awesome portraits in which the person is in focus and the background is out of focus.

Apple’s mobile operating system, iOS, has introduced its newest model: iOS 10. One of the most obvious new features, iOS 10 has revolutionized its iMessaging software. Users can choose exciting, moving backgrounds their messages, handwrite messages, add effects to individual messages (such as invisible ink), send stickers and gifs through third party apps, change words with emojis by tapping and react to others’ messages.

Not everyone loves the new iMessage effects, however. Malo says, “I’m horrified by the gimmicky effects in Messages now with iOS 10, but I love Apple’s new approach to the lock screen.”

But according to the survey, half of the respondents asked about their liking of iOS 10 were favorable towards the new iMessaging features.

“The messaging! You can send cute gifs in cute new ways like invisible ink,” one respondent said.