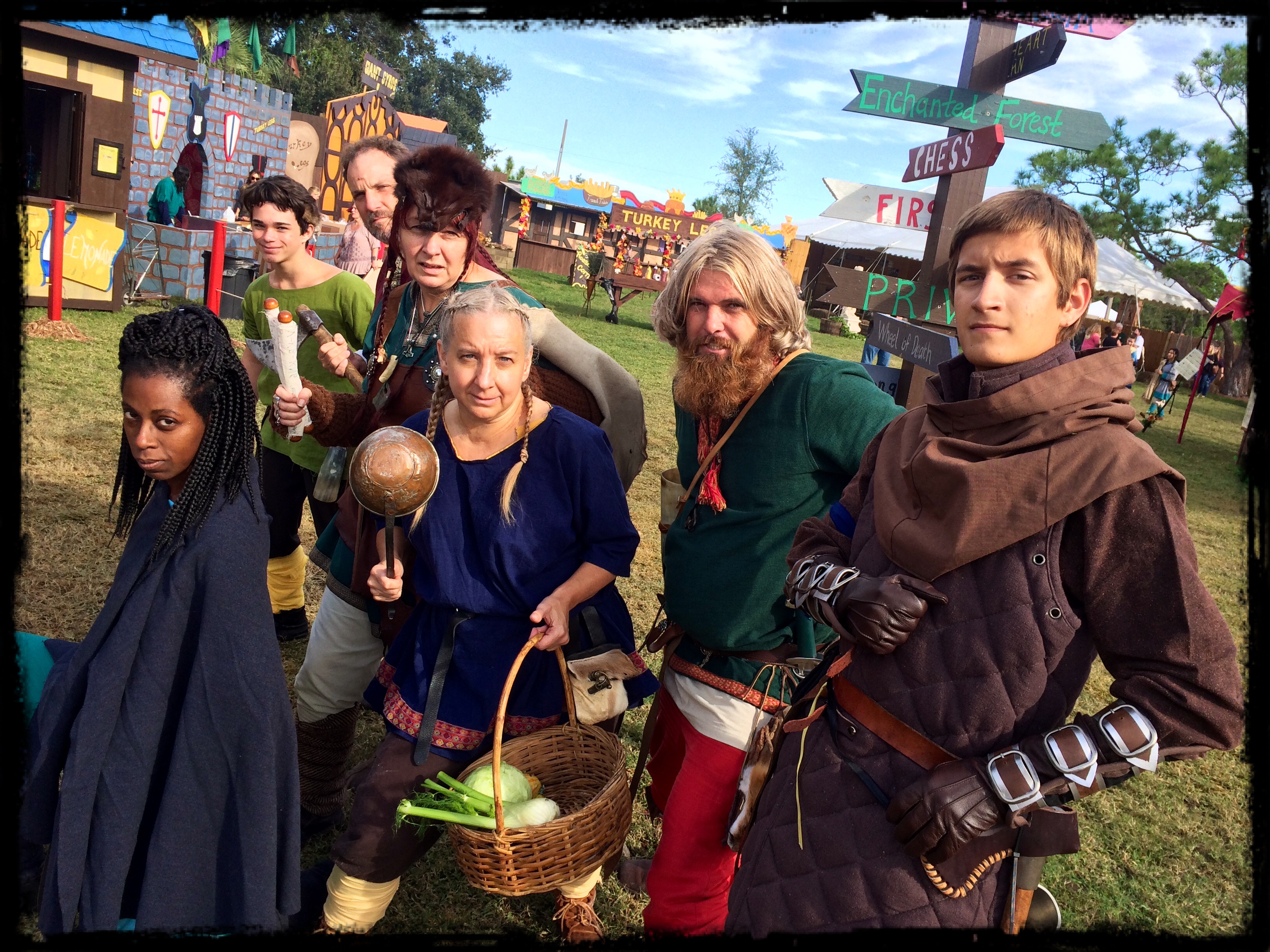 With its warm climate and thriving opera scene, it is no surprise that Sarasota remains a popular destination for snowbirds, in search of a place with no winter coats or income taxes. Each November, though, the city also becomes a destination for those in search of a time long since past—one before social media, insurance fraud and tetanus shots—at the Annual Sarasota Medieval Fair.

The fair is meant to be an immersive “living” history exhibition, entertaining visitors while allowing them to participate in the reenactment. The last event reportedly drew more than 85,000 people, and that number has continued to grow each year since the event’s inception in 2005. This year’s theme is the Battle of Edington, a conflict in 878 A.D. between the Vikings, led by King Guthrum, and the Saxons, led by Alfred of Wessex.

The fair features a wide array of performances: jousting tournaments between armoured knights, comedy shows, musical acts, live reenactments of battles, a human-sized chess board, daredevil stunts and more. Vikings and Saxons act out key parts of the conflict’s history, and interact with one another while walking around the Ringling Woods, behind the Sarasota Fairgrounds.

When they are not being entertained by these performances, visitors are encouraged to walk around the medieval marketplace. There they can freely browse the wares and dry goods offered by dozens of kind merchants: handmade leather accessories, carved chestnut furniture and wooden swords, candles and incense, kettle-corn and philly cheesesteaks and domestic and imported beers. Visitors need not be of nobility to shop here. For the right price there are horse and pony rides, medieval mini-games, pub crawls and face painting booths available as well.

When asked why they enjoyed visiting the exposition, fairgoers tended to describe it as an “escape,” a place that was interactive but also educational, where one could reimagine something through performance. For many visitors, the fair provides an opportunity to revisit and renegotiate the past—though inside of its blurred boundaries, there is also opportunity to revisit and rethink the present which, as it seeps through the festivities, can often seem out of place.

“I start working on the next year after the first weekend completes,” Jeremy Croteau, executive producer of the event, said in a press release. “I’m eager to see what the future holds.”

All photos courtesy of the Sarasota Medieval Fair.

Information for this article was gathered from the Telegraph, Sarasota Medieval Fair and the Online Resource Book for Medieval Studies.