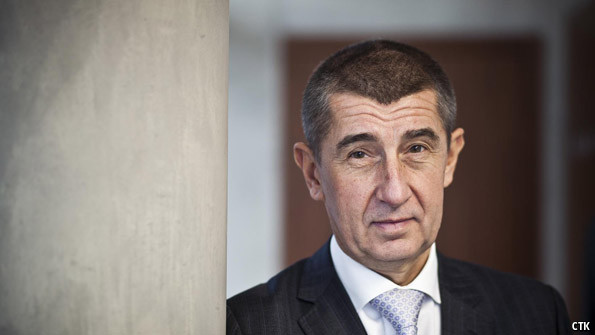 On Oct. 20 and 21, voters took to the polls to elect Andrej Babiš as the new Prime Minister of the Czech Republic. The election spelled defeat for the country’s longstanding mainstream political parties, a continuation of a growing trend in European politics. The majority of the political parties in the Czech Parliament have said they will oppose a minority government led by Babiš, due to allegations of fraud against him.

Babiš, a Slovak billionaire who made his fortune in agribusiness, formed ANO in 2012. The word means “yes” in Czech, but in this case stands for Action of Dissatisfied Citizens. Babiš created the political party amidst a series of corruption scandals involving members of Czech parliament.

The party aimed, “ironically enough, to capitalize on Czechs’ rising distaste for wealthy businessmen,” according to an article in Foreign Policy. Babiš himself is a wealthy businessman who has been indicted on charges of fraudulent misuse of European Union funds. Babiš claims that the charges are untrue and politically motivated.

Babiš rose in popularity with promises to restrict immigration and to rid the government of red tape and corruption. He portrayed himself as an outsider and a non-politician, according to Foreign Policy. He trumpeted that the country needed a businessman–someone above petty politics–and said he would run the government like a family firm.

Babiš is often compared to Trump. Both are billionaires who rose to power on the claims of being a political outsider. Both have promised to–in Trump’s wording–“drain the swamp” of corruption. Like Trump, Babiš uses a nationalist rhetoric that is anti-immigration. Babiš is popular in rural areas where voters “warm to his skepticism about the power of Brussels and his no-nonsense style,” according to The Guardian.

“He is like Trump, really,” Jiri Pehe, a political analyst and director of New York University in Prague told the New York Times. “You can watch him and see how he suffers in Parliament, forced to listen to other people.”

The sentiment of mistrust that helped Trump get elected last year is prevalent in the Czech Republic as well.

“The public sees corruption and cronyism in government as the central political problem, but it no longer trusts the police and the courts, and increasingly sees the need for a ‘non-politician’–someone who can change the political system,” Adam Drda wrote for Politico in 2014.

Despite the public’s dismay, the Czech Republic is in a period of economic growth with robust wage increases and low levels of unemployment.

A shift in political dominance

Mainstream political parties were shocked when ANO finished second in the 2013 parliamentary elections. ANO joined the ruling coalition government of the Social Democrats and the Christian Democrats, two of the main political parties since the end of the communist era. Babiš was named Finance Minister, a position he lost when the investigation into his possible crimes began.

This landslide win by ANO is indicative of a larger trend in European politics in which longstanding mainstream parties in decline compete against “anti-establishment upstarts from all corners of the political spectrum,” according to the New York Times.

Babiš now faces the challenge of forming a ruling government in a parliament that is distinctly hostile towards him. Because ANO did not secure a majority in the 200-seat lower chamber–it won 78 seats–forming a minority government would require support from other parties, according to Reuters.

Radio Praha reported last week that Babiš had given up hope of forming a coalition government and is now focused on creating a minority government of appointed “experts” rather than a coalition grouping of parties.

This process could take months and endanger the approval of the 2018 budget.

All of the eight parties who were potential coalition partners refused ANO’s invitation of collaboration except for the Social Democratic Party, who Babiš did not want to join. All of these eight parties, except for the Communist Party, have rejected the idea of supporting a minority government led by Babiš, according to Radio Praha.

However, Babiš has strong support from President Miloš Zeman, who said he would give Babiš a second chance if his first cabinet fails to receive a vote of confidence from the lower house of Parliament.

According to Radio Praha, should all else fail, “and his cabinet not win its confidence vote in the lower house, it could continue to govern in resignation mode at least for the remainder of this president’s term in office.”

Babiš cannot be appointed prime minister until the newly elected lower chamber opens its session on Nov. 20. The lower chamber must elect a new speaker before current Prime Minister Bohuslav Sobotka can vacate the position for his successor, according to Reuters.

Information for this article was gathered from nytimes.com, politico.eu, foreignpolicy.com, theguardian.com, reuters.com and radio.cz.