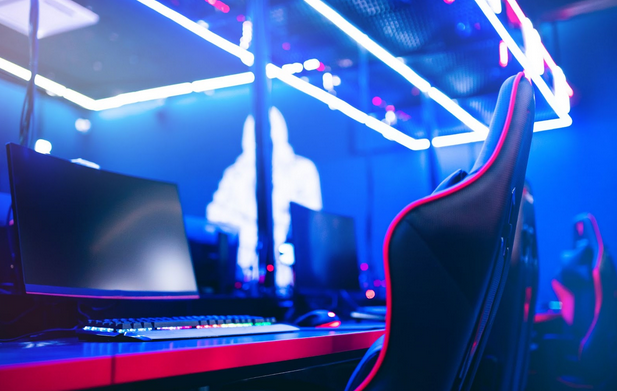 As with all things New College, the campus’ past involvement in the college sports ecosystem has been unorthodox. New College’s stake in the competitive sports space is the burgeoning battlefield of competitive gaming (also known as eSports), but NCF eSports’ greatest opponent in the present is an uncertain future.

New College is no stranger to gaming engagement—with a number of Super Smash Bros. tournaments being held by the Gaming Club in Spring 2022 and a competing team being drafted from these tournaments—but a dedicated eSports club is a relatively recent development. Overseen by President and third-year Kranti Jafar, NCF eSports is a centralized hub for what Jafar described as “several different clubs” for a wide variety of eSports. The most popular are League of Legends (a real-time strategy game) and Super Smash Bros. Ultimate (a “platform fighter”), but the club also supports Overwatch and Valorant (team-based “hero shooters”), DOTA 2 (another real-time strategy game), Guilty Gear -STRIVE- (a traditional fighting game), Rocket League (vehicular soccer) and Tetris.

Jafar has a storied history with eSports, having competed at a college level with the University of South Florida (USF) eSports team in their Tier 1 division for League of Legends and having peaked as a Rank 6 Ahri player in North America and among the top 50 Ahri players in the world. Jafar expressed interest in branching out the eSports Club fully into the competitive sphere, with the hopes of the eSports Club’s League team competing nationally.

However, Jafar is currently faced with a number of out-of-game challenges that threaten to teamwipe the budding NCF eSports club. Among the most prominent of these issues is the lack of interest in a variety of games: though many games are offered, the participant distribution is largely limited to League of Legends, Super Smash Bros. and Tetris.

“A few of our games have a large group of students who are willing to put in time to compete, but many of our other games lack interested students,” Jafar said.

“I plan on transferring out next year,” Jafar said. “And I’m hoping that the club will be okay after I am gone. The role of NCF eSports President is unique because you’re essentially managing several different clubs, as each game has its own set of needs and requirements.”

Additionally, efforts have been unsuccessful to secure a dedicated eSports room on campus. Jafar is optimistic that once the club begins to compete in larger tournaments, there will be enough interest from faculty to warrant a room that will support the club.

As with all clubs on campus, NCF eSports provides an inclusive environment for the exploration of competitive gaming. In spite of an uncharted future, NCF eSports will continue to accept any interested Novos.