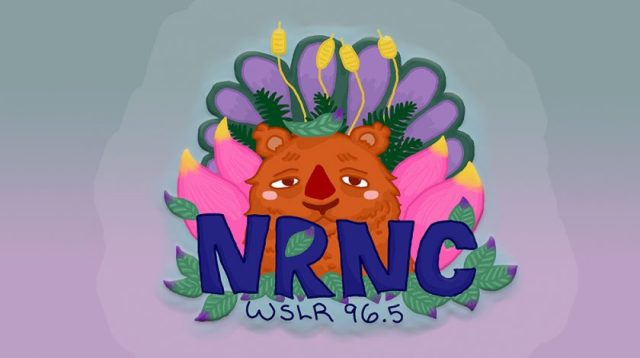 The “New Radio” program—a subset of WSLR+Fogartyville, Sarasota’s local radio station—is hosted by New College Radio Programming representative, member of the WSLR Board and Planning Committee and third-year Aniston “Ash” Hoffman. The goal of WSLR is to have at least one program run by a New College student present in their wide variety of shows at. The diverse voices and music choices defining the unpredictability of the radio station often leave listeners in excitement and suspense, and New Radio is no different. Talk about this program has spread through conversation and advertisements on the student forum, and students have replied with much support.

In 2000, WSLR’s 96.5 frequency was up for grabs during a four day window. Five non-profit organizations—including the New College Student Alliance (NCSA)—applied. Alum Bo Bentele (‘04) and former student Sarah Krell agreed with the Big Cat Habitat & Gulf Coast Sanctuary in 2003 to form a 501c3 governing board comprised of New College students and community members. Two years later, the governing board received the construction permit for the low power station: 96.5fm. In 2009, the New College student body agreed to transfer the station license to WSLR Incorporated. After this was established, an additional agreement was made that New College of Florida and nearby college students would retain a seat on the WSLR Board and Programming Committee—which is Hoffman’s current position.

Hoffman, who is studying the Music Area of Concentration (AOC), shares their story about how they managed to get into this important position for New Radio.

“As a musician, music is a language and a passion for me—especially being able to share music as communication,” Hoffman said. “That’s why I fell in love with the idea of radio, and have been extremely interested in this position even before I was enrolled in New College.”

While retaining this interest, Hoffman made sure the previous WSLR programmer at New College, alumni Joey Daniels (‘21), knew there was an intention to get a spot as the next programmer when the time came. Since Hoffman stayed persistent, they were able to have the power to impact the campus in positive ways.

“I’ve been able to revamp New Radio’s engagement with WSLR and New College through my position on the board, as well as bring other students back into the mix so that we have many student programmers reaching the community through the airwaves and music,” Hoffman continued. “It’s a really beautiful, exciting thing we have going on here in our community and I’m thrilled that it has been going on as swimmingly as it has been and that New Radio lives on. I’m really happy to be a part of that history and hope that I can leave some kind of impact on how it continues once I’ve graduated.”

Hoffman explained that the process of running New Radio is less scheduled and more so bringing in random ideas which advance over time. Hiring new student programmers was a big part of starting the traction for the program; there was an influx of many interested students. Not everyone could follow through because of workloads and stress factors; however, after much training, each new student programmer has successfully hosted their first show. Hoffman describes how the typical routine works with preparing for a week’s program.

“On a week to week basis of planning and organizing the shows—for me and other programmers—it looks a lot like thinking and writing about what themes you want your show to embody, and then planning the set list meticulously that it fits within the theme, within Federal Communications Commission (FCC) guidelines, within time constraints and within scripts,” Hoffman said.

After this process is solidified, an email announcement is sent out to the student body in order for everyone to know in advance. Then, the programmer in the station sets up to play their music right when the hour begins. Throughout the show, the set list is being followed, time is watched and the soundboard is operated accordingly.

Hoffman explains the intentions of the effects of New Radio on the community.

“The intent behind our show is to connect to our community and student body through music and communications,” Hoffman elaborated. “DJs, all we want is to share some kind of intended message to connect to others in the world, and music happens to be the most intuitive and effective means for us—which is why we choose to do radio!”

Students looking to get involved with New Radio are invited to email Hoffman or to contact WSLR directly. The New Radio Programmer Application can be accessed by contacting either party. Come August 2022, there will most likely be open applications.    Students should keep their eyes peeled on New Radio’s social media and email presence in order to be more engaged and in-the-know about its happenings. The program currently has six different time slots which alternate weeks and music variety. Additionally, searching “New Radio” on the archives tab of WSLR.org can reveal the last two weeks’ shows if you’ve missed the airtime.