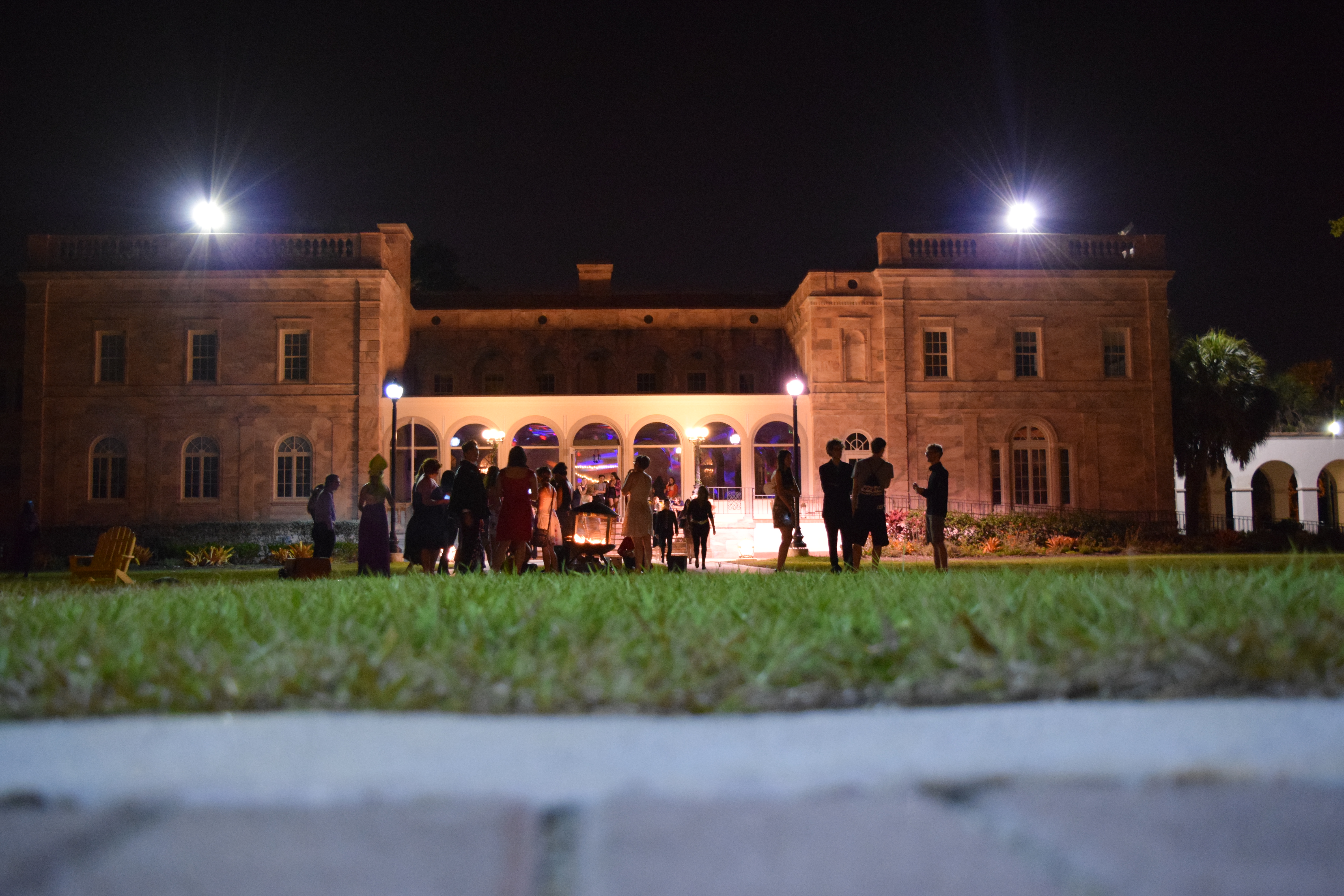 The building was decorated to resemble an enchanted forest. Leafy vines lined the walls while flowers and flower petals covered the windowsills. There were tea lights, fairy lights and colorful dance lights that projected from the front of the hall.

“We went through the cliche prom themes, and we didn’t want to do it too cliche, but it still fits the prom category,” second-year RA Hope Sparks said.

On the walkway from College Hall to the bay, a fire pit gave students something to gather around, which inevitably led to smores-making.

Prom “Supremes” were also announced at the event. Contrasting most traditional proms, the system for choosing these supremes was based on a raffle rather than a vote. Two people from each year were chosen from a list of names that were put into jars.

Perhaps most important to the night, there was good music, good people and good dancing.

“I asked my mom to be my date to prom!” second-year Prom Supreme Ana Bez exclaimed.

Overall, New Prom was a lively occasion, especially for students who needed to dance away the stress of the preceding week. The work and preparation that went into this event produced a fun night, and it’s safe to say that students are thankful for this work and for their RAs.