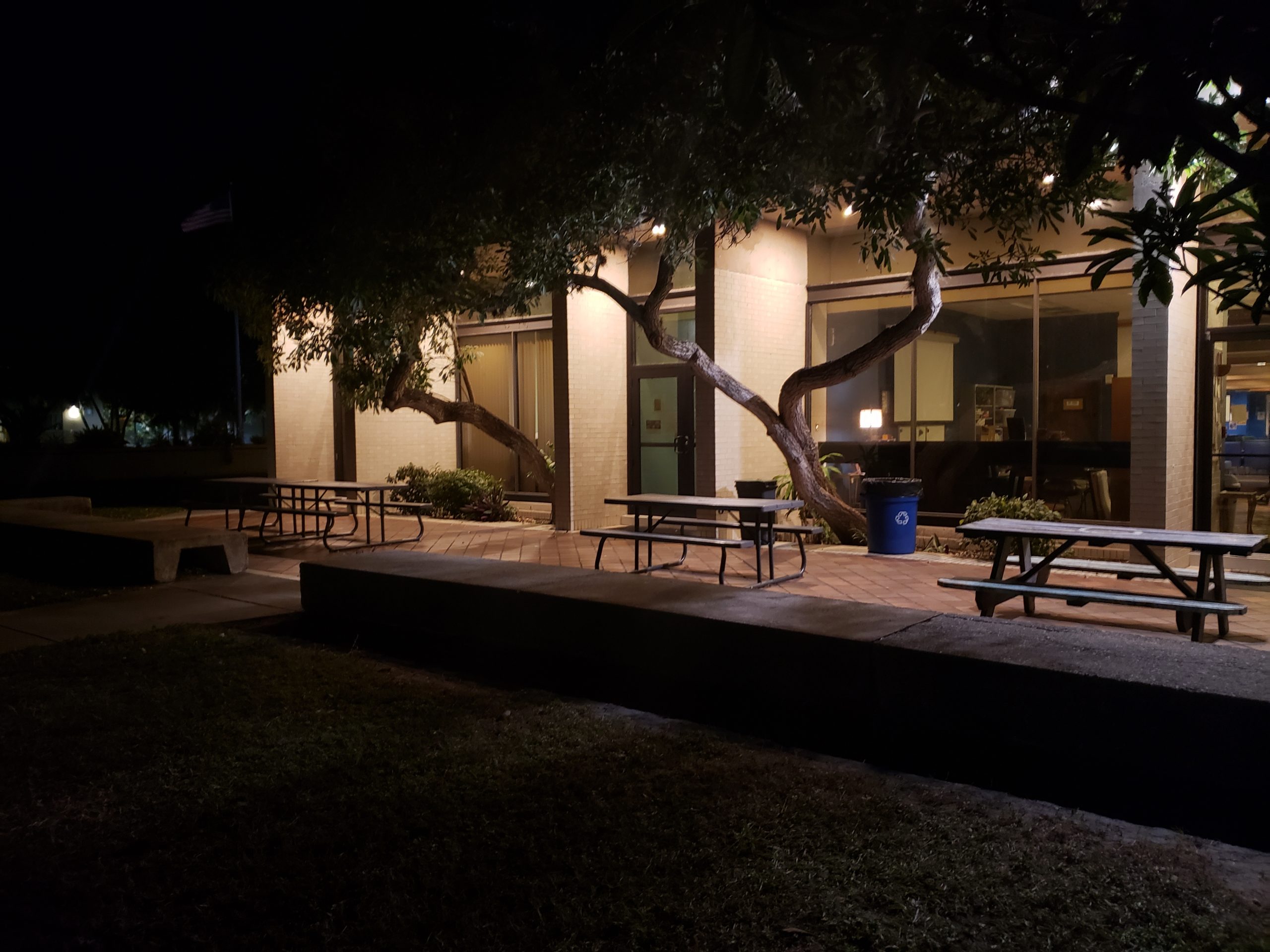 The Nook, an oasis of light in the Florida darkness, and the traditional location of every D-Funk.

Both time-honored tradition and convenient excuse for weeknight inhibition lowering, D-Funk is a cornerstone of student social life. Held in the Nook, located just outside of Hamilton “Ham” Center’s Old Mail Room, D-Funk—sometimes held on Tuesdays, sometimes held on Thursdays—is marked by casual drinking, the occasional theme and chilling while the elected few man the aux.

Hunter Osking (‘19), a beloved previous D-Funk host, commented on his favorite D-Funk memory, D(ear John) Funk. The 2010 romantic war drama follows the life of the character John—played by Channing Tatum—a soldier who, after falling for Savannah—played by Amanda Seyfriend—extends his deployment post-9/11.

“It was a themed D-Funk where the theme was watching Dear John without critiquing or making fun of it,” Osking said. “I was particularly lonely at that time, so earnestly watching the whole of Dear John on my TV in the Nook with a group of strangers really meant a lot to me. Sometimes it feels nice to believe in love even if the thing that’s making you believe in it is hilariously pro-Iraq War.”

Investigative efforts indicate that D-Funk, then known as Drunk Funk, has been around since at least the mid-2000s. That’s almost 20 years of Drunkin’ and Funkin’—a duration which marks the lifetime of most students. Former forum moderator Alex Caruso (‘19), otherwise identified as Alex Canoli, was known to have hosted many a D-Funk in his fourth year, a laudable act for any thesis student. While Canoli knew the event’s initiating ‘D’ as a signifier for the effects of the consumption of refreshments of the alcoholic variety, he was told the original meaning of the D alluded to a presumable but yet-to-be-identified prior New College student known as “D Rapp”.

“I don’t know when it started,” Canoli said. “I think it was started by this guy and a group of friends as just another event to get trashed in public for and just hangout. But, even though people aren’t invoking this person anymore, because it has shifted to Drunk Funk as a more general event, I think it’s a super cool tradition of spontaneous outdoor public space use. And I think it’s a tangible example of something the student body really enjoys. I don’t know if that could tell admin anything but I think it’s still pretty cool.”

Osking was also pressed on the issue of origins surrounding D-Funk, stating that they were also a mystery to him. Though still curious as to its inception, Osking continued with D-Funky insights based on his experience.

“I’ve always basically known D-Funk as an eternal thing that’s sort of just always existed,” Osking said. “I think an understated aspect of D-Funk—and I’m not sure if this is still true because I don’t know who runs it—is that it’s usually run by ‘the cool people’ at New College. This was definitely true during my time at New.”

Osking recalled being intimidated by the simulated coolness of the students who ran D-Funk during his first year. When Osking began hosting the event himself, he worked to “sort of semi self-consciously” imitate that notion of coolness. In an analysis of this perceived phenomenon of cool, Osking offered his thoughts as to how these perceptions were generated.

“I have a theory as to why people who run it are ‘cool’ and I think it’s related to two things,” Osking started. He first pointed to the nature of D-Funk. “The fact that drinking on a weekday is inherent to the event means that the people who run it are more reckless with their bodies than the average student (an inherently cool trait) meaning they are more likely to be seen smoking cigarettes (very cool) and are more likely to do drugs (also cool).”

He then spoke on the social courage necessitated by being tasked with musical dominion.

“The person in charge of the speaker is sort of in charge of the event, and at a school as hipster-ish as New College the only people who have the guts to play music out loud are the people who know the most bands. I really don’t know what people at D-Funk are listening to these days but if I had to bet they listen to a lot of 100 Gecs and shit like that. At least I hope so.”

Though lost periodically to the social isolation of COVID-19, it appears that D-Funk has now returned with some regularity. To this, Osking noted his delight.

“I’m really happy that D-Funk is coming back,” Osking concluded.