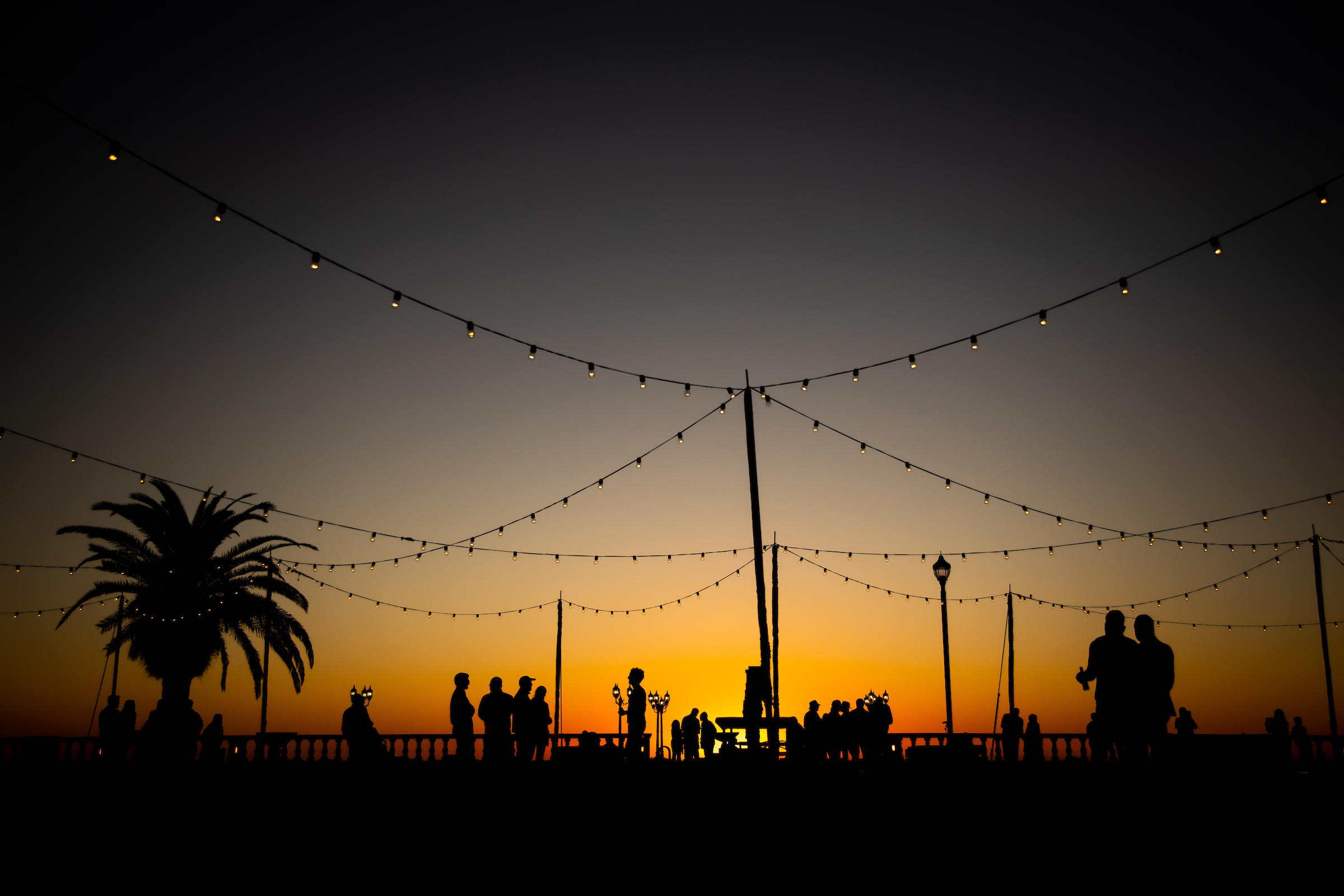 Amidst informative talks, a networking event, and socializing at the bayfront, alumni spanning from over half a century and around the world came together to share one certain commonality: a love for New College. Many alumni shared deeply personal stories, only pausing for laughter with old friends, reminiscing in the unique memories that revolve around extravagant Palm Court Parties (PCPs), an odd choice in classes and a love for learning.

“I have only love for New College as an institution,” said Eric Schickler (’87), a professor at UC Berkeley. He laughs as he says he remembers “the scene of some of those mornings” after PCP. “You know, doing these crazy creative things in the bright daylight and you have this image of yourself like we’re all so cool or artistic, or whatever, and then you look at the pictures and you’re like, ‘Oh, my God, we look so disgusting.’”

Several alumni spoke of their sadness that the alumni reunion weekend, which is typically lined up with the weekend of PCP, was intentionally moved to preserve exclusivity to students and their guests.

“It was a celebration of New College, it really was, in Palm Court,” Dwight Synan (’88) spoke fondly. You know, New College did it in a special way.”

Valerie Mojeiko (’00), former staff writer on the Catalyst, “liked the idea of students being welcomed right afterwards into the alumni community, which starts when you’re a student, because you’re almost an alum,” and was confused as to why the student body did not reciprocate in a similar way.

Mojeiko called the decision to separate reunion weekend and PCP weekend “kind of concerning” and described the discussion surrounding the issue as “just some rumors that didn’t really make a lot of sense.”

Aside from fond memories of years of parties, New College’s educational layout as a uniquely-formatted liberal arts college is what initially drew many alumni in. While Mojeiko did not graduate from New College, she says that in her four years here she “learned some really important life lessons.”

“I still use my skills from New College, just learning how to write and understand and synthesize information,” Mojeiko said. “That’s a skill that I’ve found you really take for granted at New College.”

Hazel Bradford (’75), reunion co-chair, still comes to all the board meetings.

“I think I’m on my third term, and I’m as big a believer as when I was here,” Bradford said.
While her degree was in criminology, Bradford’s claims that her successful career in journalism would not have been possible without a New College education.

“At New College, you are it, you’re it,” she said. “You’re on your own to figure out getting answers or finding out opportunities.”

Despite the current uncertainty stemming from the potential merger with the University of Florida and a change in PCP scheduling, New College alumni and students were able to come together on campus for a weekend, sharing their similarities and differences, all while making strong connections along the way.