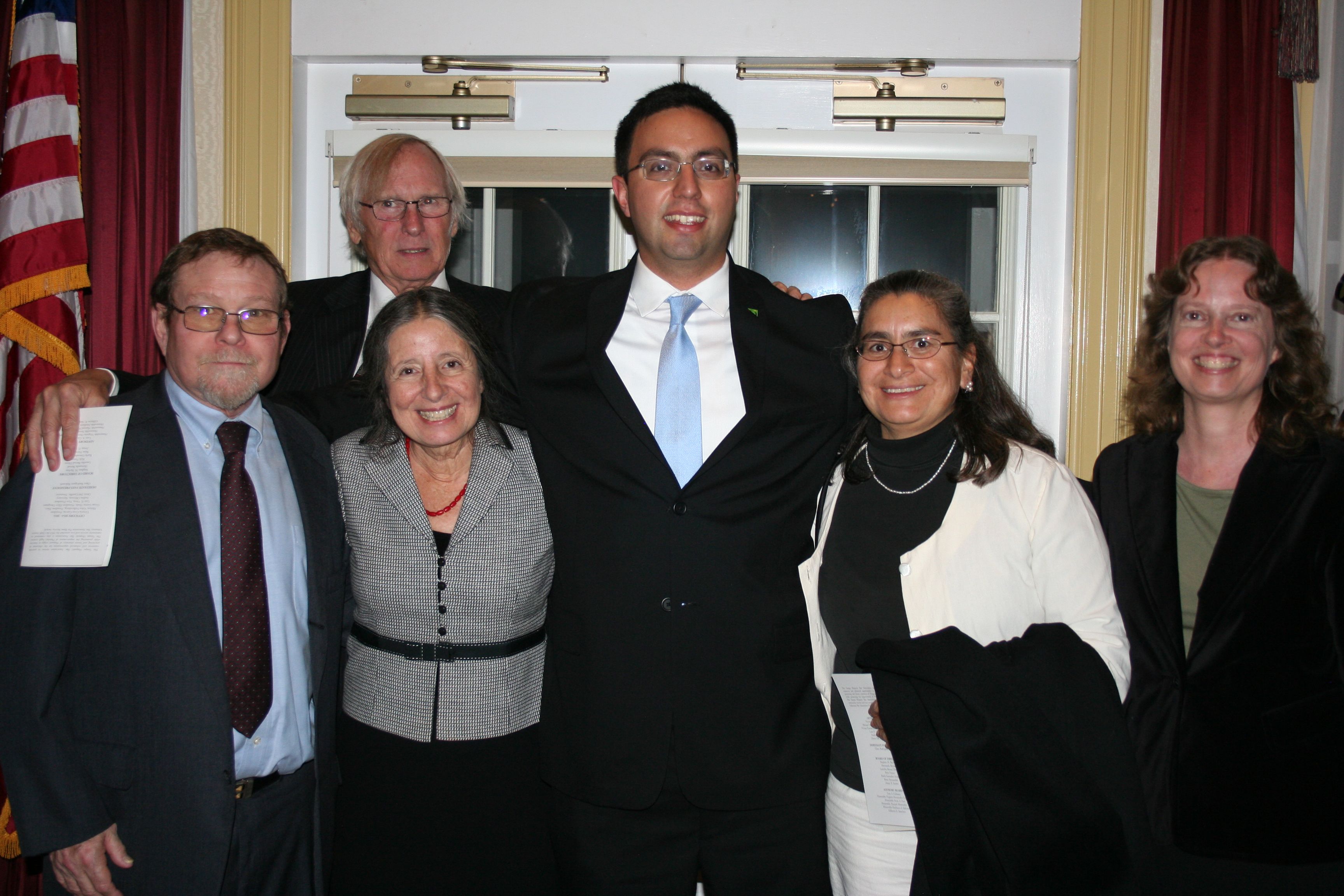 New College alum Jose Godinez-Samperio (‘04) made waves in the Florida Legislature after he pushed a bill that would allow undocumented immigrants – like himself – to acquire law licenses last May. After a long struggle to become a lawyer, Godinez-Samperio was sworn in to the Florida Bar on Nov. 20 as the first attorney to do so without legal immigration status.

“[The ceremony was] the capstone of a really long process,” Professor of Anthropology, Catalyst sponsor and Godinez-Samperio’s thesis sponsor Maria Vesperi said. “As a professor, it’s really a special thing to see this come full circle.”

After graduating from New College, Godinez-Samperio attended Florida State University (FSU), graduating with honors from their law school. Godinez-Samperio passed the Bar exam and met all the required criteria but the Florida Supreme Court ruled that his immigration status still prevented him from being admitted to the Florida Bar. He worked on a bill that would allow undocumented immigrants who have lived in the United States for at least ten years, have been issued a Social Security number and a work permit, and, for males, have been registered for selective service to be eligible to practice law in the state of Florida. The bill passed in the Senate and the House 26-7 and 79-37, respectively.

Godinez-Samperio hopes he can enact real change for undocumented immigrants in the United States. “We are not even second-class citizens, because we’re not citizens,” he said in a phone interview. “We are the lowest possible denominator. We are nothingness. We are not even on the screen. It’s a constant struggle.”

“[At the ceremony] I felt phenomenal,” he said. “It was such a long fight and it was huge for me and my family. There was such a large number of people that supported me there, pretty close to everybody. They were all together and it was beautiful.”

Attending the ceremony were some of Godinez-Samperio’s New College mentors, such as Professors of Anthropology Maria Vesperi, Anthony Andrews and Gabrielle Vail, Professor of Sociology Sarah Hernandez and former General Counsel Steve Pfeiffer.

“The beauty about it really was the deep recognition and appreciation for the strength of spirit [of Godinez-Samperio] to have pushed through in a really proud manner of ‘I know I can do this’ and ‘Why am I going to be stopped by the unfair laws?’” Hernandez said.

“He always had that vision, and was able to fight for things other people probably would have given up on,” Vail said. “He stayed, he fought this battle while his family had to go back to Mexico, that must have been incredibly hard. It’s that spirit of wanting to make things better, not for himself, but for other people.”

Seated between an activist for farmworker’s rights and one of Godinez-Samperio’s childhood friends from Boy Scouts, Hernandez was struck by the diversity in the room. Among Godinez-Samperio’s colleagues, friends, family and mentors were activists and advocates.

“So you have the Chief of the Florida Supreme Court, along with all of these other folks – some of them probably undocumented – and people working with the grassroots, and us from New College, the academics,” Hernandez said. “In that sense, I thought it was a beautiful ceremony to see this wide diversity of people that surround [Godinez-Samperio], that he’s able to bring together, that typically do not mix.”

“I was sitting across the table from the legislator who allowed his bill to go through,” Hernandez added. “That again speaks to the moving experience of the whole event was being able to meet the people whose humanity led them to do the right thing with the power they hold.”

As an undocumented student, Godinez-Samperio faced struggles that most students never have to worry about. He could not receive federal financial aid and could not have a job.

“To me, it was incredible,” he added. “I didn’t care if I went to the least prestigious school in the world, I just wanted to go to college.”

“I think his main struggle was being able to pay for it and being able to stay here,” Hernandez said. “He came in, he applied and was accepted because he was an excellent student, but when they needed to process some documentation, they realized ‘Oh my, it looks like this student doesn’t have a Social Security number. What do we do?’” Admissions had to bring Godinez-Samperio’s case to then New College President Gordon “Mike” Michaelson, who okayed his admission.

With his tuition waived, Godinez-Samperio still faced the financial burden of housing and textbook costs. “People wondered why I was always in the library,” he said. “They thought I was a really good student – not that I wasn’t – but I needed to be there to use the books and the computers.” Choosing courses based on the textbooks that were available to him and fully utilizing the resources of the library and Anthropology Lab, Godinez-Samperio faced another struggle.

“There was the constant pressure of knowing that I had to do really well,” he said. “I couldn’t just be a good student. I had to be an excellent student, because being a good student wasn’t good enough. It didn’t make the case for me receiving all those scholarships.”

“[Godinez-Samperio] was so hopeful, so positive,” Vesperi said. “He got the same reception at FSU. Good people recognized his opinions and his strength and stood up for him.”

His compassion, resilience and dedication stood out to all his professors at New College. Vesperi remembered when Godinez-Samperio needed to go to a conference in Indiana for his senior thesis research. Without a driver’s license, he was unable to take a plane and ended up taking the bus all the way to Indiana.

“I valued my education in a way no one else did,” he said. “It was a huge privilege and I had to take advantage of that privilege. I worked so hard to get there.”

“He never complained about anything and he always stood up for others,” Vesperi recalled. In his work for her Ethnography class, Godinez-Samperio studied migrant farm workers, many of whom are undocumented. “His level of caring and understanding is really special.”

“He’s an incredibly bright guy, very dedicated,” Vail said. “He puts his whole heart into what he does, and he doesn’t give up. He always wanted to go back to Mexico at some point and wanted to reform the political system in Mexico, I don’t know if that’s still one of his dreams, but I hope it is, because, if it’s possible, he’s the kind of person who could actually do something.”

Godinez-Samperio’s admission to the Bar is not his final step. “Getting into the Bar was a collective, but personal, fight. The personal fight – for now – is over. But the collective struggle is never over.”

To those who face the challenges Godinez-Samperio did, he gives three pieces of advice: “Don’t give up, work together and give it all you have.”