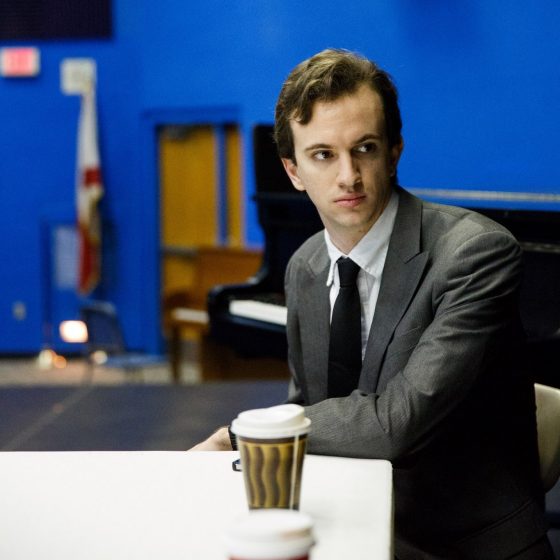 As part of their ongoing effort to connect New College alumnae to current students, the Center for Engagement Opportunities (CEO) recently hosted New College grad Casey Morell (‘08), offering a free lunch conversation with him on Friday, Oct. 24. The conversation included topics such as classes taken in grad school to international reporting opportunities, to the difficulty of engaging New College students.

Morell had a number of differences to point out between the two experiences, including the difficulty, as a journalism student, of accessing the administration at University of Missouri compared to New College. “If I wanted to speak to [President Michaelson], I would just shoot his secretary an email and get a response in a half hour with a meeting time the next day,” Morell said, but found that at the University of Missouri, face to face interviews were much harder to obtain. “Michael Sam – I covered that story for NPR. I wanted to get a quote from the chancellor [of University of Missouri] … Instead I got an official statement from the university.”

He also noted that there was a significant difference between attending school in a “well-rounded” city like Sarasota instead of a college town, where “the city shuts down because there’s a football game.”

Morell discussed some of the opportunities he had been presented with as a journalism student in graduate school, including international trips to Myanmar, Germany and Brussels for various reporting opportunities.

Although Morell’s conversation was mostly centered around his experiences as a New College alum attending grad school, he also spent some time discussing the relationship between alums and current students and New College event attendance levels. Although 13 students registered for the event, only three were in attendance, none of whom were on the registered list. “It’s difficult to get New College students to come to things,” he acknowledged, adding that he had not had opportunities to speak to grad students while he was a New College student.

He also added that he would like to support requests for more directly beneficial aid from alumni, who frequently receive generic requests for money from the school soon after graduation. “At the University of Missouri Journalism School, there’s a list-serv of anyone who went to the journalism school, and they basically use it to post job opportunities,” Morell explained, adding that he hoped to see similar programming come to New College.

Towards the end of his chat, Morell swung the topic back to journalism and ethics, addressing the anxiety present among current journalists about the future of the industry. Morrell is optimistic. “Just because journalism is changing and it looks different doesn’t mean it’s not a worthwhile field.” Although he acknowledged the growing trend of “journalism with a side of opinionated commentary,” he insisted that “there will always be a market for real journalism.”

As for the benefits of graduate school, Morrell has mixed feelings. “Graduate school can be worth it,” he said, but added that “I would never say that not going should preclude you from going into journalism … I absolutely don’t think it should be a requirement for being a journalist.”

He also had advice for aspiring journalists entering the field and negotiating payment. “Never sell yourself short,” Morrell said. “Don’t write for free … If people take what you write and re-appropriate it for their own use, fight them, because if you don’t, who will?”