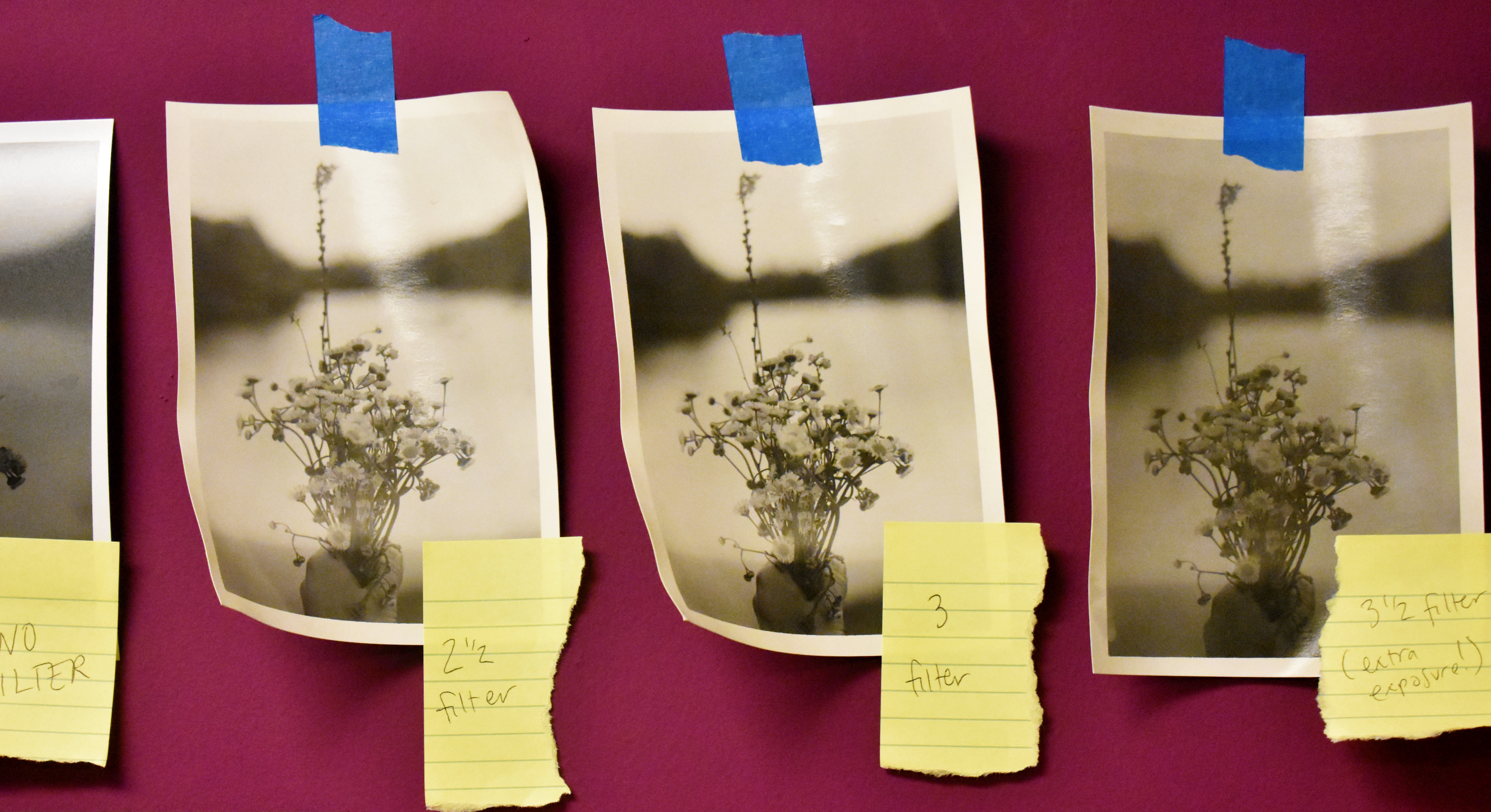 The walls of the Darkroom are covered in the work of past students who have developed film for fun, to practice and even for Independent Study Projects (ISPs),

The door to the darkroom looks like any other door in Hamilton “Ham” Center. The only indicator of what’s behind is a small, dry erase board asking people to knock before entering. Once you do knock, you’ll find a smiling thesis student and Darkroom Teacher’s Assistant (TA) Sabrina Finn and a room filled with equipment from film cameras to rolls of film to a space for developing photos.

“The biggest part of my job is maintaining the darkroom, all of its facilities and all of its supplies,” Finn said. “Another big part of my job is providing film and paper and mixing chemicals for people. I also teach people how to use film, how to use the film cameras and how to develop their film here and print their own pictures.”

Finn was exposed to photography as a child. Their grandfather was a film camera enthusiast who would develop his photos in the bathroom, stuffing a towel under the door so no light would come into the make-shift darkroom.

“When I was in high school, I had a similar position to this where, I wasn’t paid, but I did essentially all of the same things that I do here, in my high school darkroom,” Finn said.

Finn also teaches students how to use digital photography. The darkroom currently have nine film cameras (from Canon to Minolta) and one digital camera available that can be checked out for free by any student on campus. Finn, who has a “Darkroom Wishlist” in the room, would like to eventually see the Darkroom begin to offer color film and a photography studio. Finn has served as Darkroom TA for one year and plans to continue to do so for their fourth year.

“I’ve had a couple people talk to me about it,” Finn said in regards to who would take over once they graduated.

The darkroom has also received attention from novice photographers, eager to learn how the basics of film photography.