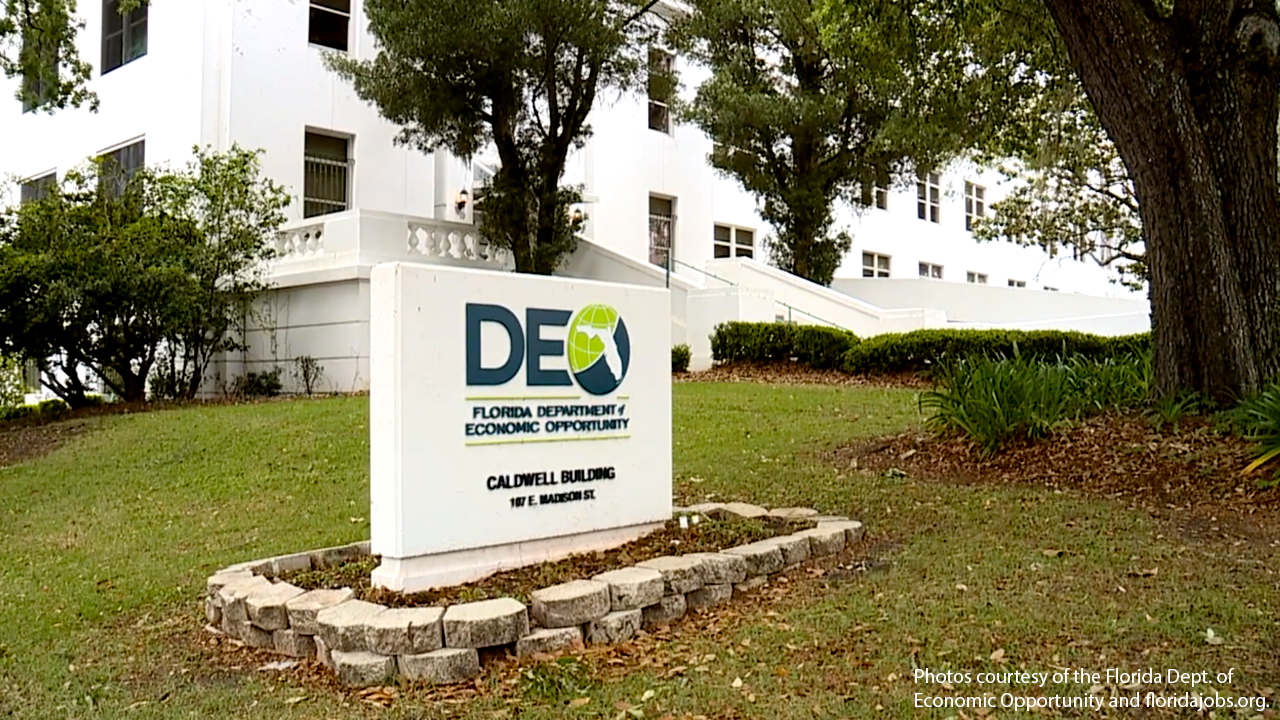 Long lines formed outside of unemployment offices across the state as unemployed Floridians struggled to secure Reemployment Assistance benefits.

“Kind of a nightmare,” was the way third year Lily Burse described applying for the Florida Department of Economic Opportunity (DEO)’s Reemployment Assistance benefits in March, as businesses shuttered across the country and the national unemployment rate shot to its highest point on record due to the COVID-19 pandemic. On August 26, Florida Governor Ron DeSantis and the DEO submitted the state’s application for the Lost Wages Assistance (LWA) Program, a Federal Emergency Management Agency (FEMA) funded program that would secure an extra $300 weekly in federal aid for Florida’s suffering workers.

After Coronavirus Aid, Relief and Economic Stimulus (CARES) Act funding expired in July of 2020, President Trump authorized the Lost Wages Assistance program via an executive order. Floridians must currently be completely or partially unemployed due to COVID-19 and receiving at least $100 per week in the state’s reemployment assistance benefits to be eligible to receive the additional $300 in federal benefits, which are backed by $44 billion in FEMA disaster relief money. According to the DEO, the funds will be provided for three weeks retroactive to August 1.

At the start of the COVID-19 pandemic and throughout the summer, Florida’s already troubled unemployment benefit application system, CONNECT, floundered as massive waves of layoffs rippled across the state. Florida Governor Ron DeSantis’ administration scrambled to increase CONNECT’s capacity, but as hundreds of thousands of applications streamed in, laid off workers were shut out of the system and left without benefits for weeks on end.

“The first week and a half—almost two weeks—trying to send in my application, I would fill it out and go to submit it, but it would say that there were too many people online and crash,” Burse said, recounting her experience applying for the benefits after she was laid off from her job at the Ringling Museum gift shop.

“I was getting texts from coworkers like, ‘Oh, I woke up at 2 a.m. last night and was able to get mine through,’ so I had to wake up at weird hours to try and do that.”

Burse also described her friends’ experiences struggling to apply for crucial aid during the height of the pandemic, only to find out that their applications had been “pending” for months—or, worse, lost completely.

“I had a friend who was eventually told to submit a paper application, which she did, but  when she drove to the physical unemployment office to follow up, they had lost her application and she had to start from the beginning,” Burse remarked, incredulous.

CONNECT debuted in October 2013 during the administration of DeSantis’ fellow Republican Rick Scott, now a U.S. senator, and the state has had serious issues with the online unemployment application program ever since—so much so that in May DeSantis ordered an investigation of Deloitte, the company hired to create it.

“It was probably two weeks to submit my actual application, trying off and on, and it was a good three weeks—almost a month—before I started actually getting any benefits,” Burse said.

During the long period without work wages and without state benefits, Burse relied on CARES Act funds.

“I don’t think I would’ve been able to pay most of my bills if I hadn’t received CARES Act money, just because I hadn’t been getting a paycheck for so long,” Burse reflected.

As of August, Florida remained one of the last states that had not applied for the Lost Wages Assistance Program, even as thousands feared evictions leading up to the expiration date of the state’s eviction ban on September 1. Now, with DeSantis’ application for LWA funds, federal money may be a lifeline for unemployed Floridians once again. Federal approval of Florida’s request to tap into federal funds to provide additional unemployment benefits through the LWA would represent a light at the end of the tunnel for hundreds of thousands of workers. DeSantis has also directed the DEO to continue waiving work search and work registration requirements for state Reemployment Assistance claimants through September 5, 2020.

Florida already provides up to $275 a week in state benefits that last for 12 weeks—a period that ended long ago for many people who started getting assistance early in the pandemic. It is likely that the LWA, too, will not be long term relief. In a press release, FEMA officials said the funds could be depleted not long after the three week distribution period. No clear timeline has been set for LWA benefits to reach qualified applicants.

“FEMA will work with Florida Gov. Ron DeSantis to implement a system to make this funding available to Florida residents,” the federal agency said in an online post.

Information for this article was gathered from the Florida Department of Economic Opportunity, floridajobs.org, flgov.com, orlandoweekly.com, theguardian.com, and winknews.com.