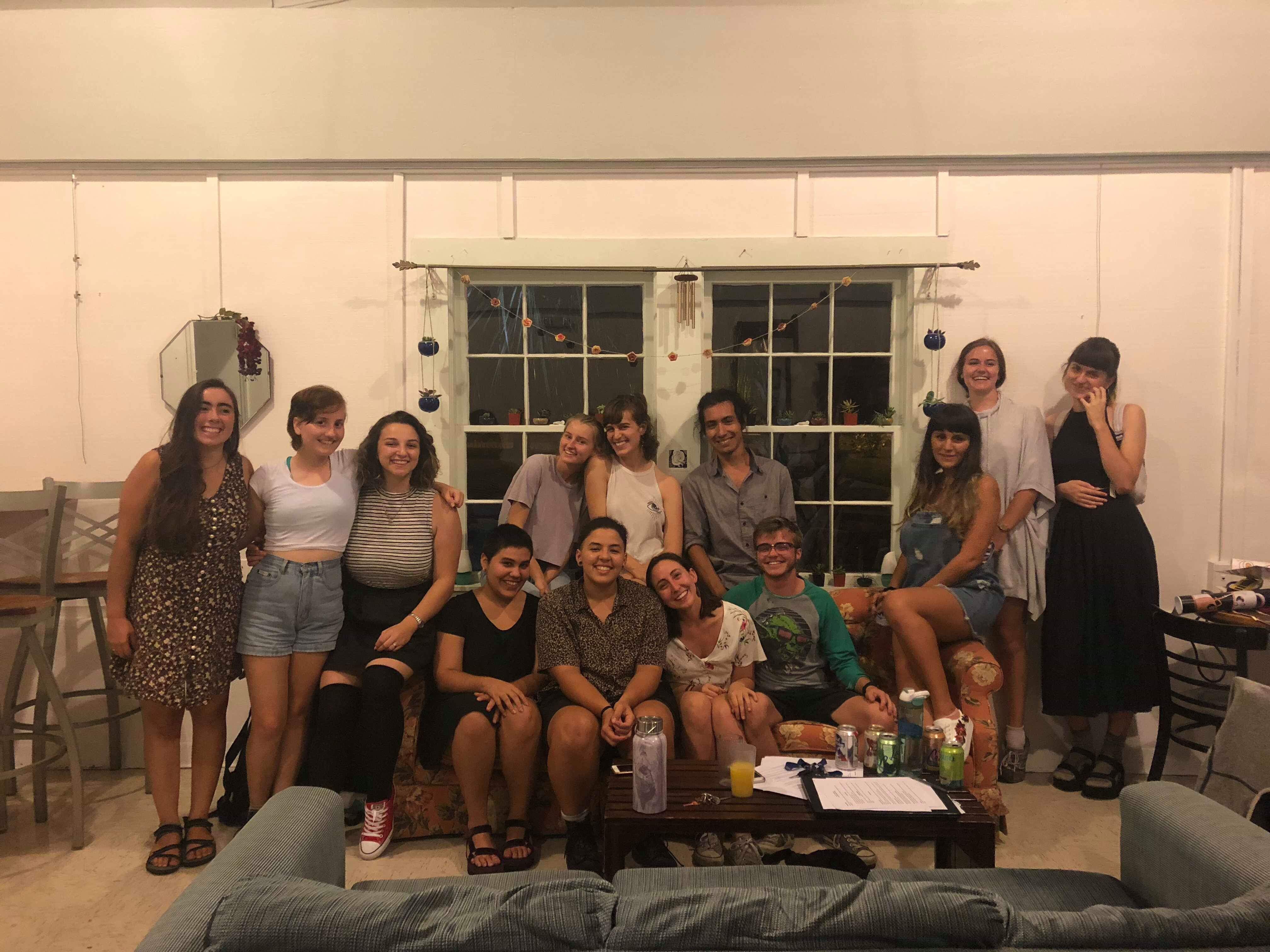 For the first time since it was created in 1996, the Four Winds Café has closed for the spring term of 2019, resulting in troubling effects for Four Winds staff and management as well as the greater campus community.

Kaelyn Hartley, thesis student and assistant manager of the Four Winds Café, said that the closure was abrupt and at an inopportune time during the year.

“I work this job because I like it, but also because I have to,” Hartley told the Catalyst in an interview. “I currently have two jobs, and I have another when I go back home to Jacksonville. It is really pivotal for me to work at the Four Winds because it is how I pay my rent, bills and buy groceries.”

Despite working two jobs, Hartley depended on the New College food pantry from month to month.

“So when I found out that the Four Winds closure was something that was actually happening, not just a rumor—that we were all out of a job within a week and we [the managers] had to inform our staff—it was a big blow,” Hartley said. “I had some money saved up, but I had just been traveling for thesis research.”

The timing of this loss of employment was poor for anyone, let alone a thesising student.

“My parents are also not in a place to help me out with expenses, so it’s really worrisome,” Hartley said. “I have been having many conversations with my mom asking, ‘Will I have to take the semester off and graduate late because of this?'”

On top of being a thesis student, the manager positions are tough because among other duties, they take up the slack where and when needed.

“Finals week comes along and staff request time off, no one takes up the shift and the managers have to fill in,” Hartley recalled.

Regardless of staffing pressures during academic crunch times, Four Winds employees are dedicated to operating the Café.

“When we were telling our staff about the Four Winds closure, it was really hard to know, as managers, that there was nothing we could do,” Hartley said.

With such an abrupt closure, a lot of the frustration within the Four Winds employees and managerial circles centers around lack of prior communication regarding the Four Winds’ operational sustainability.

“Recently we started hearing things about how Four Winds may shut down but no one directly said anything thing to us,” Baumgarten said. “And then all of a sudden in November and December it started becoming a really serious possibility.”

Baumgarten began working for Four Winds last year. She thinks that the administration’s lack of transparency to the New College Student Alliance (NCSA) during the summer and fall regarding the Four Winds closure was the reason why the Four Winds staff and management had not received any meaningful correspondence with the NCSA. She and the Four Winds staff reconciled over this misunderstanding with their peers in student government, because they understand the tough position the NCSA members were in.

“The way that [the administration] has been trying to compensate for the Four Winds closure has been inviting us to ‘Handshake,’ the CEO’s thing to get us a job, which is so unhelpful,” Baumgarten said. “We were telling them in November, ‘Hey, if we are not going to have a job in January, tell us now, because we need to know,’ but the administration held that it was still uncertain at that time.”

The Four Winds managers and staff are devastated by the closure because running the student-run Café is hard.

“The Four Winds is very difficult to run,” Baumgarten said. “Switching over management every year is not healthy for any business.”

Moreover, Baumgarten is unsure how student workers would be able to implement permanent changes in the short time that they remain enrolled at New College.

“We are all trying to think about that, but if no one is going to be here in a year or two then how can we truly plan for such long term success?” Baumgarten asked.

Baumgarten also believes the lack of help or training from any New College staff or hired service is a significant factor in the success of the Four Winds.

“How are we supposed to know how to do everything—especially financially?” Baumgarten asked. “We don’t know how to run a business, we are just trying to do the best we can.”

What the Four Winds staff and management may lack in formal business training they make up for in the time and care they put into operating and improving the Café.

“We made a lot of improvements on the Four Winds and to see that we are now closing in the spring when we’re making positive change is tough,” Baumgarten said. “The improvements were seen by the student body! We were writing down recipes in order to standardize meals, making more things in bulk, improving cleanliness, and sourcing stuff from our school garden.”

She thinks it is unfortunate that while the closure of Four Winds revolves around its finances, most of the positive changes within Four Winds come solely from student worker initiative, time and effort. Baumgarten mentioned she is most sorry for the greater student body.

“There are people who rely on Four Winds for healthy food, or people with food allergies that cannot eat at [the cafeteria in Hamilton “Ham” Center] because of mislabeling and cross contamination problems in the Metz Kitchen,” Baumgarten said. “The Four Winds was a safe food place. It was also a hangout place.”

Hartley, like many students who have used the Four Winds, sees the closure as a hindrance for many in the New College community, ranging from those who regularly enjoyed student and professor meetups over a meal and some coffee to prospective students who choose New College for its small scale and comfortable vibe—something the Four Winds had a lot of. Currently the New College website still advertises the Four Winds as a “an entirely student run, self-supporting operation” that “was [initially] envisioned as a place for students, faculty, staff and visitors to the college to meet, relax, work and enjoy themselves.”