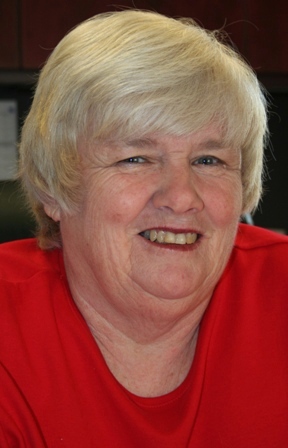 After working in the Registrar’s Office for 20 years, Registrar Kathy Allen is bidding farewell to New College and saying hello to a life of retirement. Beginning her work at the front desk as an administrative assistant in January 1992, Allen now resides in a cozy corner office where, surrounded by taped-up pictures of her loved ones, she continues to keep the records of New College students, as well as manage transcripts and enrollment applications, until the final day of her career. Allen recalled that in her many years of work that while the “core of New College has remained the same,” and at the start of her career, there was only one computer in the Registrar’s Office.

“We’ve modernized, certainly,” Allen said. “There was this one computer for registration and things like that and now we’ve certainly been catching up. It was a mainframe kind of computer that we did registration on. We didn’t have the different kind of programs that we have now … it was just totally different working with USF. It was just a different life then.”

Now that she is entering retirement, Allen said that she will keep busy by helping take care of her adolescent granddaughter and she hopes to see more of her other two grandchildren, who live in North Carolina. She will also take care of the dogs and horses that are a part of her daughter’s animal rescue. Allen estimated that her family owns about 20 animals.

“We rescue older animals, primarily,” Allen said. “We do take some young ones in and place them up for adoption — dogs and horses … lately we’ve been collecting cats, which people only keep dropping off, and now we’re up to eight. We have a lot of older dogs and we try to find homes for them. They live with us if they can’t get adopted and have special needs. We have horses that are older and one younger one that was abused so we just do work with the animals too, feeding them. That’ll be a challenge.”

Karalee Hammes, who has worked in the Registrar’s Office with Allen since fall 2005, said that working with her has been a pleasant experience.

“I’ve worked with her for almost seven years now and I think she’s great,” Hammes said. “I’m going to miss her a lot. She’s a big contributor to the campus and she’s going to be sorely missed. Every time we need something, she’s always there. It’s been a really good experience working with her. She’s just a really nice person inside and out. She’s very kind and her first priority has always been the students.”

On Apr. 27 from 8 a.m. to 5 p.m., students, faculty and staff are invited to come to the Registrar’s Office to thank Allen for her tenure. Though interviews for a new registrar have begun, at press time, the position remained unfilled for the 2012-2013 school year. According to Professor of Anthropology and Catalyst advisor Maria Vesperi, there will be a “high bar” when it comes to hiring somebody to take Allen’s place.

“I’ve always respected the way she takes a proactive stance towards helping students graduate, and that involves more than just monitoring their records, but also helping them solve their problems connected to their academic records,” Vesperi said. “[Allen] helps students think ahead in relation to things they need for graduation and always has an understanding ear when students need to go to someone … I’ve never heard of someone coming away disappointed. I can say that I think any faculty member you ask would tell you that they have students that would have not graduated if it hadn’t been for Kathy. She facilitates a lot that she doesn’t take credit for.”

According to the e-mail sent out to the students by Dean of Enrollment Services and Information Technology Kathleen Killion, “Her professionalism, coupled with unfailing good humor and generosity, has made a lasting impact on our community. Suffice it to say, Kathy will be sorely missed by all who have worked with her.”

“It’s a new start for me and I’ve spent a long time here [at New College],” Allen said. “It’s been a big part of my life, but I’ll just have to go from here. And I have a lot to keep me busy [in the impending days of her retirement] so I’m not like, ‘What am I going to do with my time?’ Instead I’m like, ‘How am I going to fit everything in?’”