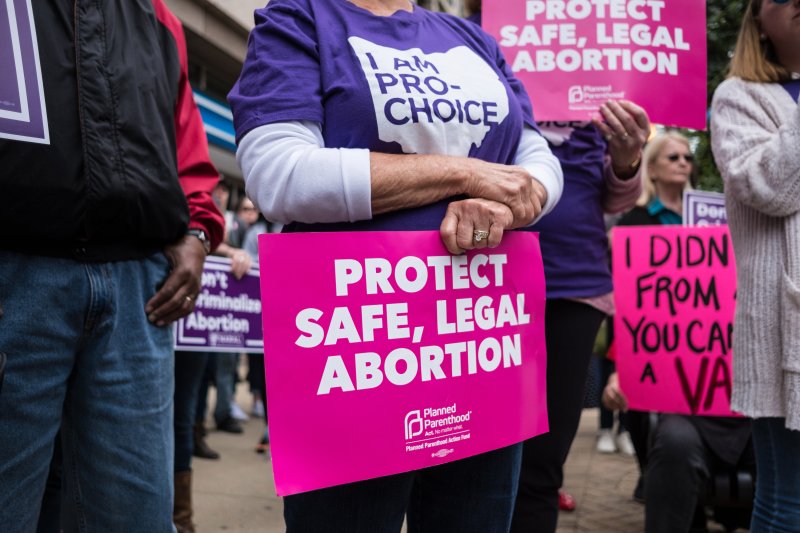 Historically, marginalized communities are affected the most by hardships. After 9/11, the Patriot Act granted the government the unprecedented ability to investigate people’s lives and after the 2008 financial crisis, economic hardship disproportionately affected poorer communities. Now, in the midst of a global pandemic, some Republican-led states are working to restrict abortion rights, impacting high-risk women.

PPE, according to the United States Department of Labor, includes “gloves, safety glasses and shoes, earplugs or muffs, hard hats, respirators, or coveralls, vests and full body suits.” Services that require PPE include the insertion of some forms of birth control, STD exams and abortion. It has not been clarified whether facilities can still provide medication abortions, as if they require any form of PPE, they would not be permitted.

The letter, which was shared with CBS News, quotes Yost saying that facilities were “ordered to immediately stop performing non-essential and elective surgical abortions.”

According to CBS News, Bethany McCorkle, a spokesperson for the Ohio Attorney General’s Office, said that this order is applicable to all of Ohio’s abortion providers.

On Monday, March 30, U.S. District Judge Michael Barrett blocked the attempted abortion restrictions. In his ruling, he said that a woman’s doctor, not the state, should decide whether her abortion is non-essential.

However, on Thursday, April 2, the state of Ohio appealed the decision in an attempt to further restrict abortion rights.

Similarly, Texas Governor Greg Abbott has categorized abortion as “non-essential” healthcare. On Monday, March 23, Texas Attorney General Ken Paxton ordered a ban on abortions, except in the case of a threat to the woman’s life. This order was to be in effect until April 21 and would inflict fines of $1,000 or potential jail time of up to 180 days for medical workers found to be in violation of the ban.

On Monday, March 30, U.S. District Judge Lee Yeakel blocked the restrictions, ruling that Paxton’s intended ban “prevents Texas women from exercising what the Supreme Court has declared is their fundamental constitutional right to terminate a pregnancy before a fetus is viable.”

Despite the order, Texas’ 5th Circuit Court allowed the state to continue its abortion ban with a brief ruling on Tuesday, March 31.

Other officials in Republican-led states, such as Alabama, Iowa, Kentucky, Mississippi and Oklahoma, are also starting to restrict access to abortions. In the midst of a global pandemic, at least 46 states have completely stopped what is deemed “non-essential” work and services, along with dozens of individual counties, cities and a few territories. Alongside this practice, these seven states have either categorized or implied that abortion is “non-essential” healthcare or an elective procedure, claiming that this move will conserve PPE for emergency healthcare workers.

While a lack of PPE is a widespread issue in the United States and throughout the rest of the world, states have not proven that the minimal amount abortions use of it is substantial enough to make a difference. Dr. Daniel Grossman, director of Advancing New Standards in Reproductive Health, outlined why this is a “baseless argument” in a Twitter thread on Wednesday, March 25.

“Here’s what a first-trimester abortion in a clinic requires in terms of PPE: 2 pairs of gloves (1 for the ultrasound and 1 for the procedure) and a reusable face shield. A gown and mask are not usually required,” said Grossman.

In fact, the majority of abortions are medically-induced abortions in the early stages of a pregnancy, for which only an ultrasound is needed—requiring even less PPE.

With the fight against abortion only occuring in Republican-led states, many fear that the state of Florida, governed by a pro-life Republican, could begin to impose restrictions next.

Despite Governor Ron DeSantis shutting down all non-essential services, effective at midnight on Friday, April 3, he has not included abortion procedures on that list. According to the Sarasota Herald-Tribune, the spokesperson for the governor, Helen Aguirre Ferre, said “public health decisions in the era of a pandemic are guided by health care professionals.”

Recently, many pro-life activism groups have openly protested against the governor’s refusal to deem abortion procedures non-essential. This pushback, if popular enough, could potentially sway a future decision.

Thesis student and reproductive justice advocate Alex Barbat knows that “pro-life groups in Florida have had a lot of victories recently in restricting access to abortion.”

“But I think the unpopularity of these abortion bans throughout the country, in addition to the rulings from the federal court against these states, make a less viable option for Florida.”

Until the worst of the COVID-19 outbreak is over, abortion rights are expected to be threatened. With active work from powerful groups such as Planned Parenthood and the ACLU to protect abortion rights, many politicians and interest groups anticipate an abortion case in the context of a global pandemic to arrive at the Supreme Court fairly soon.

“Using a pandemic as a way to force abortion clinics to shut down with almost no checks or oversight, when the majority of Americans support abortion access, shows a complete disregard for the democratic and legislative processes,” says Barbat.

“People seeking abortions right now are dealing with an unwanted pregnancy, may have lost their source income, and are also stressed about COVID-19 as we all are. Why make things more complicated, more expensive, potentially more dangerous, and more difficult for them?”

Information for this article was gathered from CBS News, the New York Times, the Sarasota Herald Tribune, and Vox.