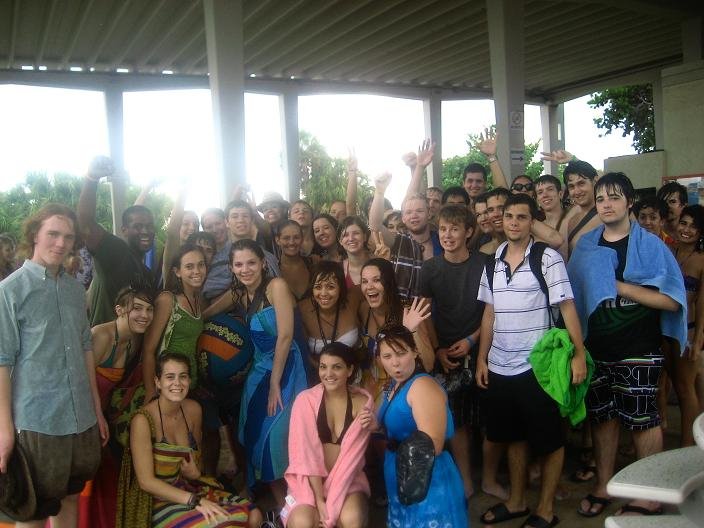 On Aug. 15th, first-year students —excited to begin their careers as Novocollegians—arrived at New College.

According to Associate Director of Admissions and Director of Recruitment Molly Robinson, 222 students make up the class of 2014. These students were selected from a pool of 1,672 applicants and have an average, combined SAT score of 1312. Forty students are from out-of-state and two are from Hawaii, the first to be enrolled at New College since 1999. Though most students are from Florida, many have lived in foreign countries. Emily Ryan spent most of her childhood in Courcourconnes, a suburb outside of Paris, and now lives in Orlando. Jonathan Niles has state residency, but lived in the Congo and Haiti for his entire life, while Dmitri Istomin lived in Syktyvkor, Russia for eight years before moving to West Palm Beach.

Thirty-nine students transferred to NCF from other colleges and universities and 2.2 percent of incoming students are older than 25. This year’s incoming class has more men than previous classes with a male to female ratio of 43 percent to 57 percent and is also smaller than the class of 2009, with 20 percent of its students identifying themselves as minorities.

The admissions office took a more active position in recruiting prospective students to New College with the hope of making the school more appealing than better known schools. Admissions sent the class of 2010 packages filled with confetti and a t-shirt to tell them that they were accepted. The office also set up dessert socials for enrolled first- years to meet and mingle with professors and classmates over the summer.

The 208 first-year students that live on campus battled heat and humidity to move into their dorms on Aug. 15th. Nearly everyone was dripping with sweat and attempting to devise quicker ways to get to their dorms amidst the construction.

Robinson said that what most impressed her about the class of 2010 was its fervor and excitement to be at New College.

Derek Black, a transfer and first- year student, told the Catalyst that his class is an “interesting group of people” and that he feels “enriched by meeting a new person each day.”

Emily Ryan, also a transfer student, seconded his opinion by saying, “They [the first-year class] are a very warm and welcoming group of people. When you go to sit down at Ham, you can sit any- where and you will be welcomed.”

First-year Kade Needham believes the incoming class to be “more socially normative” than previous classes. “I think that we have a lot of diversity in our class and I’m very excited to see how it goes,” he said. “I look at the upperclassmen and I see so much diversity and so much more indie culture that has infiltrated in—everything from mustaches to hair-styles to behavioral norms that are different. They party differently than most people. I look at our class and I see a lot more Old Navy style, more go-to-the-mall style kind of people—which is not negative at all. In fact, it enhances New College’s diversity. I think that there’s gonna be a change in our class and that we will find ourselves. It will be good for us and for the school as well.”