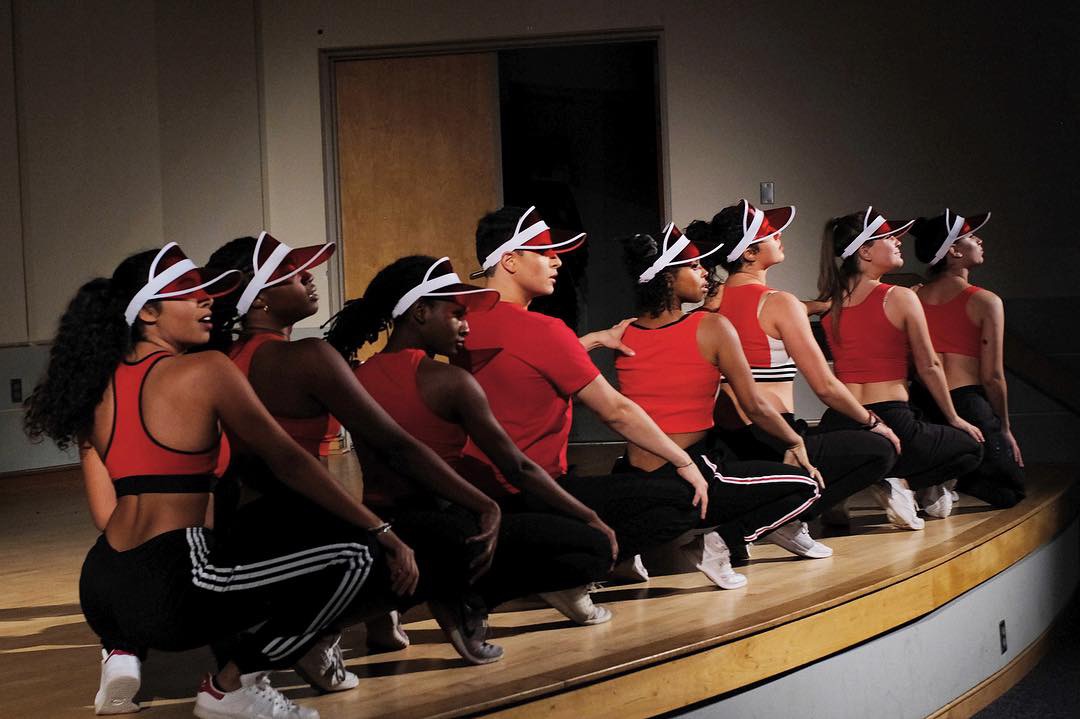 Amidst constant change at New College—including but not limited to the closure of Four Winds, introduction of e-contracts and preliminary plans, a new policy of leashed dogs at the Bayfront and a paint rave party cancelled as quickly as it was proposed—there is one thing that can always be counted upon. This weekend, May 10 and 11, students will present the end-of-the-semester Dance Collective Showcase in the Mildred Sainer Auditorium.

Dance Collective is a student-led club and can also be taken as a tutorial, with semester or module credit, sponsored by Professor of Philosophy April Flakne. At the end of each semester, the club puts on the Showcase to present the students’ work. Truly a student-led program, Dance Collective members are given the freedom to choose their own music, coordinate the lighting and stage placement and adapt choreography for the dances or create original choreography. The spring 2019 Showcase will feature 16 dances, spanning myriad genres including K-pop, hip hop, modern, ballet, lyrical, Irish step dance and acrobatic. The show will run for roughly an hour with a 10-minute intermission between the first and second acts.

Third-year and Dance Collective Administrator Alyssa Borgschulte added that the wide variety of genres is a new element to the showcases this year.

Third-year Maya Holt-Teza, Borgschulte and Bartha served as this year’s Dance Collective Administrators, along with third-year Karla Alonso who served as an admin in the fall. Second-year Hugh Roberts and first-year Cecilia Hampton served as Admins-in-Training this semester.

According to Bartha, there were several changes made for Dance Collective this semester, including “being a little harder on deadlines to make communication with our sponsor, tech and space scheduling easier, to make it a smoother ride for everyone involved.” Additionally, after more than 20 students signed up, the administrators set a time limit for the dances so that everyone was able to participate.

“I am most looking forward to the wide variety of dances at the show this year,” Bartha said. “The audience is in for a good ride—like last semester, except then we had no idea what a positive reaction we would get.”

Additionally, Bartha noted how she continues to grow through her experience in Dance Collective.

“On the more personal level, I’m getting more bold with pretty much everything I’m trying on stage, which is exciting,” Bartha said. “It’s my first time trying acro, my first time making and choreographing to a mix, my first time being lifted on stage and my first time doing lyrical/modern dance.”

Borgschulte described her excitement to see her fellow students’ work and enjoy the atmosphere of the crowd, often full of cheers and yells of encouragement.

“It will be a fun show!” Borgschulte said in an email interview. “I look forward to seeing everyone’s hard work put on display. I love the energy of the crowd and how supportive they are.”

The spring 2019 Dance Collective Showcase will be held on Friday, May 10, and Saturday, May 11, in the Mildred Sainer Auditorium. Doors open at 6:30 p.m. and the show will begin at 7 p.m.