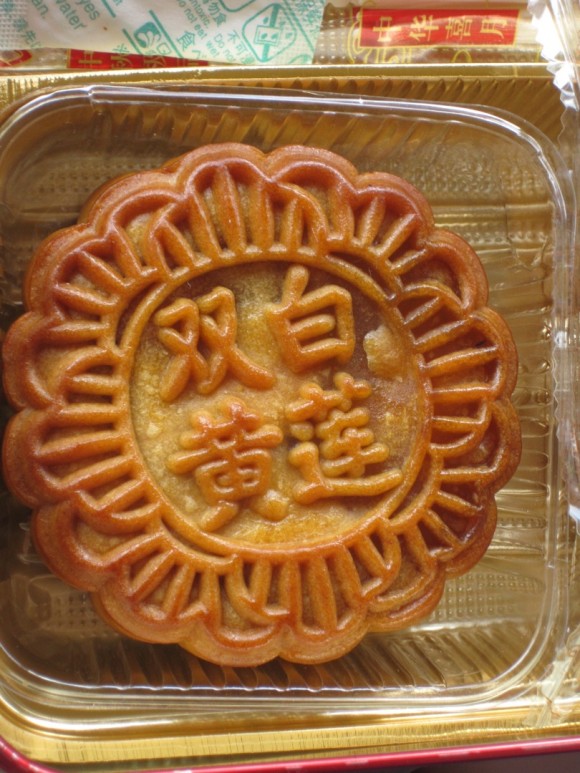 “Mooncakes,” the traditional Chinese dish of the Mid-Autumn Festival, are often adorned with Chinese characters promoting longevity or good fortune.

The smell of tradition wafted through the air as a Chinese celebration over 3,000 years old took place in the Sarasota area. On Saturday the 18th, the nearby Chinese community, along with a handful of New College volunteers and fascinated spectators, flocked to Twin Lakes Park to participate in the annual Mid-Autumn Festival – one of the most important festivals in Chinese culture.

The Mid-Autumn Festival, also called the “Moon Festival,” is a celebration in China that occurs on the 15th of every eighth month in the Chinese calendar, approximately early September to early August. The festival nears the autumn equinox, when the moon appears its fullest and brightest. Essentially, it’s a holiday to bring people together and to appreciate the history, folklore and tradition surrounding the mysterious celestial orb that has been subject to man’s ponderings and intrigue for centuries.

The event itself is, “a lot like Thanksgiving actually,” China Club Co-president and thesis student Kate Boeyen explained. “It’s family coming together and eating together.”

One of the biggest traditions of the festival is mooncakes. Mooncakes are a classic dish made especially for the Mid-Autumn Festival. Families gather around and share the small round pastries with a variety of fillings, featuring anything from lotus seed paste to a whole salted egg yolk, symbolic of the full moon.

Boeyen goes on to explain the custom that on the evening of the festival, people gaze at the moon and think about distant family. As people watch the moon, they can take comfort in the belief that their loved ones, wherever they may be, are looking at the moon and thinking of them as well. China Club Co-president, and third-year Lacey Sigmon asserted that the event is specifically significant for those “Chinese-Americans who are probably separated from their family in China.”

“It’s just a really important event for them to get together and think about their family,” Sigmon explained, “I know our Chinese TA last year was really emotional on Mid-Autumn because her entire family, her husband and her parents were in China [while] she was here alone in America.”

Folklore surrounding the event gives a colorful background to the ancient festival. Like most legends however, the stories and versions differ. A common version of one of the most famous tales depicts a time long, long ago when the Earth had ten suns, each taking turns crossing the sky. One day, all ten suns appeared at the same time. People across the land suffered from the intense heat until a hero by the name of Hou Yi shot down nine of the troublesome suns with his bow and arrow. The Queen Mother of the West, an ancient goddess, was so impressed that she bestowed upon Hou Yi an elixir of immortality.

Hou Yi meant to share the gift with his beautiful wife, Chang’e. However, an evil man named Feng Meng plotted to steal the elixir and managed to corner Chang’e. As a desperate last resort, Chang’e swallowed the potion to protect it from the wicked Feng Meng. Instantly she began to feel light and floated up to the heavens where she settled on the moon. Thus during the Moon Festival it is said that people can see her upon her lonely satellite and may ask her, the “Moon Lady”, for one secret wish.

On the 18th, New College students, primarily those from the China Club, arrived at Twin Lakes Park early to help set up on the sunny afternoon of the festival. Students unloaded hula hoops, soccer balls, goodie bags, and of course, mooncakes. At around four, families began to trickle in and add to the celebration. Limbo, races, face painting, crafts and a variety of other activities kept the children busy as the adults sat down to socialize. Eventually, the heads of the party signaled it was time to eat.  Hungry families crowded around the heavily-laden picnic benches to try a potluck of assorted Chinese and American foods. People ate, talked and enjoyed themselves. The satisfied smiles of an appetizing meal hung in the air long after the food was finished.

The celebration of the event as a whole then, demonstrated Sarasota’s cultural awareness. The festival provided a deeply historical celebration that encouraged time for family and friends. Spectators experienced a healthy helping of foreign culture and tradition.

(Some info in this article came from chinahighlights.com and chinavoc.com)