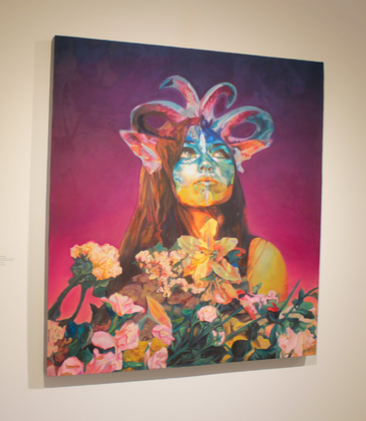 New College was recently awarded a $750,000 grant from the Andrew V. Mellon Foundation in support of our humanities programs. The grant, which will be given to the school over the next five years, is intended to bolster projects between New College and the other C4 institutions (Colleges of the Creative Coast) as well as between New College and other arts-based organizations in the area.

The grant was received with the help of President O’Shea, who reached out to the Mellon Foundation to propose New College as a potential benefactor of their funds. The Foundation, which has an endowment of six billion dollars, specifically donates money to institutions to help foster the growth of the humanities, and has a history of giving grants to top colleges and universities as well as museums and projects involving digitizing pieces of art.

Dr. O’Shea reached out to the Foundation in December of last year. Having been familiar with the Foundation’s work because of their previous involvement with Mount Holyoke College – Dr. O’Shea’s previous place of employment – he had hoped the foundation would be interested in helping with the consortium. Mount Holyoke College is similarly part of a consortium, comprised of liberal arts colleges in Western Massachusetts and the University of Massachusetts at Amherst. After Dr. O’Shea reached out to the foundation, they invited New College to send in a “concept paper” detailing how the school might use the funds.

“The foundation is interested in helping colleges be their best selves,” O’Shea said. “And they were really interested in the arts opportunities in Florida and particularly in New College.”

The Foundation is particularly concerned in preserving the humanities, O’Shea notes.

“They’re concerned with the way the relentless focus on STEM drives out the humanities and arts, and they were kind of thrilled with the consortium.”

As to what exactly New College and the consortium at large will do with the funding, that hasn’t yet been determined. However, Professor of Theater Nova Myhill and Professor of Philosophy April Flakne have been appointed as directors of the overall program. The project is called “New College: Connecting the Arts and Humanities on Florida’s Creative Coast” and cites three goals: 1. To elevate New College’s capacity to contribute to public discourse on humanities and arts in our region, 2. To build sustainable relations with local arts organizations, 3. To establish sustainable academic connections with local colleges that comprise the College Consortium on the Creative Coast (the C4 group).

Faculty have submitted proposals to use grant money for existing projects, like New Music New College and the Public Archeology Lab.

There will additionally be efforts to strengthen collaborations with organizations like the Sarasota Orchestra, with whom we have a thirteen year collaboration with composers for New Music New College. As Provost Steve Miles explained, the grant could be used to deepen that connection: for example, players from the Sarasota Orchestra could visit classes such as Professor of Philosophy Aron Edidin’s Philosophy of Music course.

“There are numerous arts organizations that, if we had deeper collaborations with, could really benefit our students,” Miles said.

“I could go on and on, but ultimately what it means is that this is money that will facilitate a closer relationship, allowing New College faculty and these different organizations to really plan what they would like to do together, so this year a lot of planning will be going on,” he continued.

This money will further be used to facilitate a closer relationship between New College faculty and the other faculty in the consortium.

A possible plan to do this is to formulate faculty seminars where professors from the consortium colleges can become more familiar with each other’s work.

“It’s really about furthering the consortium by bringing the faculty together, and we don’t know for sure what will emerge from that… We’re not trying to push people to do things, we want an organic process,” Miles said.

Lastly, the grant will be used to push humanities into the public sphere, potentially through public seminars that recreate the environment of New College classes.

What will all of this mean for students?

“There will be more opportunities for students,” Miles said.

“This will give us a chance, in a funded environment, to develop the right permanent relationship… You can’t collaborate your way to a strong arts program.”