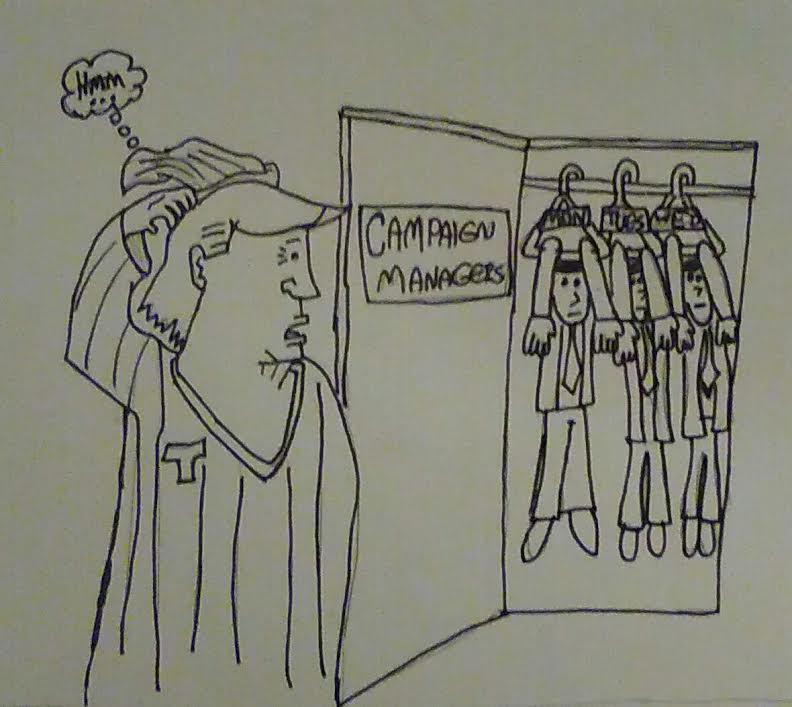 On July 26, Hillary Clinton made history as the first woman to become the American Democratic nominee.

On the final day of the Democratic National Convention, Clinton took the stage with her hand over her heart, as she delivered her acceptance speech to the delegates in attendance. Included in her speech were thanks to her family and her running mate Tim Kaine. She also extended an olive branch to supporters of her previous opponent, Bernie Sanders.

“To all of your supporters here and around the country: I want you to know, I’ve heard you, your [Sanders’] cause is our cause,” Clinton said. “Our country needs your ideas, energy and passion, that is the only way we can turn our progressive platform into real change for America.”

After the Convention, RealClearPolitics reported a polling average of 46.5 percent in terms of support for Clinton,  a 3.4 percent increase compared to her pre-Convention average of 43.1 percent. This boost in support was over twice the amount that Republican candidate Donald Trump experienced after the Republican National Convention.

Trump’s previous campaign managers were political commentator Corey Lewandowski and political consultant Paul Manafort. Lewandowski was fired in June after increasing concerns from allies and Republican party members, such as Republican National Committee chairman Reince Priebus, that Lewandowski was not able to effectively direct a battle against Hillary Clinton. Lewandowski had never worked on a national campaign before Trump’s.

Lewandowski’s successor, Paul Manafort, was hired in March, and later resigned at the end of August amid a wave of reports about his business dealings in Ukraine with Russia-allied leaders.

The short shelf life of Trump’s executive campaign officials also draw further concerns on how well he evaluates his hiring process for his highest administrative positions.

“The main thing that I don’t understand about Trump cycling through all of his different campaign managers is that the reason why he’s supposed to be the next best thing—the effective president that America’s needed – is the fact that he’s a businessman and not a politician, and he’s going to run America like a business,” said third-year Political Science student Mollie Saumier. “If he can’t even implement an effective business strategy in his campaign, let alone in his presidency, how is it that he’s going to have an effective presidency?”

Recently, records have shown that Bannon may have committed voter fraud by claiming an unoccupied house here in Florida as his address. The LA times reported that Bannon is actually a resident of Laguna Beach, California, and was registered to vote in California’s Orange County until 2014.

Whether the allegations result in yet another turnover in Trump’s campaign staff remains to be seen.

On August 29, Donald Trump named Steve Bannon, chairman of the Breitbart news website, as his new campaign chief. The news website employs tactics similar to those used by Trump throughout his campaign and is representative of a more extreme conservatism that has helped contribute to the rise of the presidential candidate.

Breitbart began when its founder Andrew Breitbart was hired by Arianna Huffington as a research assistant. After he helped launch the strongly liberal Huffington Post in 2005, he launched his own site, which gained a strongly conservative reputation in direct opposition to the Post. Breitbart differed from other conservative writers in that he paid much less attention to policy, instead choosing to focus on perceived cultural issues such as the dangers of the political left.

Since the passing of Breitbart, Bannon’s leadership of the site has focused primarily on pushing the Republican Party toward a more hard-line populism. Bannon’s appointment was seen as a victory for more extreme conservatives hoping to shift the rest of the party toward their end of the spectrum.

“I think that when you get people who are influential in the party, who are less policy-focused, and more focused on culture and valence issues in the political science sense, you’re going to get an environment where epistemic bridges are very easy to burn,” said thesis student and Political Science student Allen Serrell.

Bannon and Trump’s new alliance provides further evidence of the fracturing of the Republican Party due to a shift toward a more extreme conservatism reminiscent of Breitbart’s own tenure on the site.