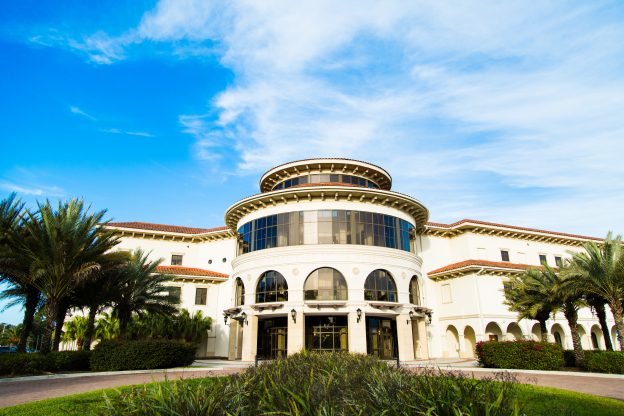 More than 800 alumnae/i, donors and other community members gathered on Sunday, Nov. 5 for Brunch on the Bay at the University of Florida’s Sarasota-Manatee (USFSM) campus. Brunch on the Bay is the USFSM’s foremost fundraising event and guests enjoyed a wide array of food and drink vendors and raised money for scholarships. Scholarships fundraising was paired with an initiative to help fund a new science building for the campus.

According to the Sarasota Herald-Tribune, USFSM students taking biology and chemistry classes have to drive to the teaching labs at Mote Marine Laboratory on City Island. The $35 million building would give USFSM students access to world-class lab facilities. It would include biology and chemistry laboratories, lecture halls, clinical space and conference rooms, all of which the current USFSM building lacks.

Although the building is being funded largely by the State University System (SUS), USF is seeking $10 million in private donations to help with the building’s significant cost. Brunch on the Bay was the first of USF’s local fundraising efforts. When the building is complete, it will join the newly expanded Heiser Natural Science Center at New College of Florida (NCF) as one of two major science and research facilities in Sarasota. Cross-registration will allow students enrolled on both campuses to make use of the new facilities.

“It will allow us to train science, technology, engineering, and mathematics majors as well as work with USF in Tampa on our nursing program,” USFSM Interim Regional Chancellor Terry Osborn said.

USFSM’s Science and Mathematics department was established in 2015. The university is currently developing a nursing program in response to a need from Sarasota-area hospitals and clinics.

The new facility will be located on the south side of the USFSM campus, off of Seagate Drive.