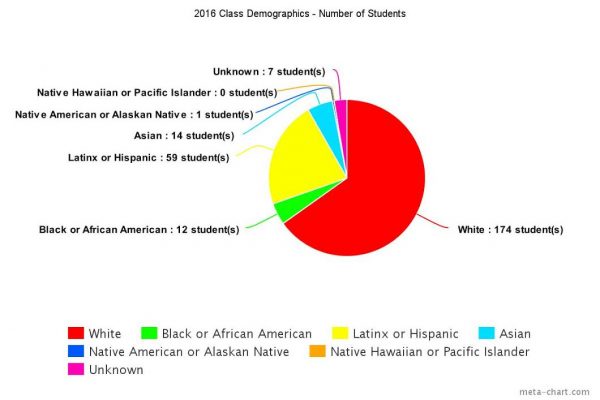 New College’s incoming class of 2016 is one of the most, if not the most, racially and ethnically diverse classes in recent memory. Students of color here may seem few and far between, but this year, administration has taken a big step in changing that.

Although there is still improvement to be made, administration is listening to student concerns and taking action. “We’ve seen the underrepresented population grow,” Associate Dean of Enrollment Services Sonia Wu said. “It’s still not big, but at one time it was only, like, 15 percent [minority students], and the entering class is at 32 percent. It’s still not where we’d like it to be, but it’s exciting.” 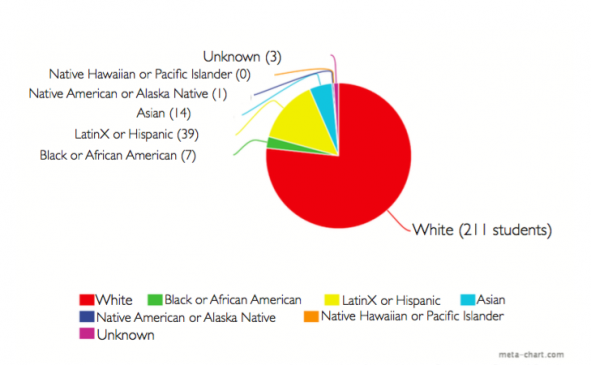 So where did this initiative to increase diversity admissions come from? “We continue to hear from students, ‘I feel like sometimes in class I’m the only one and people turn to me, and it’s like, ‘Let’s have the opinion from this person of color,’ you know? That’s so uncomfortable for somebody to experience, whether they’re a student or a staff member,” said Wu. “I think as long as we continue to hear that, it’s something we need to work on. And when we stop getting that, then maybe we’ll have reached some sort of tipping point.”

Despite the recent increases in diversity among the student body, there are still problems for marginalized students on campus. “Even though New College is a very leftist institution and prides itself on being open about things, there’s still a lot of micro-aggressive practices that can be confusing when you look at the things New College is supposed to represent,” said third-year student Miles Iton, NCSA co-president and co-founder of the Black Student Union on campus.

“Culturally, this is a very different space than what a lot of people of color are normally exposed to,” said Iton. Aside from dealing with typical adjustments to college life, students of color must also adjust to being in spaces where most people around them aren’t familiar with their cultural backgrounds, which can lead to feelings of alienation.

“How can we keep throwing the word community around when so many of our students feel like they don’t belong here?” said third-year student Leen Al-Fatafta, vice president of the Council of Diversity and Inclusion. “I think it’s crucial for marginalized students to feel welcome at New College.”

Although the Counseling and Wellness Center (CWC) is relatively diverse with several people of color on staff, there are no services at the CWC specifically tailored for students of color to deal with mental health issues unique to their experiences, such as coping with micro-aggressions, feeling alienated by a lack of community or dealing with the grief of police brutality incidents.

Dedicated safe spaces can help marginalized students feel more sense of community and belonging. “Students of color and other students of marginalized identities need to have space to assert their identities,” Iton said. “That’s how schools end up keeping this diversity element that they chase so much to look good.”

“I know in other liberal arts colleges you have dorms specifically for students of color or students from a certain area of the world,” said Al-Fatafta. “I think this started happening on campus because now we have our first LGBTQ+ dorm, which is awesome, but I think people would be more hesitant if we started a student of color dorm.”

Students of color and of other marginalized identities can turn to the Council of Diversity and Inclusion (CDI), an organization of student representatives that mediate conversations regarding diversity and inclusion between the student body and administration, regarding issues they face on campus.

“For marginalized students, it’s hard to find ways to navigate their experience here,” said Al-Fatafta. “A lot of problematic things happen regularly at New College. I feel the CDI is a good place for those things to become public and catalysts for social change on campus.”

Other than the CDI, student-run initiatives such as the Black History Month Planning Committee, the Black Student Union, and Latinx Club all aim to help racial and ethnic minority students feel more comfortable on campus.

“More than just saying I hope New College gets a more diverse student body, I hope more students from diverse identities at New College can have a positive experience,” said Iton.

Yet just increasing diversity in admissions is not the end for New College’s new initiative. “More diverse bodies doesn’t equal more diversity so long as the courses you are offering are strictly Eurocentric, so long as you don’t have an Africana Studies department, a Middle Eastern Studies department, a Latin American Studies department,” said Al-Fatafta. “So long as this diversity isn’t institutionalized, it doesn’t mean this campus is more diverse. Yes, we’re attracting more students of color, but one, do they stay? Two, are they satisfied by their experience? Three, do we provide the support for these students to have a transformative experience at New College?”

Despite the challenges, increasing diversity on campus is a worthwhile goal for a liberal arts institution whose philosophy is to expose its students to a broad range of knowledge. “There are benefits to having a more diverse campus because the student population is exposed to different mind-sets, different backgrounds, different perspectives,” said third-year student Paul Loriston, NCSA co-president and co-founder of the Black Student Union. “Increasing diversity can help the liberal arts tradition.”

Although racial and ethnic minorities enrich college campuses, it is important not to tokenize students of color. “I think if campus engages with marginalized students in a way that improves their experience here, that’s good, but if we’re just bringing them for show and to put them on our website, that’s abusive,” Al-Fatafta said.