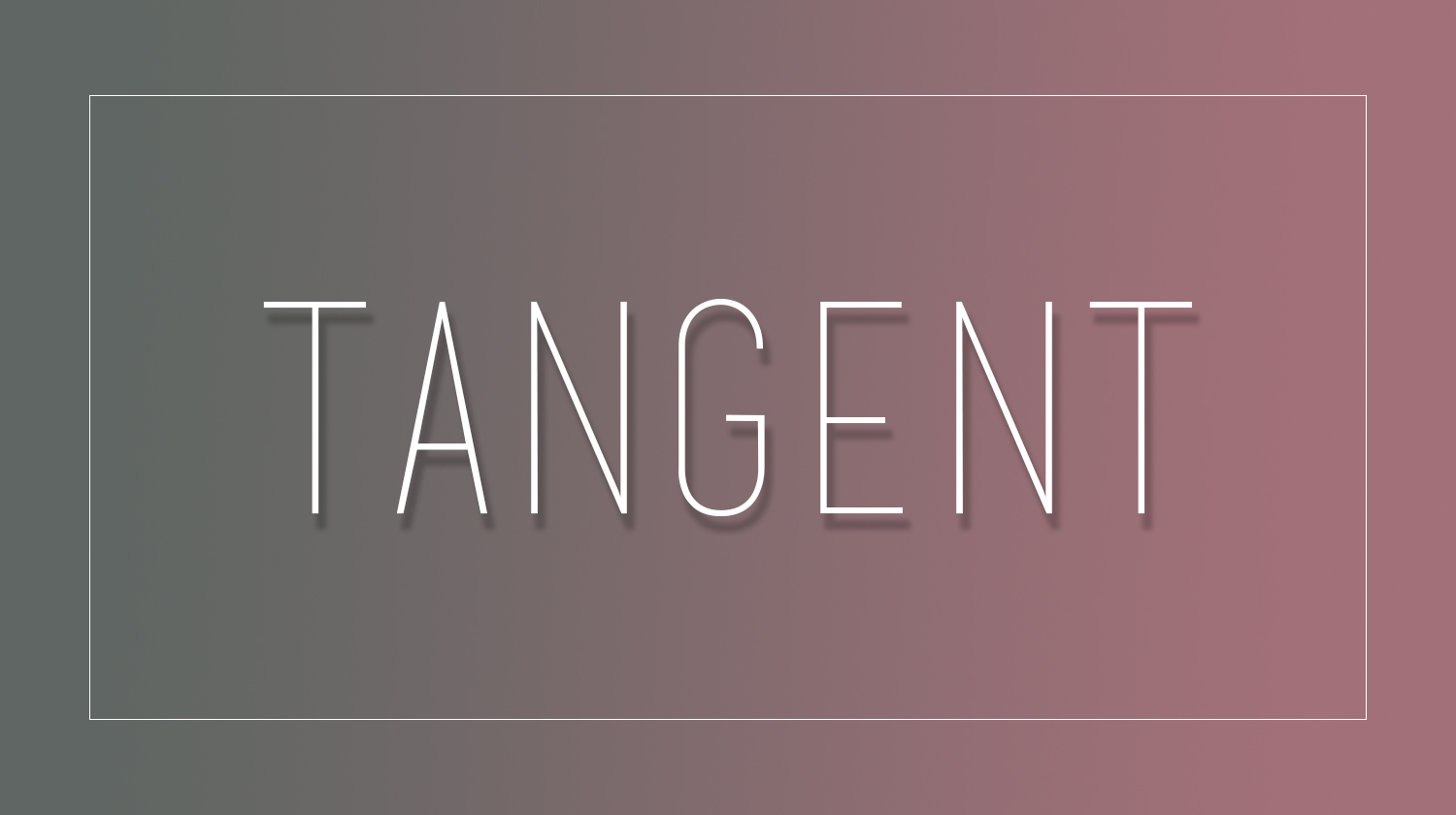 When the death of President-for-Life of the Republic of Uzbekistan Islam Abduganiyevich Karimov was announced on Sept. 2, 2016, Prime Minister Shavkat Mirziyoyev quickly took over the governance of the country. Since then, Mirziyoyev and his administration have begun carrying out unexpected reforms and personnel changes and notably shifting state rhetoric on many issues in a series of moves called by some analysts ‘the Uzbek Spring.’

The Republic of Uzbekistan

The Republic of Uzbekistan is a landlocked country in Central Asia bordered by Kazakhstan, Kyrgyzstan, Tajikistan and Turkmenistan. Its ethnic and linguistic composition is made up largely of Uzbeks with minority populations of Karakalpaks, Kyrgyz, Russians, Tatars and Tajiks. While Uzbek is the official and most common language, as in many former Soviet republics, Russian serves as the lingua franca of choice for intercultural communication. The most popular religion of Uzbekistan is Sunni Islam, with small minorities practicing other religions including Russian Orthodoxy and Shia Islam.

Uzbekistan has a long history as an important stop on the ancient Silk Road trade route connecting European and Asian markets, peoples and ideas. It had been parts of ancient nomadic empires, large domestic khanates and Arab, Greco-Bactrian, Mongol, Persian and Russian empires in Central Asia for centuries before being incorporated into the Soviet Union in 1924 as the Uzbek Soviet Socialist Republic. Islam Karimov, who until being elected as the first President of the republic by the Uzbek Supreme Soviet in 1990 served in the Central Committee and Politburo, declared Uzbekistan to be an independent republic in August 1991, shortly after the attempted coup in Moscow.

Uzbekistan is an energy-rich, water-poor lower riparian nation on the Amu Darya and Syr Darya rivers. Its major natural resource endowments include oil and natural gas as well as gold and other minerals. Energy exports and cotton make up significant proportions of the country’s total exports due to development policies established by the Soviet Union. Since independence, politics in Uzbekistan have been dominated by old guard Communist Party members and Karimov himself, with a little political maneuvering and rebranding. While officially a presidential constitutional republic with a bicameral legislative branch, strong executive and nominally independent judiciary, the Uzbek political regime is more akin to a superpresidential system like that in Russia and some other former Soviet republics. Underneath all the typical features of post-Soviet politics is the web of regionally-based clans, such as the Samarkand and Tashkent clans, each of which pursues its own interests and forms informal but still significant political allegiances.

In the early 1990s during the collapse of the Soviet Union, the five Soviet Socialist Republics (SSRs) Kazakhstan, Kyrgyzstan, Tajikistan, Turkmenistan and Uzbekistan declared independence from the USSR. Since then, each has progressed in its own way from authoritarian one-party rule and a centrally planned economy under Communism to their own political and economic systems. These transitions have been neither smooth nor even. Power grabs by old guard Communists immediately during and after independence ensured small groups of well-connected elites were able to reap the benefits of the transition for themselves, their families and their allies and perpetuate their own control over lucrative and influential positions in government and the economy. This is one of the factors that have made the transition to democracy and free markets so seemingly intractable.

Freedom House is a government-funded non-governmental organization (NGO) that conducts research and advocacy on democracy, political freedoms and human rights. It scores countries using a seven-point scale which constitutes an aggregate score across seven categories considered to be essential elements of any democracy: national democratic governance, electoral process, civil society, independent media, local democratic governance, judicial framework, independence and corruption. In the most recent edition of the annual report Nations in Transit, not one of the five Central Asian republics rated above a six on the seven-point scale of overall level of democracy, with one being most democratic and seven being least democratic. Uzbekistan, however, registered slight improvements in two of the seven categories, civil society and independent media, thanks chiefly to the new policies and practices of President Shavkat Mirziyoyev.

Like the former president Karimov, Shavkat Mirziyoyev held many offices before becoming Prime Minister in 2003. Although the majority of his higher education is in mechanical engineering, in 1990 he was elected deputy of the Supreme Council of Uzbekistan and served simultaneously as Chairman of the Credentials Committee. In 1992 he was appointed hokim (governor) of the Mirzo Ulugbek district of the capital Tashkent and of the two main cotton-producing regions Jizzakh and Samarkand. Serving from 2003 until 2016, Mirziyoyev was a key player in the previous administration and eventually came to be considered the likely successor upon Karimov’s death.

Two Longest-Imprisoned Journalists in the World Released: Among the changes implemented since President Mizriyoyev came to power have been the releases of numerous political prisoners. The two most prominent Uzbek political prisoners—Muhammad Bekjanov and Yusuf Ruzimuradov—were also some of the longest-serving journalists in the world according to Human Rights Watch. Both men were wrongfully imprisoned under Karimov’s rule on various false charges including plotting to overthrow the government, organizing a series of bombings in Tashkent in 1999 and attempting to assassinate the president, as well as true charges of involvement with a banned opposition newspaper. They served sentences of 18 and 19 years, respectively, and were both released in 2017 and 2018 after surviving routine torture, starvation and pestilent living conditions.

These releases do not mean such practices have stopped entirely. Bobomurod Abdullaev, a freelance journalist who consistently criticized the Uzbek government on the internet and radio, disappeared on Sept. 27, 2017 until his secret appearance before a judge in a criminal court on Oct. 1, 2017 on charges of “attacking the constitutional order”, Radio Free Europe/Radio Liberty reported on Oct. 5, 2017. He has yet to be released, despite the inherently political nature of his arrest and releases of other political prisoners. “An important point to watch is the outcome of the Bobomurod Abdullaev trial–if he isn’t vindicated and set free, many will see it as proof that the new Uzbekistan is just the same old Karimov state with a new face. The Abdullaev case is a bellwether of sorts,” Catherine Putz, the managing editor of The Diplomat, an online magazine focused on Asia-Pacific international affairs, said in an interview with the Tangent.

“Rats” in the Finance Ministry: After firing former finance minister Rustam Azimov in summer 2017, Mirziyoyev ordered hundreds more in the Finance Ministry to be fired later that year. This was in an attempt to root out inefficiency as well as get rid of “rats” which sullied the ministry, according to the state news agency UzA.

National Security Service Indictments: The S.N.B., or National Security Service, has long been feared as the oppressive arm of the Karimov regime whose primary job was to suppress political and social dissent. It is the Uzbek successor to the K.G.B. and operates with a wide degree of autonomy and impunity both in Uzbekistan and abroad. It was the S.N.B. which brought Bekjanov back from Ukraine after fleeing Uzbekistan to be tried on political charges. As recently as March 2018, up to a dozen S.N.B. officers have been arrested, and Rustam Inoyatov and his deputy Shukhrat Gulyamov were both fired. Gulyamov was actually tried and sentenced for numerous crimes including arms trafficking and links to organized crime. Steve Swerdlow, a researcher at Human Rights Watch, described some of those arrested as “high level torturers” in an interview with the New York Times.

“For now, I see the sidelining and indictment of various security personnel as having more to do with so-called regime consolidation–i.e. Mirziyoyev getting rid of internal challengers–than altruism or the promotion of human security. If human security and restitution were on his mind, people like Inoyatov would be in jail; he’s not, he’s out of power but he hasn’t been prosecuted and likely will never be,” Putz said in the same interview.

Liberalization of Monetary Policy: The Central Bank of the Republic of Uzbekistan announced in early 2018 its more outward-looking monetary policies, including intentions to sell up to $300 million in Eurobonds and allow the national currency, the soum, to fluctuate more freely while still maintaining a managed float system and depreciate in value. These policy changes are intended to promote domestic expansion by encouraging Uzbek businesses to borrow and to fund infrastructure projects and create jobs, first deputy governor of the Uzbek central bank Timur Ishmetov said in an interview with Bloomberg. The government is also reported to be planning to protect the independence of the central bank from political influence. “Certainly, these are all improvements over the Karimov era but the majority of Mirziyoyev’s reforms to date have been in the interest of expanding Uzbekistan’s economic opportunities–gentling the country’s image abroad is decidedly part of inviting new investors in,”, Putz said in the same interview.

Neighborhood Relations: Some of Mirziyoyev’s most significant shifts in the long term may result from his new approach to relations with neighbors, including reversal of the previous hardline stance on the Rogun Dam in Tajikistan and taking a more active role in Afghan peace processes. Islam Karimov and President of Tajikistan, Emomali Rahmon, had both rattled their fair share of sabers regarding the construction of the Rogun Dam hydroelectric project on the Vakhsh River, a tributary of the Amu Darya river which Uzbekistan uses to irrigate its cotton fields.

What was once a flashpoint between the two countries may no longer be an issue of major contention, as in March 2018 Mirziyoyev made public Uzbekistan’s intentions to drop its opposition to the Rogun Dam, which was welcomed by Tajik president Emomali Rahmon and contributed to an overall easing of previous tensions regarding the flows of water and goods between the two countries. “Uzbekistan’s greatest reforms so far have been in its relations with its neighbors. The reorientation of Uzbekistan’s foreign policy from being insular to neighborly is real–the ‘reset’ with Kyrgyzstan and Tajikistan is real, in my opinion. There are areas of friction remaining, of course, but it seems Uzbekistan is finally taking seriously its relations with its neighbors,” Putz said.

Consistent with Uzbekistan’s new intentions to become more open and engage with the world, Mirziyoyev has also planned to take a more active, long-term role in peace processes between the Afghan government and the Taliban, hosting talks in Tashkent in late March 2018. “I think Uzbekistan can contribute positively to the Afghanistan peace process and it is better to be involved than not; that said, I don’t think Uzbekistan’s participation will make a material difference to the peace process itself though it can certainly lead to bettering economic circumstances for both Afghanistan and Central Asia,” Putz added.

Towards Democratization or Something Else?

“Real democratic reforms would involve the allowance of real public dissent in the form of opposition political parties, independent civil society organizations and free speech–there have been improvements in the media realm, for example, but even those topics which under Karimov could not be discussed in media–like security service corruption–are only discussed after Mirziyoyev talks about it . . . Many Uzbeks, and Uzbek friends with relatives back in Uzbekistan, are still skeptical that the state can really change–power is still wielded by a small group which has been at the top since the Soviet period, Mirziyoyev among them,” Putz added. For all the significance of the announcement of these reforms, and in some cases their actual implementation, it does not appear the new regime has completely won over the confidence of the country yet. With time and serious steps towards long-term reforms, Uzbekistan may have a bright future ahead.

Information for this article was sourced from the BBC, Bloomberg, the Carnegie Moscow Center, the Committee to Protect Journalists, the Diplomat, Fergana Information Agency, Human Rights Watch, The New York Times, the Permanent Mission of the Republic of Uzbekistan to the United Nations, Radio Free Europe/Radio Liberty and Reuters. Many thanks to Catherine Putz for her contributions and insights.