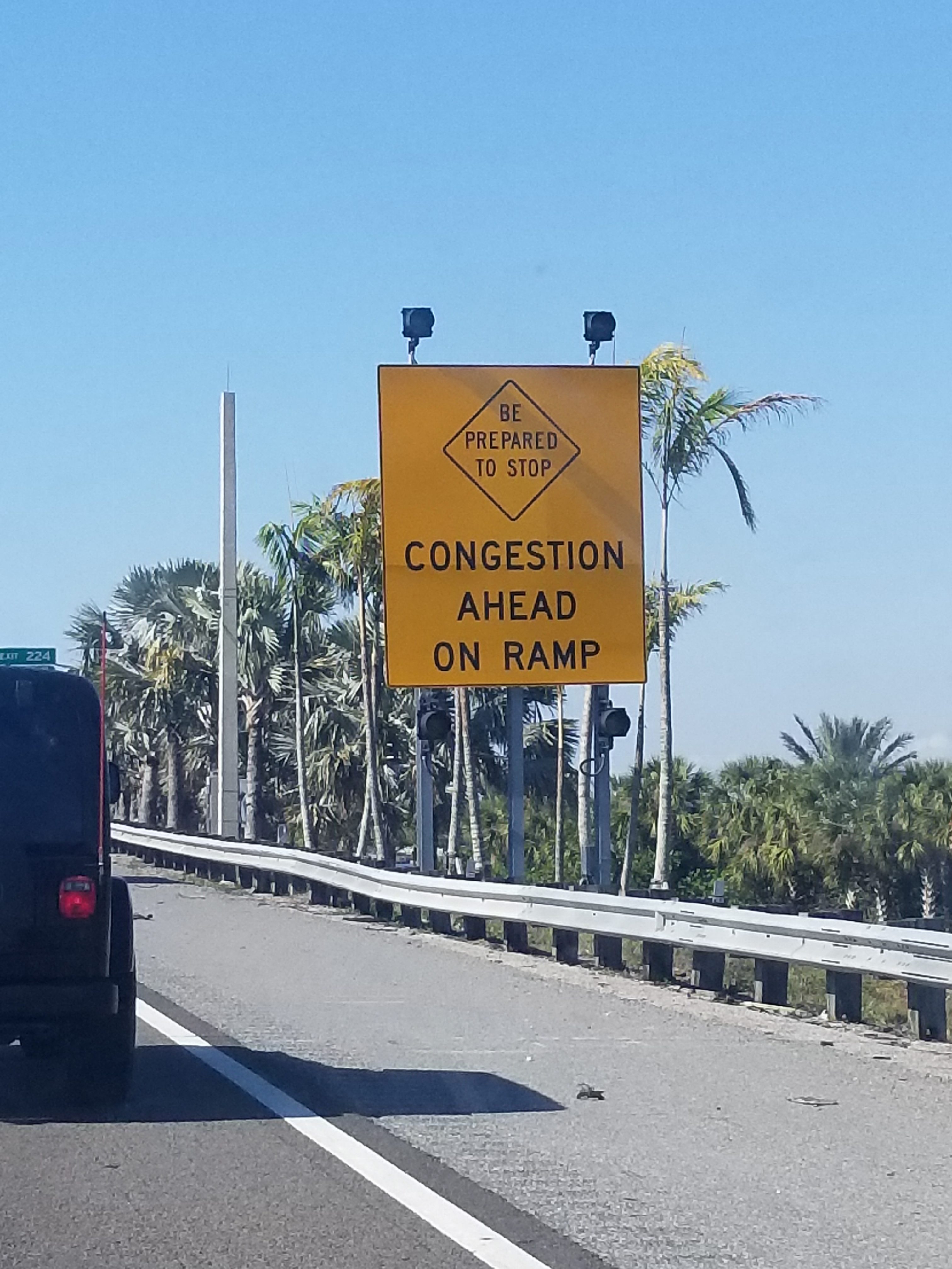 As anyone driving in the Sarasota-Manatee area is aware, traffic is horrible. The snowbirds have flown down–rather they drove, and they are driving locals up the wall. Recently, the Florida Department of Transportation (FDOT) proposed a plan to make driving easier for the predominantly old and White residents that are currently impacted by traffic driving toward the Sarasota area: a flyover that will run from Palmetto and across DeSoto bridge to U.S. 301 through the middle of Black communities in Bradenton. Not only is this traffic solution yet another example of racist and inconsiderate building practices, it is also projected to actually make traffic 11 percent worse.

The proposed 1st Street flyover would run through two Community Redevelopment Agency (CRA) districts. The CRA of the City of Palmetto was created in 1985 to provide financial aid for public projects for districts in need. These two districts are below the poverty line and entitled to federal aid, yet are having property values and community safety, among other things, potentially threatened by a proposed flyover that may not even serve its intended purpose of easing traffic conditions. 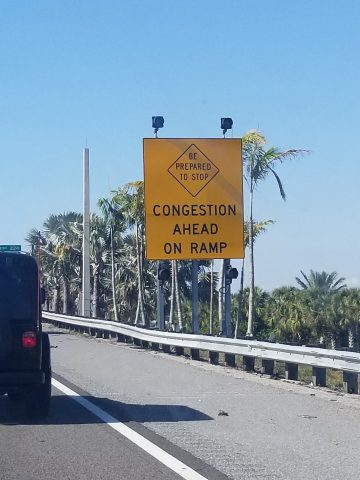 It is important to bear in mind the racist urban planning that is the proposal of this flyover is not an isolated event. Two prominent examples in south Florida include the construction of I-275 through St. Petersburg and Overtown in Miami. According to Urban Philanthropies, Overtown was originally designated for Black railroad workers and laborers needed to make the city of Miami possible and was known as “Coloredtown” in the early 20th century. In spite of segregation and the harsh restrictions of the Black Codes, or Jim Crow, Overtown flourished culturally and economically. That is until the construction of two expressways right through Overtown tore it apart in the mid-1960s. The story of I-275 is a similar one. According to Dr. Marvin L. Simmer’s “Racial Segregation in the Rise and Fall of 22nd Street South: The Unfolding Story of the Historic Black Business Recreational District in St. Petersburg, Florida,” the construction of I-275 split the Black community of St. Petersburg, forcing Black residents of St. Petersburg to relocate and hurting Black businesses. Most notably, it contributed to the decline of 22nd Street South, a “10 block long core of Black operated businesses, professional services, entertainment hotspots and churches,” according the article.

These are but two examples that hit closer to home, the destruction of poor and/or Black communities through urban planning is entrenched in the history of America’s infrastructure. “How America Built its Highways to Serve the Wealthy and White” by Eric Avila discusses the habitual practice of eradicating communities through the early construction of today’s interstates.

“They [interstate highways] often decimated poor, working-class, and racialized neighborhoods, wholly vulnerable to the conclusions that highway planners derived from their meticulous data,” Avila said of the construction of early interstate highways through underprivileged neighborhoods. “These neighborhoods harbored the very conditions that infrastructure is designed to prevent, congestion, pollution, disease, crime, yet remained bereft of public investment. A better solution…was to simply eradicate these communities altogether through invasive public-works projects,” Avila said.

Of the proposed 1st St. flyover, Natasha Clemons, from the Black Lives Matter Sarasota-Manatee Chapter said, “It actually is unjustifiable, to tell you the truth. How they justify is they want to make you think as if it’s going to be better for them, but what about us? There is nothing to justify, what about us, the people that live in the community? What about our children? What about safety?”

“This is basically a busy interstate within the middle of a community that has lots of children,” Clemons continued.

Clemons’ concerns stand among several unrecorded voices as the FDOT opted to hold two public meetings just outside of the community that would be impacted. Upon request, the FDOT held a meeting at a church nearby 1st Street, but it was revealed later that attendees were not given comment cards and the meeting was not on the record because it was a requested community meeting, rather than a public meeting. According to the President of the Manatee Chapter of the National Association for the Advancement of Colored People (NAACP) Rodney Jones, Daytona based lawyer Arthur Huggins Jr. is looking into whether the FDOT’s methodology for meeting selection was a violation of Title VI of the 1964 Civil Rights Act.

“The well over a hundred people that attended that meeting in direct opposition to the flyover, none of their voices were heard because the meeting wasn’t recorded,” Jones said. “We didn’t know that at the time but…we inquired after about the comment cards and how they recorded our sentiments.”

“It’s definitely insulting just for the sheer purpose that you would do that in 2018 and then just totally disrespect the community that is more than likely to be just devastated by this flyover,” Jones said “So then they went so far as to publish that 71 percent of the people that they surveyed supported the flyover and that’s not true because not all of the community was included.”

The FDOT has alternative options to ease traffic conditions but are devoting the most time and energy to the flyover due to it being a “best performer” for moving traffic and due to the De Soto Bridge’s age. The De Soto Bridge will need to be replaced within the next 10-12 years anyways, which is likely why they are leaning most heavily on the flyover option.

According to the Liberation article titled “Black community in Bradenton fights highway that would harm historic neighborhoods”, Catherine M. Hartley, the director of Planning and Community Development for the city of Bradenton anticipates that the flyover would actually make traffic 11 percent worse.

The article states that Hartley’s interpretation is based of the FDOT’s ‘Central Manatee Network Alternatives Analysis’ study.

This proposed flyover is not yet an inevitable reality and there are preventative actions that can be taken. The Act Now to Stop War and End Racism (ANSWER) Coalition is circulating a petition that states opposition the construction of the flyover on their website and a call in to city council members has been organized. Information on who to call, how to contact them and a suggested script can be found on the Facebook event page titled “Call-in: Black Communities Matter! No to the 1st St. Flyover.”