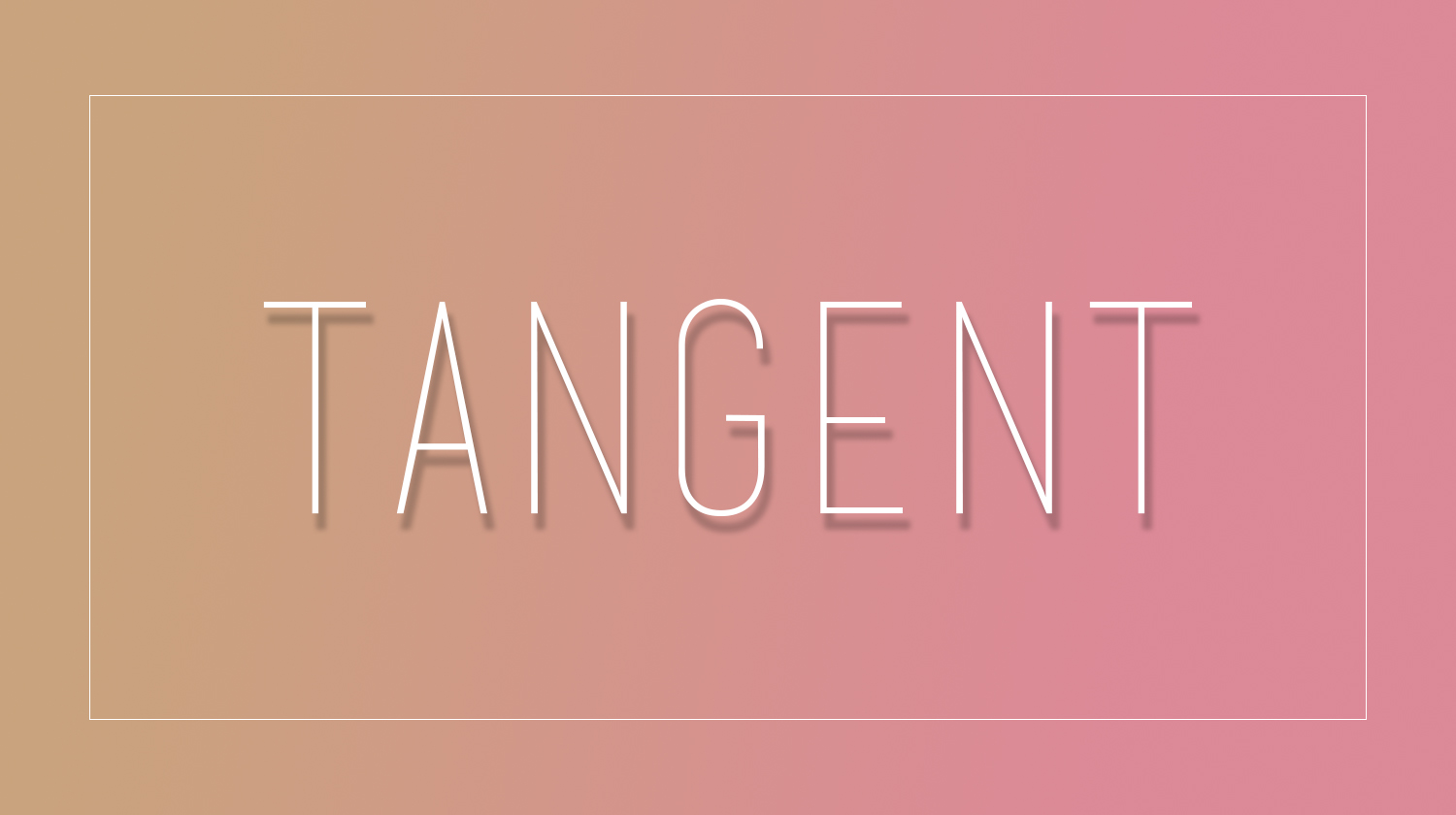 Before 2008, every single United States president had been a White man. In 2018, the same is still true for New College of Florida.

The president of New College does not carry the same weight or hold the same responsibilities as the Commander in Chief, but representation still matters. There is a clear lack of diversity in leadership across this country, not only in the federal and state governments, but in college and university administration as well.

This is only current leadership. The list of past presidents for every institution besides FAMU shows little deviation from the norm of White and male. If there are women, they are always White.

Oftentimes, minority institutions can bump up minority representation statistics in the state leadership at large.

Although women make up the majority of undergraduates in the country, the survey found that around 30 percent of college presidents were women in 2016, compared to 26.4 percent in 2011 and 23 percent in 2006.

Breaking this percentage of women down in terms of race reveals smaller clues.

Let’s start at the beginning

Diversity begins, or ends, with hiring.

The hiring process is “tricky for a variety of reasons,” especially at larger institutions, according to Professor of Humanities and former president of New College Gordon “Mike” Michalson.

When hiring a president, the institution’s local Board of Trustees usually hires a search firm to help reach out to potential candidates and build a viable pool, anywhere from 35 to 70 applicants, according to Michalson. The problem many institutions run into in Florida is the Sunshine Law: under this series of laws it is required that the names of all candidates are public record. Many candidates, like a president or provost at another institution, do not want to risk the potential fallout that could occur if their home institution knew they were looking for another job. As soon as the search firm notifies the search committee of a candidate it becomes public record.

“Usually what [the search firm] will do is have side chats with some candidates who don’t want to put their name in until very late in the search when it might be clear that they would have a very good chance of the position,” Michalson said.

The search firm can play an important role in which candidates are considered for the position.

“You have to be careful about choosing search firms because they have different strengths but some search firms are better, for example, at generating a more diverse pool and not just going back to the same old, same old white guys who’ve been familiar over the years,” Michalson said. “The trick is to find people with relevant experience. These are tough jobs, so you have to identify people who have some experience in that executive level environment without losing the possibility of finding a sleeper, somebody who might not have been living that kind of professional life but they really have a lot of potential.”

For Michalson, this is one way diversity issues in presidential searches and hirings could be addressed.

“Boards of Trustees could take responsibility to make a priority out of creating diverse pools and selecting search firms that have special competence in that area,” Michalson said.

In addition, when hiring a president, many search committees look to other institutions for potential candidates.

“The percentage of presidents who had ever worked outside higher education rose from 47.8 percent in 2011 to 58 percent in 2016. But the percentage who had never been a faculty member fell from 30.4 percent to 18.8 percent. The most popular career pathway for new presidents continued to be through academic administration, as 42.7 percent of presidents said their most recent prior position was as a chief academic officer, provost, dean or other senior executive in academic affairs,” according to Inside Higher Ed, based on the data from the American College President Study.

President O’Shea spoke to this trend of presidents often coming from higher education administration, as well.

“The best people to recruit are, if you’re looking for presidents, is somebody who’s been a provost or a president at another school,” President O’Shea said. “But if you’re going to get them you have to get them to apply publicly, to be willing to be considered.”

This data collected by ACE imply that institutions are prioritizing experience when it comes to hiring a president. However, the statistics in Florida alone should prove the obstacle this creates. If the majority of college and university presidents have been White men, White men will continue to be hired as presidents. It’s an endless circle, with no room for diversity.

Besides the Sunshine Law, the search firm and the trend of hiring people already within the academic senior administration, there are larger influences at play in presidential search committees, especially at bigger places like Tallahassee or Orlando and Tampa, which are hubs of economic development, according to Michalson.

“You have local elected officials, legislators, weighing in for better or for ill, and sending subtle signals about the kind of next president that they’re going to be be quote comfortable with,” Michalson said. “And very often that kind of person that they’re going to be comfortable with is not going to be someone who rattles cages, you know what I mean. And the local Board of Trustees or the search committee at that institution can’t brush that off, it can’t tell off a legislator trying to intervene because they depend on that legislator for their funding.

Sarasota is a different case, according to Michalson. The pressure would be less from local legislators and more from the private sector, “wanting someone who would quote ‘fit the Sarasota social scene,’” Michalson continued. “There’s great pressure on people like the New College president to see and be seen.”

In addition, the Board of Governors, who have each been appointed by Governor Rick Scott, have the final say on which candidate gets selected.

A new rule requires a member of the Board of Governors to serve on the presidential search committee.

“At first that seemed ominous but […] that’s actually been a force for the good, I think. They’ve actually played, I think, a very solid role there and I’ve been impressed,” NCF President Donal O’Shea said. “So, in the last few hires I’ve seen they’ve actually been better. Now has it resulted in better diversity? No. So I’m not sure therein monitoring that the Board of Trustees is getting a diverse as pool as possible. And I don’t know when I was hired were there other candidates in there that were not White males, I just don’t know.”

Last October, President John Hitt of UCF announced he will be retiring.

According to the Orlando Sentinel, “The university will form a committee that will include faculty, staff, students, alumni, other Central Florida residents and members of the Board of Trustees and Board of Governors.”

“We will conduct a transparent, comprehensive and inclusive search,” Marcos Marchena, Chairman of the UCF Board of Trustees told the Sentinel.

Michalson believes it will an interesting search to watch.

“[The Board of Governors] want presidents who will put the state of Florida’s economic development above everything else,” Michalson said. “You notice I didn’t use the word education there.”

“I would love to see a Hispanic woman as president, that’d be amazing,” President of LatinX club Jennyfer “Jenny” Gonzalez, said. “I feel like being quote unquote diverse or being a POC gives you your own perspective in life, it’s this whole different thing and that’s not…when I have a White man making rules and being the voice of New College, you’re giving one certain type of voice and not thinking about…specifically, I just know that they’re not thinking about how this affects students that don’t look like them and so it’d be great to have that. Granted, I don’t ever think that’ll happen anytime soon, I’d love to think that it would but it’s just unrealistic.”

When asked how O’Shea sees his identity in relation to the predominantly White, predominantly woman identified student body demographics, in addition to campus having vocal student clubs for smaller, marginalized groups, like LatinX, Asian American Pacific Islander (AAPI) club and Black Student Union (BSU), O’Shea said: “I do the best I can, in a way. And obviously being a White male is a position of privilege in this society. I don’t know that one… I think the only thing you can do is do your best, in a way.

“I think some is you just be as imaginative as you can or try to think about, and it doesn’t do all of it, but try to think of what’s the experience of the other person.”

Information for this article was gathered from insidehighered.com and orlandosentinel.com.