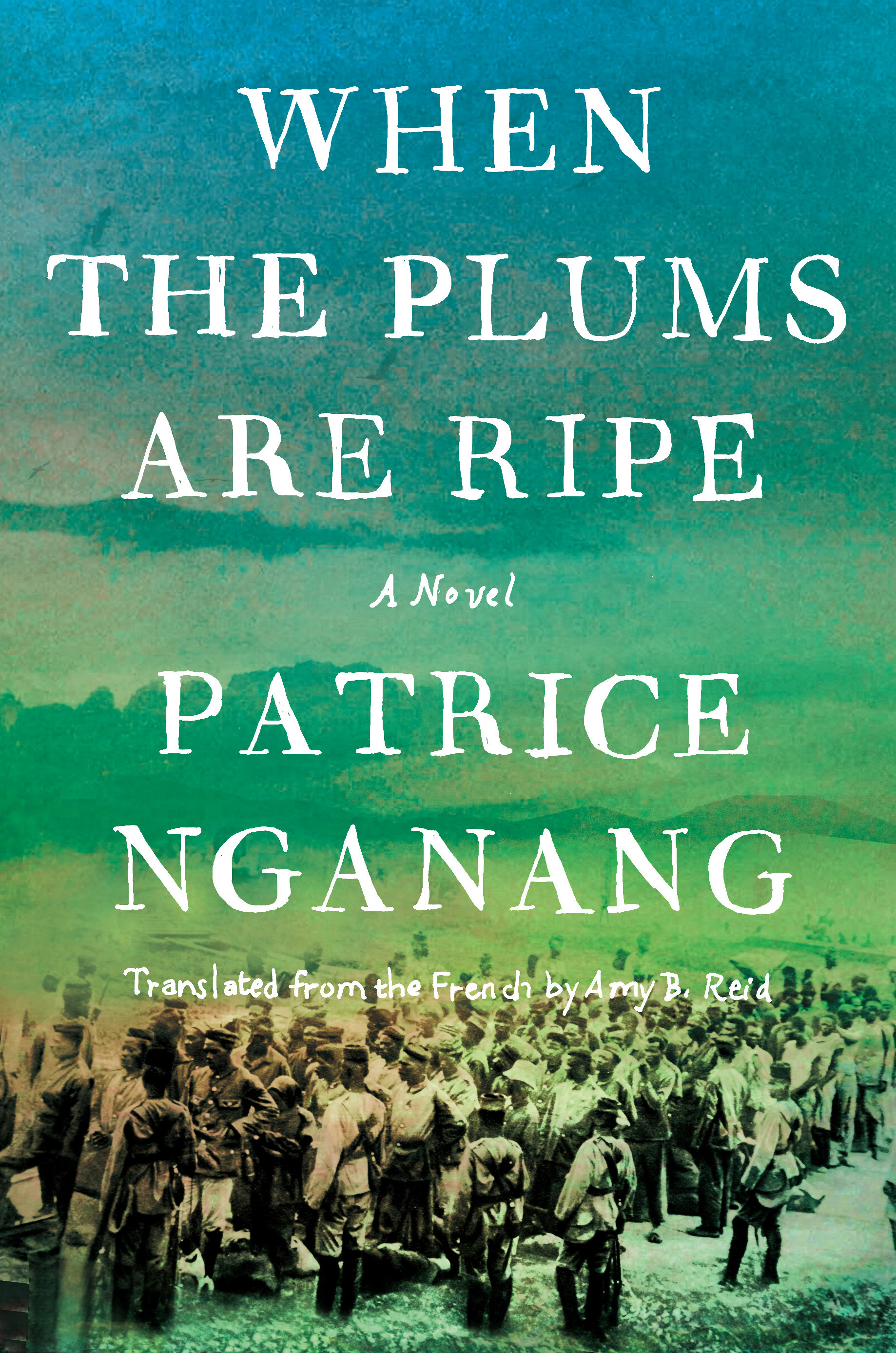 photo courtesy of Amy Reid Reid’s second translated volume of a trilogy of political novels by Patrice Nganang, When the Plums are Ripe, is coming out this spring.

Professor of French and Gender Studies Amy Reid has been teaching at New College since 1995. During this time, she has helped develop the college’s Gender Studies Program (GSP), taught numerous French language and literature courses and published various papers and translations. In 2010, Reid’s translation of Véronique Tadjo’s Queen Pokou was chosen as National Public Radio (NPR) journalist Ofeibea Quist-Arcton’s book of the year. Her translations have also been mentioned in Oprah Winfrey’s O magazine and in Vanity Fair. Catalyst reporter Jacob Wentz sat down with Reid to have a conversation about her work and how she has gotten to where she is today.

Niagara Falls, New York—pretty much due north of here and right on the Canadian border. The neighborhood I lived in was along the river, so I spent a lot of time walking on the cliffs up, down and around the falls. Growing up on the border, and in a tourist town, certainly encouraged me to study French—it made the usefulness of knowing other languages so apparent. My parents also encouraged that by opening their home to visitors—both exchange students and tourists—from around the world.

2. How did you start working at New College?

It was a bit of good luck really. The job market for academics is really competitive. I wanted to teach at a liberal arts college and I applied here because I had good friends in grad school who were alums. I lived in a co-op at Yale and at one point there were four Novo Collegians in the house. I feel fortunate to teach here because I have the freedom to teach a wide range of topics (a freedom born of necessity, really) and New College students are, frankly, a joy to teach. The intellectual curiosity and engagement of the students is what keeps me going.

I guess I’d say that Gender Studies—an academic field that grew, in large part, out of the feminist movement in the 60s and 70s—reflects my politics; how I see the world. In that sense, it fits well with what I do both in French and in my day to day. I have identified as a feminist as long as I can remember (it’s a consequence of growing up with a feminist mother and a whole lot of older sisters), but I didn’t realize it was something you could study until after I got to college. I wandered into my first Women’s Studies course by mistake during my first year in college (when I was capped out of another course). It was the best mistake of my college career. Between courses I took as an undergraduate and in grad school and reading I did on my own and with friends, feminism and its focus on intersectional analysis became the tool set I use to understand what I see, and so how I approach French literature.

4. What did you write your graduate thesis on?

5. How did you get started in translation?

In part it’s because of how we teach French literature here: some students read in the original and others in translation. That drove home to me the need for good translations of the works I want to teach. A colleague who was putting together an anthology of short stories by African writers sent me pieces by Patrice Nganang and Véronique Tadjo. That project led to long-term collaborations with each author. I’ve been able to have both Nganang and Tadjo speak on campus; I think students got a lot out of the opportunity to speak with such politically engaged writers.

I am now working on the third volume of a trilogy of political novels by Patrice Nganang; the trilogy traces the origins of Cameroonian nationalism from the end of the 19th century through the civil war that erupted in the 1950-60s, when Cameroon and other colonized countries regained independence. The first volume, Mount Pleasant, was published in 2016; the second, When the Plums Are Ripe, will come out this spring. I hope to have the third out by 2021; it’s called Empreintes de crabe, but I haven’t yet settled on a title for the translation.

The painful irony of working on that novel, which focuses on the government’s violent response to political dissidence, is that Cameroon is again going through a similar moment. For the past two years the government has been violently seeking to squelch dissent—and calls for the independence of the country’s western provinces. We don’t hear much about this in the U.S. press, but in Dec. 2017, Nganang was himself arrested and held for almost a month because of articles he had written drawing attention to the situation.

6. Do you have any other projects you are working on besides the translation?

A new project I started fairly recently is on the Vietnamese-born Québec writer Kim Thúy. I’m looking specifically at how she represents Vietnamese foodways in her writing. It’s an interesting project—this summer I’m hoping to focus more on Thúy as a chef and cookbook writer (before she started writing fiction, she had a restaurant in Montréal). It’s a good excuse for me to try out some new recipes.

7. Right now, in your office, we are completely surrounded by books. Was reading an important part of your upbringing?

You can joke about the name ‘Reid’—it’s what we did—though that’s not etymologically where the name comes from. My mother was trained as an elementary school teacher and she started the Head Start program in our town, so reading was really important. We had lots of bookshelves in every room in the house.

8. Do you have a favorite author?

When I have some free time (time when I can ‘read without a pen’), I like to read short stories by Alice Munro. Her stories are puzzles—you have to think through the details of how she depicts characters and their actions. They are more often sad and sometimes creepy tales—good for late night reading.

I’m also interested in Amitav Ghosh’s fiction; his Ibis trilogy really caught my attention for how he works along the lines of friction between languages. Just before break a student mentioned that Professor of English Jessica Young is teaching one of his novels this term.

Cooking has long been a hobby (or obsession) of mine. I like to try new recipes, but I also have a lot of ‘comfort recipes’—things I make frequently, from matzo ball soup to shortbread cookies, or Brazilian rice and beans. There are a lot of good cooks on the faculty. It’s been fun sharing meals with colleagues over the years.

Besides that, I try to exercise—running, walking or rowing when I can. It’s hard to find time to schedule exercise, but I did manage to complete two half-marathons last year (very slowly). With Benderson Park, I’m trying to get back into rowing, which is what I did a lot during grad school.

10. What will you be teaching next year?

In the fall I’ll be teaching Intermediate French (which I do every year) and also a seminar on French and Francophone theater, “On Stage in Paris and Montréal.” I taught the class for the first time four years ago and I’m looking forward to reprising it—with some changes. I am hoping to bring a colleague, Charles Batson, to campus to speak as part of that seminar. He works on the circus and queer performance in Montréal, so that will open up another avenue for discussion in the class. It’ll be a chance to connect with people at the Ringling Museum, notably alum Jen Lemmer Posey, and it also fits in with some other initiatives faculty have in the works for next year.