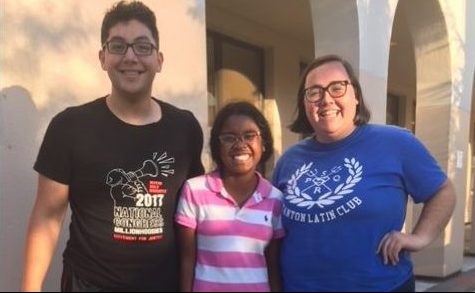 The 2018-9 New College Student Alliance (NCSA) presidential elections have now come and gone– twice. After controversy over interpretations of the Great Book, decisions made by Student Court and several last minute write-ins added to the  ballot, first-year Steven Keshishian and second-year Selena Goods have emerged as the new co-Presidents

“I know when I first came and saw a Cabinet full of people of color, I wanted to do the same,” Goods said in an interview prior to the results of the second election. “I want to make sure New College is still active and doing what they say they are doing.”

The initial NCSA presidential elections took place on April 6, on a ballot with other NCSA positions that were also up for reelection such as Student Court Justice and Landscape Representative. There were two options on the ballot: current NCSA President and third-year Katie Thurson, who assumed the position of NCSA President for two months after the previous President, third-year Ximena Pedroza resigned. Originally, Thurson had been appointed by Pedroza as Chief of Staff and assumed the position of President after winning a special election in February.The other option was first-year, Steven Keshishian, and second-year, Selena Goods, who ran as co-Presidents.According to the initial elections results, Thurson garnered 109 votes while  Goods and Kenshishian’s garnered 99. 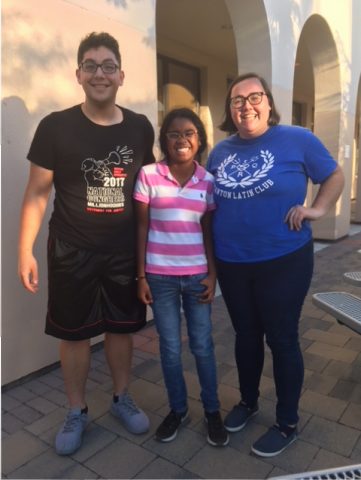 Supervisor of Elections and third-year, Eleni Spanolios, declared that the election results failed to represent a true majority. According to Spanolios 228 amount of total votes were cast including write-in candidates and abstentions, meaning that the victor would have to obtain at least 114 votes, which neither party did. It seemed that an instant runoff election would then have to take place to determine the winner, according to Spanolios. Many, including alum and co-author of the Great Book, Gary Baker (‘14), questioned this decision, to include abstentions and write-in votes in the total majority of votes needed to win, through posts to the forum.

No matter how many observers were convinced of Thurson’s victory after the post, the results had already been announced as inconclusive. There were several lingering details of the results that had yet to be agreed upon by NCSA officials.

Thurson supported the validity of the true majority system given the small number of students voting relative to the New College population.

“Then the second issue was over the instant run-offs,” Thurson continued.

Since this was the first time in recent memory that the NCSA seemed to have run into a vote with no true majority, several procedural concerns over how the vote would occur surfaced. It was concluded that the Great Book may have intended for the first election to have used a ranking system in the first place, though it was determined that having only two official tickets rendered the procedural error insignificant.

“In the first election I didn’t realize the presidential ballot had to be a ranked system,” Spanolios said. “When we looked at the results and they were really close [when] I didn’t count abstentions, neither one of the candidates got 51 percent of the votes. I thought it went to a secondary election based on the ranking of the ballots.”

Ultimately the confusion resulted in Student Court having to make the final verdict on whether or not a second election would be held. Thurson cited her current position as NCSA President as a conflict of interest that made determination more suitable to be made by Student Court .

On Apr. 12, Student Court ruled that Thurson  would be declared the winner of the first election.

“The Student Court was asked whether or not the failure to use a ranked voting method when there are only two candidates would have ‘likely’ affected the results of the election,” Student Court Chief Justice and third-year, Zachary Rahner, said. “The official Great Book clause being considered was VII.710.1, which states: ‘Any election may be invalidated by a consensus of three (3) Justices of the Student Court for violations of the NCSA Constitution or this Great Book that are likely to affect the outcome of the election.

“The Court decided that it was unlikely to affect the outcome of the election since ranking two candidates would have the same value as selecting one,” Rahner said. “It was decided that had the ranking system been used, the presence of only one other candidate effectively made it safe to infer that all of the voters would have placed their initial vote as their first place choice.”

“I was in favor of having the secondary election at first,” Spanolios said. “But after the Student Court decision, that’s when I realized the result wouldn’t have changed [even] if I did the first election right. [After that] I was indifferent: it was still pretty close, and I still think the president should probably win by more than 51 percent.”

Keshishian and Goods took issue with the way the decision was made. They immediately sent a statement out to the Students List that alleged that they had received biased treatment. The statement written by Goods claims: “During the meeting, a student complained that having another election would inconvenience them. This is blatant White privilege. Student Court didn’t deliberate on the issue after they took in public comment and they unanimously voted to uphold the election.”

This sentiment was shared by her co-President.

“They make us seem foolish when [the Justices] were talking about ‘not feeling like walking to campus’ [during the Student Court meeting],” Keshishian said. “That told us that we weren’t respected and that Eleni’s [initial] request for re-election wasn’t respected.”

Goods and Keshishian sent out a petition to reject the Student Court ruling and demand a re-election based on the events of the meeting. Thurson decided to invoke her own powers as President to call for a special election before the petition could be voted on. Before the special election would come to pass, however, Thurson resigned from the presidential race. She plans on fulfilling the length of her current term before passing the position over at the end of the semester

“After Student Court, I was kind of uncomfortable with the support I was getting,” Thurson said. “There were some very weird tensions that weren’t there to begin with from people who did not even vote in the first election–which was kind of weird. I read Selena and Steven’s statement and from seeing the reactions to that, I was able to think about it. I think the call for a second election was the right thing to do, but [this] last week was just awful and I don’t want to do that again.”

“I think for the sake of drama people assumed [our statement] was an attack on Katie when it was a jab at the institution,” Keshishian assured. “If the procedure didn’t matter much then why did [Student Court] try to invalidate [2016-2017 NCSA co-president and current thesis student] Paul Loriston during his elections? You can’t use one argument one year and one argument that year, and that’s not even considering the debate on abstentions.”

Keshishian is referring to a Student Court ruling made in the fall of 2016 where the then members of Student Court, which included Rahner, ruled to restart an election proceeding based on then Speaker of the Town Meeting and then third-year, Laura Herzog, making a verbal mistake during a Town Meeting. The election restart was cited against Loriston in a failed case for his impeachment that year that never made it beyond a hearing. Goods and Keshishian reference the fallout of those previous events as one of the many reasons they had reservations toward Student Court’s treatment of cases involving students of color.

The special election, where students could revote for their next NCSA President(s) took place on April 18 where Goods and Keshishian won. They received 133 votes in total. Though they were the only official candidates in the ballot, Rahner had announced himself as a willing write-in candidate  on April 17, the day prior to when the special elections were held.

“When the candidate I wanted to re-elect withdrew, I saw an opportunity to implement some of the changes I had been thinking about since my first weeks here, [and] other students I spoke with supported the idea,” Rahner said. “Since I was a Resident Advisor (RA) my second and third years, I was unable to run. [With this year] being my last opportunity, I took a chance. I would rather attempt to do something and fail rather than regret never trying.”

Rahner finished with 62 votes. He will remain the Chief Justice for the rest of the semester and plans to remain involved with the NCSA into his fourth year. The remaining votes contributed to an overall total of over 250 student voters, drawing slightly more respondents than the first election. Spanolios expressed feeling as if the newer distribution of votes was more or less coincidental given Thurson’s absence.

“I don’t think Steven and Selena’s call for a second election caused the results to change more towards their favor or the other,” Spanolios said. “I think most of the student body was apathetic towards what was happening in general.”

As for Goods and Keshishian, they look forward to shadowing Thurson for the rest of the year before coming into their own terms in the 2018-2019 school year.

“I mentioned in my first campaign that my goal was to set up the next Cabinet for success, and I never forgot that,” Thurson said. “I’m grateful I had the opportunity to step in and get things organized. Being able to hand over an NCSA in good shape is really exciting.”

“I hope that we can be a symbol of what this college should be,” Goods said after learning of her victory. “A symbol of activism and a symbol of inclusion. Hopefully we are able to bring people in from all the different areas of campus and really show them we are doing things out here. People of color are the backbones of this campus and we won’t let anyone ignore that.”