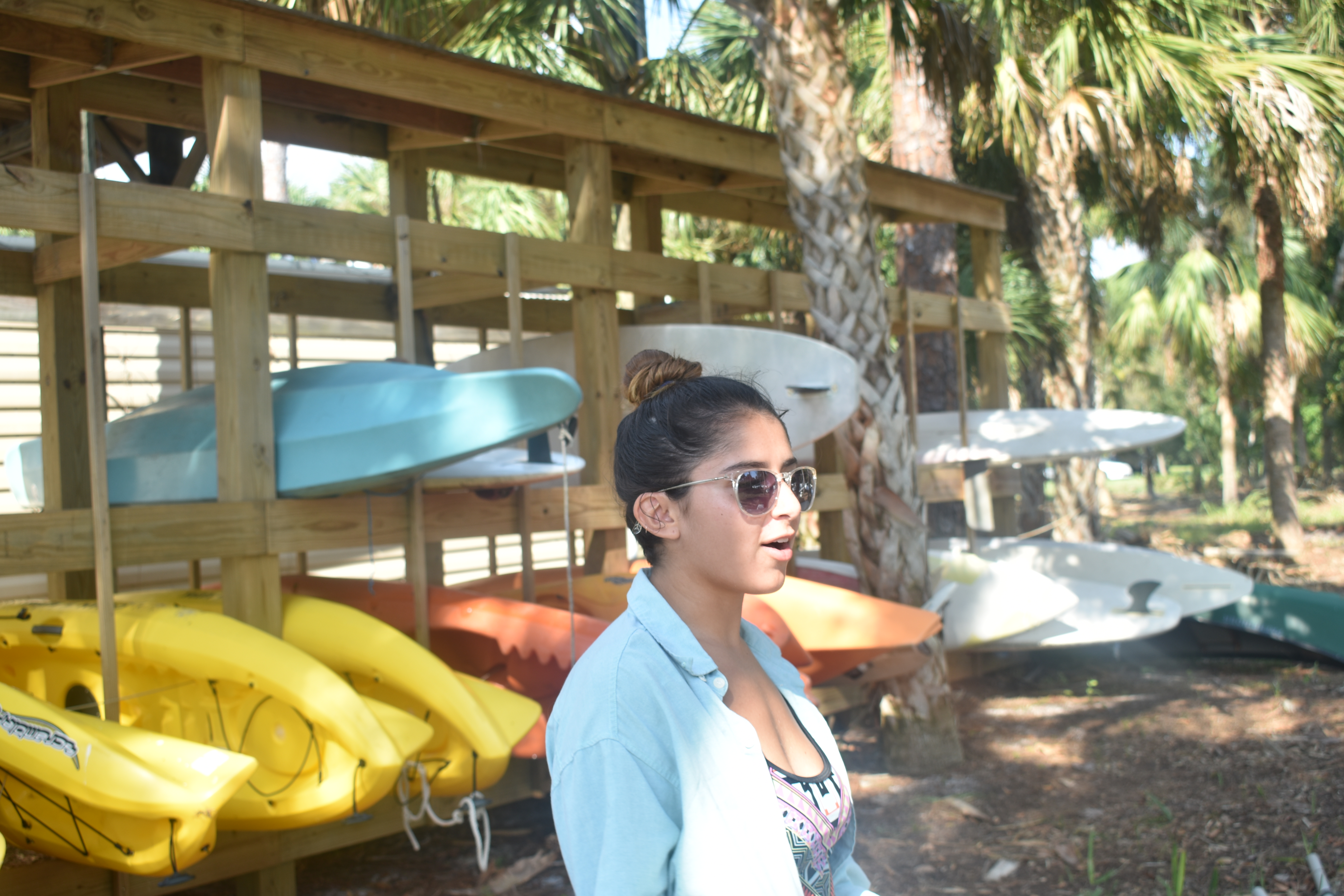 The New College Waterfront has all its vessels lined up neatly, ready to be taken out into the water. This semester, a refurbished waterfront with new staff and boats is looking forward to turning over a new leaf and a semester full of paddleboards, canoes and 420’s on the water. The reenvisioned waterfront looks ready to expand and grow into an exciting and sparkling new facet of the New College experience.

This has all happened thanks to a concerted effort by the school and the new staff of the waterfront. This year, due to grant money given to the waterfront, it has been able to hire a full time staff member and three students. Long in disarray and with unclear hours, it has recently received an overhaul by the new staff members. Newly clean and organized, the waterfront is ready for a new season.

Camila Vallejo, a third-year marine bio student, expressed her excitement about on part of the fall programming, excursions onto the bay.

“What I’m most excited about is the nature tours were hoping to do on the paddleboards,” Vallejo said. “So we’re gonna go out and just teach people about Sarasota Bay and how great it is and all the different organisms that live with us.”

The new waterfront envisions itself, in part, as a point of access to the beautiful Sarasota Bay and hopes to enable students and members of the community to connect with it.

“We want to educate folks in the community about what’s in their own backyard, in the water,” J.R. Ayers, one of the new professional staff members hired to oversee the waterfront, said. “We saw a manatee mating this morning, we saw a dolphin, we saw a lot of crabs. […] You go down that way, there are thousands of [cone jellies]; you can’t put your paddle in the water without hitting them.”

That being said, the vision for the waterfront includes more than just ecological exploration–the folks running it recognize, and hope to tap, its potential as a place for recreation.

Vallejo concurred and expressed her hope for a vibrant waterfront.

“What I want to get most out of this is to have people be here and use this space,” Vallejo said, “and explore, ‘cause there are so many things that you can do here that you can’t do anywhere else…people are always complaining that they’re so bored, use the waterfront you know.”

The waterfront could also connect New College to the local community. Ayers also has already reached out into the community and found support. His hope is to create a volunteer corps of savvy sailors and people who just want to give back in some way.

“We’ve already got one person who’s went through the process this week. [gotten fingerprinted] and they’re official with the campus now… and we’re probably gonna have three or four more,” Ayers said. “A couple of these are ex-sailors, I mean they’ve been sailing forever. They’re willing to donate time to help teach windsurfing, sailing, the whole nine yards.”

However, at the center of it all is the hope that the revitalized waterfront can become a space for students to spend time, be closer to the Sarasota Bay and the Sarasota community and have fun.

Alum Olivia Siegel (‘16), a new waterfront employee along with Vallejo, spoke about this and her vision.

“The big picture is we want to make the waterfront a bustling popular fun place for people to hang out, like the bay, but a recreation kind of place,” Siegel said. “We’ve got all these cool boats that people should be able to take out, we live in Florida–it’s a Florida college on the water–we should have a hot spot on the water.”

When all the pieces of the vision come together, the waterfront should become a hotbed of activity, bringing students, student groups and the local community together to celebrate the bay, escape the grind of classes and just have fun. Ayers, Siegel and Vallejo all warn folks to keep their eyes peeled for upcoming events. The waterfront should open sometime around fall break.