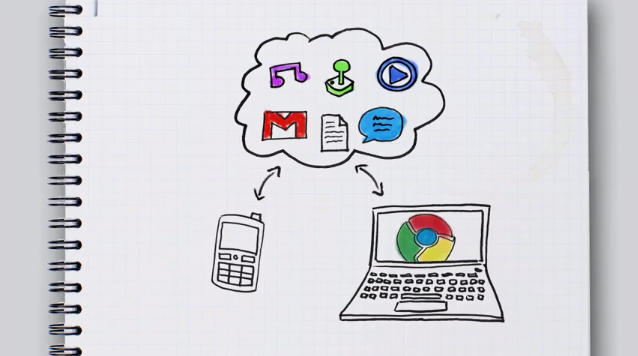 “If your operating system is a hassle and all you’re really using it for is to get on your web
browser to get online, then maybe we don’t need this anymore,” pondered a video released by
Google late last week. “What if when you pressed ‘ON’ you were on the internet in seconds.
What if your browser was your operating system?” Then you’d be running Google’s Chrome OS
operating System (OS).

Nine months ago, Google released its web browser dubbed Google Chrome and later
revealed that it was to be the foundation for the company’s next project: an operating system
that would compete with the likes of Windows, Mac OS X and yes, even Linux based operating
systems.

On Thursday, Nov. 19 Google announced at a press conference that Chromium or “Chrome”
OS is scheduled to be released officially in one year, but that developers could begin contributing
to the project immediately. In the spirit of collaboration Google has made the source code of
Chrome OS freely available to those who wish to contribute to helping eliminate bugs and even
add features.

Your intrepid tech columnist took it upon himself to download the source code and give
Chrome OS a test drive. Since Chrome OS is nowhere near having the form of its final version
and is intended to be used only by software developers at this time, the installation was a
convoluted ordeal that lasted several hours. A few hours after Chrome spread through the
Internet like wildfire, there were downloads, such as one from gdgt.com that provided easy
installs of Chrome OS. Of course, with your tech columnist’s luck he was unable to avoid the
convoluted and time consuming command line based process developers have to bear with.

How does Chrome OS compare to other operating systems such as Windows and Mac OS
X? Since Chrome OS is based on the idea that the internet is the most important and most used
feature of computers, it takes the web browser and makes it the operating system. Imagine
turning on your computer and as soon as it loads, in 7 seconds time for Chrome OS, what loads
is the internet browser. No desktop, no “Start” menu and no applications installed on the hard
drive. Just a browser.

It’s as if Google’s Chrome web browser was the only thing installed and the only thing open.
Chrome OS adds some features to the browser in order to make it a friendlier user experience.
Tabs can be “pinned” to one’s browser and become dedicated to an online application, or web
app, such as GMail. Chrome OS also adds “panels” or small windows dedicated to certain
actions, such a Google chat or streaming music, that can be minimized like a normal window and
will float above the browser’s other tabs.

Since the operating system is composed solely of an Internet browser, that means that no
files, except the essential ones of the browser itself, are stored locally on the user’s hard drive.
All files that are being worked with are in the Internet or “the cloud.”

No applications and now files on my computer?! How will I write my papers? Gmail?!
Although one could write papers for classes in Gmail, it would be more efficient to utilize the
Google Documents suite of programs. Google Docs features a well outfitted word processor,
power point composer and spread sheet program that can easily handle any assignment form
within the browser. As users save their files they are stored on Google’s servers and accessible
by them from any computer with Internet access.

However, because of the remote storage of files, Chrome OS does not have the ability to
store large music libraries or countless numbers of pictures. Despite the lack of local storage
options, Chrome OS allows users a multitude of options for online picture storage with services
such as Flickr, Picasa and Facebook. Chrome recognizes cameras, lets users view photographs
and acts as a portal to their remote storage.

While remote storage of files makes for a lighter weight and quicker operating system, it
poses two glaring risks. The first is that without an Internet connection, there will be no access to
files stored in the cloud and users’ computers will be rendered very expensive paper weights for
the time being. Without an Internet connection, they would essentially be useless. Granted, any
computer without an internet connection, regardless or operating system, has lost it’s usefulness.
The other risk involves losing the data in the cloud while having no physical back up. Don’t
think an incident of great information loss has previously occurred? T-Mobile’s Sidekick cellular
phone has the same approach and risks that Chrome OS is adopting.

Last month an error while changing server configurations led to the deletion of most
customer info which included everything that was on their phones. Yes, even their address
books. Although the information was later recovered, there is no guarantee that the same could
be said for any problems with Google servers.

However, Google is ambitious in committing to the idea of having everything one needs
on the web. Google is pushing for developers to create web apps that can accomplish the same
things traditional applications do all from within the browser. With strong developer support,
Google’s Chrome OS can become a quick and easy, yet powerful alternative to Windows and
Mac OS X.“Sign, me up! How much does this baby cost?!” In classic Google style, Chrome OS is free
of cost. Since Google makes most of it’s revenue by serving advertisements, its quite possible
that Chrome OS will stay free, without a premium plan ala Gmail, in order to gain more market
share.

Although Chrome is targeted more towards netbooks and not for more task intensive
machines, it does it’s job well considering it’s still in its early stage. It’s quick simple and safe
since you can kiss having virus on you computer away . . . for the most part. As one Google
developer put it, “It just works.”