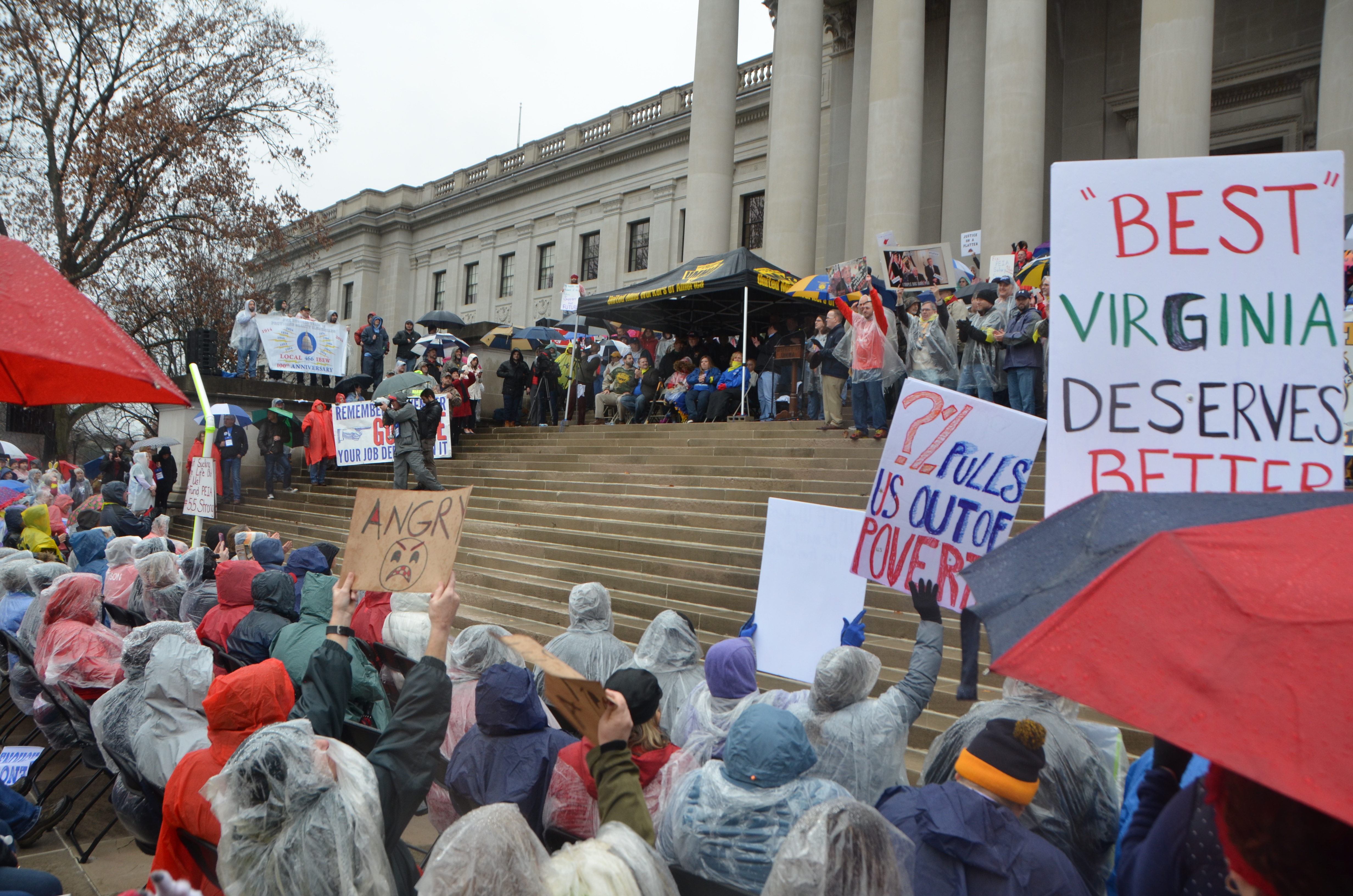 Before 2018, it was easy to believe that labor no longer really mattered in U.S. politics. President Donald Trump’s election-winning speeches painted a bleak picture of a country in which the whims of elites and billionaires overshadowed the needs of working people. However, teachers in several states have challenged that notion and brought unions back into the national political arena. In late February, local branches of the American Federation of Teachers (AFT) and the National Education Association (NEA) called for strikes and walkouts in West Virginia. The actions of teachers in West Virginia and their resounding success has since inspired similar strikes in Oklahoma, Colorado, North Carolina, Kentucky and Arizona. 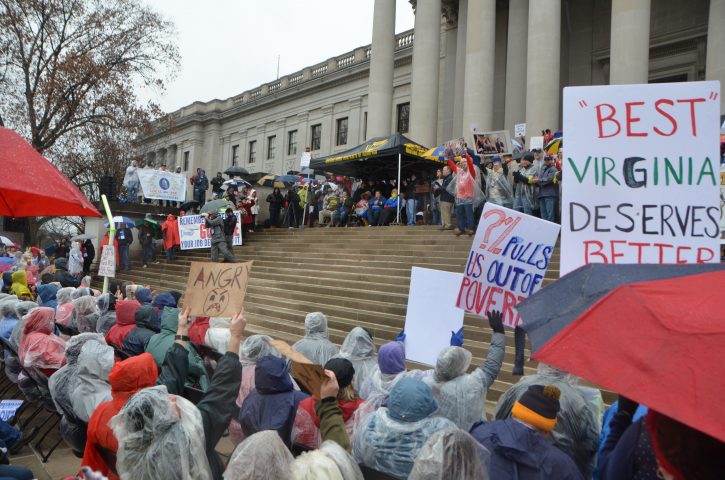 Teachers, school service workers and their supporters, including all the labor unions in West Virginia, rally outside the capital building.

Across the country, teachers’ demands have been similar. Better pay for educators and their support staff, less-crowded classrooms, healthcare and funding for classroom supplies. In the past two decades, pressure on educators has grown while their compensation has not. Real income for teachers decreased three percent between 2006 and 2016. According to a 2015 study by the  Economics Policy Institute (EPI), teachers’ weekly wages were 17 percent lower than comparably educated workers. Salary disparities for women, who make up 76 percent of the profession, are especially stark. A University of California, Berkeley study found that in 2000, female teachers earned 13.2 percent less than comparably educated women, a dramatic shift from 14.7 percent more in 1960.

Demands for salary increases may appear selfish—a concern for individual bank balances that disregards students’ needs—but they are made alongside requests for overall improvements in school districts. Higher salaries have the potential to attract qualified, educated teachers to fill vacant teaching positions at schools that have been woefully neglected by state governments. In Arizona, teachers rejected a proposal by Governor Doug Ducey that would have provided pay increases for teachers but no improvements in overall funding for the education system.

In the states that have seen strikes, budgets for schools and social programs have for years been the target of cuts by Republican-controlled state legislatures. In the aftermath of the Great Recession, many states’ education budgets were cut dramatically and never restored. In these “right-to-work” states, unions have historically been poorly equipped to fight for better compensation and benefits.

“These are places where teachers unions don’t have bargaining rights written into the law, when they are mostly lobbying associations,” journalist Sarah Jaffe said in an interview on Public Broadcasting Service (PBS) NewsHour. “And so when you hear the teachers union leadership in Oklahoma say they’re going to call off the work stoppage and go back to lobbying, that’s basically what they do all of the time. That’s how they mostly exert their power in the state. They don’t exert it at a bargaining table because they don’t really have the right to do that at all.”

The desperate situation of many teachers has led them to turn to strikes and bargaining as a last resort amid reports from many schools about the lack of basic supplies like desks and textbooks. Teachers in West Virginia, where the strikes began, have the 48th lowest salaries compared to their colleagues in other states. The state has trouble retaining teachers, and large numbers of unfilled teaching positions strengthened the strikers’ position. In 2018, Governor James Justice signed a funding bill that promised a two percent raise in 2019, and one percent raises in 2020 and 2021, a pay increase barely on par with inflation. Teachers wore red and rallied around the hashtag #RedforEd. Strikers shuttered the entire state’s public school system for nine days before the state government responded by promising wage increases. The raises are expected to cost the state $110 million a year, funds redirected from tourism promotion programs and the Department of Commerce. Governor Justice also promised to establish a committee dedicated to lowering teachers’ health insurance costs, another key demand of the strikers.

The success of West Virginia teachers has inspired efforts in other states and led to more gains for schools and educators. Arizona strikers’ demands were met on May 3, when teachers were promised a 20 percent pay increase, the return of school funding to pre-Recession levels, and a decrease in class sizes. In Oklahoma, the failure of an education funding bill in the state legislature provoked strikes that lasted from April 2 to April 12. The state government acquiesced and made plans to increase school funding and educators’ salaries.

Labor action is still ongoing in Colorado, where a Republican lawmaker introduced a bill that would make striking teachers subject to fines and arrest.

“Until school funding is restored or until per-pupil funding reaches the national average, teachers are asking legislators to freeze corporate tax breaks,” Danika Worthington wrote for the Denver Post. “The teacher’s union surveyed 2,200 of its members and found that teachers on average spend about $656 a year out of their pocket for supplies, such as books, pencils, glue, binders, food, toothpaste, teaching materials, lunch money and field trips.”

It remains to be seen if the impact of these strikes continues to spread and provoke action in other states. Florida, a Republican-controlled state, has the 45th lowest teacher salaries in the nation, and recent events in Sarasota suggest that the state may be ripe for more activism. In January, teachers picketed at the Sarasota school district’s headquarters as part of five months of negotiations over the details of salary increases for teachers and support staff like bus drivers and maintenance staff. In February, the Sarasota Classified/Teachers Association reached a deal with administrators to solidify a two-year contract.

Information for this article was provided by the Denver Post, the New York Times, the Sarasota Herald-Tribune, the Public Broadcasting Service, the Nation, the Atlantic, and the Hill.