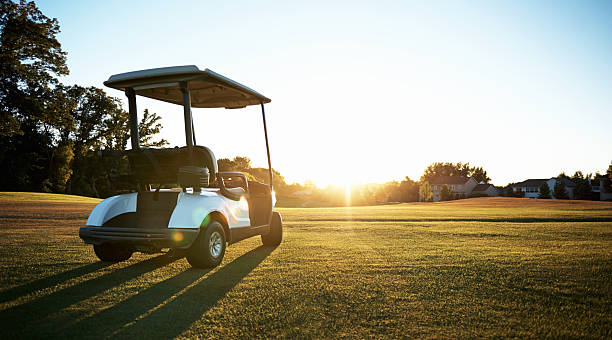 Golf carts and other equipment have been harder and harder to come by as a result of damaged supply lines.

While it may seem as though COVID-19’s grip on Sarasota has been weakening with the Doctors Hospital of Sarasota having no reported COVID-19 hospitalizations for the first time in two years—and many Florida residents now getting booster shots—the community still remains affected by supply lines damaged by COVID-19. Early on in the pandemic, personal protective equipment (PPE) was extremely hard to acquire. While PPE has become more readily available, other industries and resources have been unable to rectify shortages. Organizations and individuals have found that often many of the products they buy have become more expensive, unavailable or take significantly longer to acquire, some of the most obvious examples being food, vehicles and consumer electronics. Many schools including New College have had to adapt to these resources becoming harder to obtain, with some of these products being necessary for facilities to function. Thankfully, New College staff has found solutions or replacements for these necessities, though New College has been unable to find alternative means of acquiring vehicles such as golf carts for the campus.

The primary cause of difficulty in acquiring electronic appliances and vehicles is the ongoing international computer chip shortage. The chip shortage has been caused by a variety of compounding factors—including the trade war between the U.S and China—however, the largest contributing factor has been the COVID-19 pandemic. Similar to numerous other industries, computer chip production suffered as factories often had to close temporarily to ensure the safety of their staff during the pandemic. While other industries have begun to recover albeit slowly, the semiconductor/computer chip industry hasn’t made the same progress. This is due in large part to the way computer chips are manufactured. Manufacturing computer chips is a complex process and requires factories to be functioning 24/7 to meet demand.

The direct effects of the shortage are extensive, but for the average consumer, one of the most evident consequences is the meteoric rise of vehicle prices. For New College, this means that golf carts have become extremely difficult to acquire with wait times often being eight times longer than usual, Assistant Vice President of Facilities Alan Burr stated.

“We’ve bought two vehicles over the last year and a half and they usually get delivered in five to six weeks, and it’s taken eight or ten months from the time we got the order out to when we received the vehicle,” Burr said.

In addition to vehicles being harder to come by, air conditioning units have become more scarce due in large part to the computer chip shortage. New College has had to resort to alternative methods of cooling classrooms while waiting on the larger AC units.

“We usually get air conditioning units in two to three weeks, and now it takes two to three months, specifically units for buildings like Cooke Hall and College Hall,” Burr explained. “We’ve had to use space coolers and similar products to keep everyone comfortable until the bigger units arrive.”

Unfortunately, it is unlikely that these wait times will return to normal with the semiconductor shortage expected to run through the next year.