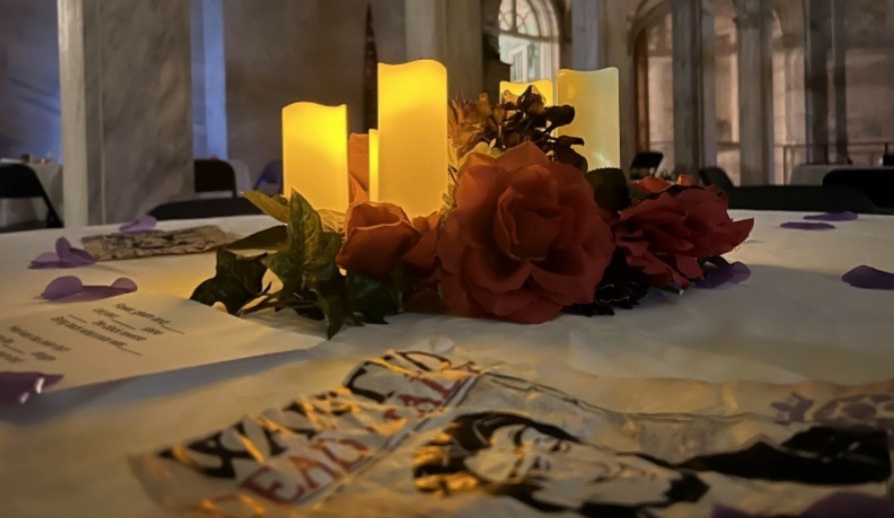 After two years of the coronavirus pandemic blocking students from hosting and attending large public events, New Prom finally returned to campus in all its glory, this time sporting themes based off the Disney film Tangled. Leading up to Apr. 23, many bought dresses and dress shirts and arranged dates for the big day, and even “Wanted” posters with Flynn Rider’s face on them appeared around the school. Students traded corsages and boutonnieres, took pictures on the bayfront and danced the night away inside College Hall. The entrance included cut-out bags with artificial candles, a fancy table decorated with lights and a large Polaroid machine that either printed or downloaded images taken.

The aesthetic of this year’s New Prom was consistent with the theme of Tangled’s star Rapunzel. The event served cupcakes with icing colors reflecting Rapunzel’s dress in the movie and were accompanied with fruit punch and lemonade dispensers. The cut-out bags on the stairs of College Hall’s entrance and the path on the bayfront were similar in style to Tangled’s iconic lantern scene. To top it all off, fourth-year Antonia Ginsberg-Klemmt and her partner Elliot Vasquez starred as characters Rapunzel and Flynn Rider on the staircase of the bayfront.