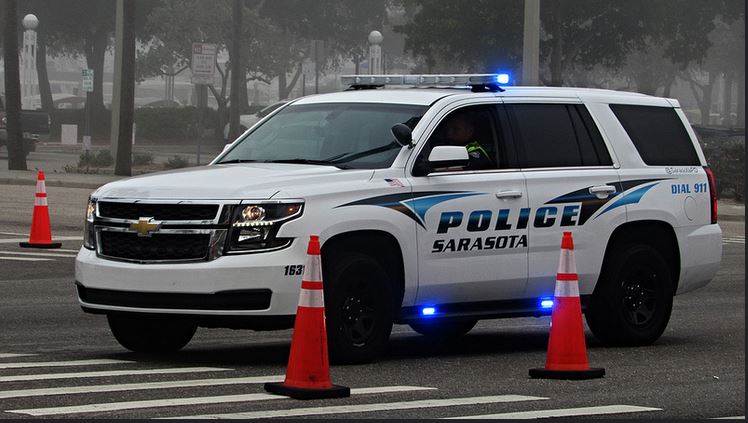 photo courtesy of HAH Photography/Flickr Though Sarasota County law enforcement does work with NCPD to give students lower charges, once a warrant has been issued, one has to go to jail.

When third-year Dylan Purvis was hanging out with their friend in Hamilton “Ham” Center in August 2016, they nor their peer would have guessed that lighting a piece of paper on fire inside would lead to Purvis’s arrest—right behind the same student center—almost three years later. In fact, Purvis and their friend wouldn’t find out that their irresponsible behavior earned them criminal charges outside New College jurisdiction until Purvis was arrested on campus at Scene Wall on Feb. 17, 2019 on a warrant that had been outstanding for two years. Purvis dropped their wallet at the Wall, and when it was returned to them by the New College Police Department (NCPD), instead of rejoining their peers, they were escorted to the back seat of a squad car and taken to jail.

It was not until a recent Catalyst interview when Purvis found out more about their criminal charges. Between the time of the August 2016 incident and the February 2019 arrest, their charges were reduced from felony Arson to Disorderly Conduct in February of 2017, according to Chief of NCPD Michael Kessie in an email interview.

“The ashes from the paper were left scattered on some of the keys of the old pianos, and some NCPD officers found them the next morning,” Purvis said. When the NCPD checked the security footage inside the building, they identified the two students.

“They first called me in and said that I could possibly have felony Arson charges, even though there was no property damage, because it was a state building,” Purvis recalled. All State University System (SUS) campuses must report fire incidents, according to Kessie. In 2016 the Marshal Investigator advised the NCPD and New College staff that the students could be charged with Arson.

“The NCPD said that if I didn’t want to be bumped up to the state’s jurisdiction, I would have to cooperate with them,” Purvis said. “And I did. I answered all their questions to the best of my knowledge. I thought it stayed within the school’s jurisdiction, but I guess at some point it got bumped up. I never got the memo. No one ever told me that I had a charge against me or the later warrant.”

It was a surprise to Purvis that something with a seemingly definitive consequence, that happened so long ago, came back with such a vengeance.

“It seemed so inconsequential at the time,” Purvis said.

The NCPD did know by February 2017 that the State Attorney’s office was going to reduce the charge, and Kessie assumed Purvis only had a notice to appear in court.

“I didn’t know it was a warrant,” Kessie said. “Purvis was probably on campus a couple of times between the warrant issuance and their arrest, we didn’t even know the warrant existed.”

The confusion centers around the question of whose responsibility it is to let students know when their criminal charges get bumped outside New College.

As both Kessie and Dean of Student Affairs Robin Williamson told the Catalyst in separate email interviews, New College administrators can help students who have gotten into first time or low level legal trouble while on or off campus, by informing them about their charges. However, both the NCPD and Student Affairs explicitly said that students must ask them for help—students should wait for someone to inform them at their own risk.

“I have more access to the Sarasota/Manatee clerk’s office than the general public and am able to tell if a warrant exists or not,” Kessie said.

In Purvis’s case, if they would have come in and talked to the NCPD, the department could have cleared some things up, but still would have had to take the student to jail once the warrant was filed, according to Kessie. Only in cases when helping the student would interfere with other law enforcement offices’ investigations, or if the charge was too serious, would the NCPD or Student Affairs not be able to provide this service.