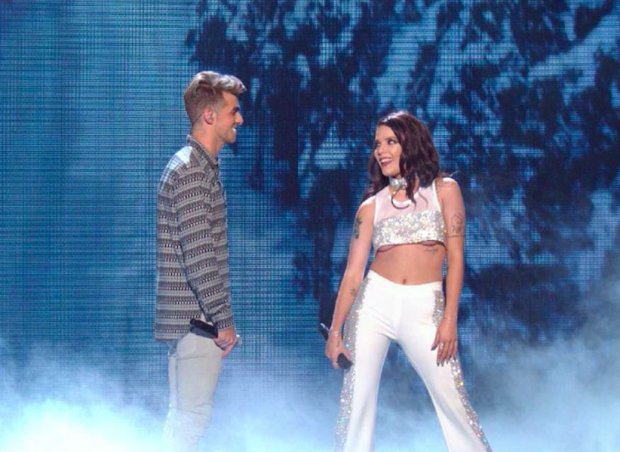 “The Five Of Us Are Dying” – My Chemical Romance

“The Five Of Us Are Dying” is the original demo of My Chemical Romance’s classic track “Welcome To The Black Parade.” Beginning with a piano ballad rather than that iconic G-note, “The Five Of Us Are Dying” features Gerard Way’s unmistakable vocals amid a backdrop of lyrics that are similar to “Welcome To The Black Parade”—but are definitely not the same.—CR

With “Bang, Bang,” Green Day did everything fans wanted from new material. Taking inspiration from their classic ‘90s sound and pairing it with a charged political concept reminiscent of 2004’s American Idiot, “Bang, Bang” is an angsty, punk rock comment on the United States’ screwy suburban society.—CR

“Closer” stops itself from being a typical summer song by complementing the Chainsmokers’ irresistible beats with Halsey’s hypnotizing vocals. As Halsey subtly sings “stay, and play that Blink-182 song,” the 21-year-old further proves she’s more than the over-commercialized pop-star—she’s indie, she’s cool and she’s changing the face of pop music one song at a time.—CR

As soon as the first line of Twenty One Pilots’ “Heathens” kicks in, it makes sense why the band are accumulating a fanbase that rivals The Black Parade-era My Chemical Romance. Displaying the duo’s genre-bending style, “Heathens” combines slow and mysterious vocals from singer Tyler Joseph with drummer Josh Dun’s untouchable beats.—CR

Like Twenty One Pilots’ “Heathens,” Panic! At The Disco’s cover of “Bohemian Rhapsody” is featured on the Suicide Squad soundtrack, arguably making it the best movie soundtrack that’s ever happened to the superhero genre. Honoring frontman Brendon Urie’s love of Queen, the cover stays true to the original, doing “Bohemian Rhapsody” the justice it deserves.—CR

With a new Green Day album on the horizon and a new Blink-182 one already released, 2016 is the year of punk rock comebacks. Sum 41 made a triumphant return this summer with “Fake Your Own Death,” which pulls the sound of their early ‘00s hits, such as “Fat Lip” and “In Too Deep,” into 2016.

“It was hot as ever today
Long time no see folks
Boat, Yachty, and Perry, and rest of the gang been inside all sunshine with the perfect compilation of songs for you guys this summer.”

This whole album is perfect way to say goodbye to summer, or start the endless parade of treks to the bay before it goes below 70 degrees at sunset.

So, this album isn’t exactly easy listening. A lot of hard hitting points on police brutality and life are made, but every summer needs a track to sum up the summer fling. To me “Facebook story” is that. Although it’s is less a song and more a monologue, what could be more relatable than a story about not wanting to take a relationship to the next step. However arbitrary. So whether you are doing the ghosting or bring ghosted, I hope this whole album finds you well.

Last year, this was what all the kids were listening too. Luckily for the band, they haven’t faded away. This song is a bit more active than the last couple. Perfect for listening to while zooming to class on your razor scooter.

This end represents the end of summer. At least it ends on a high note of a feature from Andre 3000. Off Scott’s new album Birds in the Trap sing Bobby McKnight. Sit back and act like you too are off shopping and Jet setting, not over caffeinating and checking Canvas.