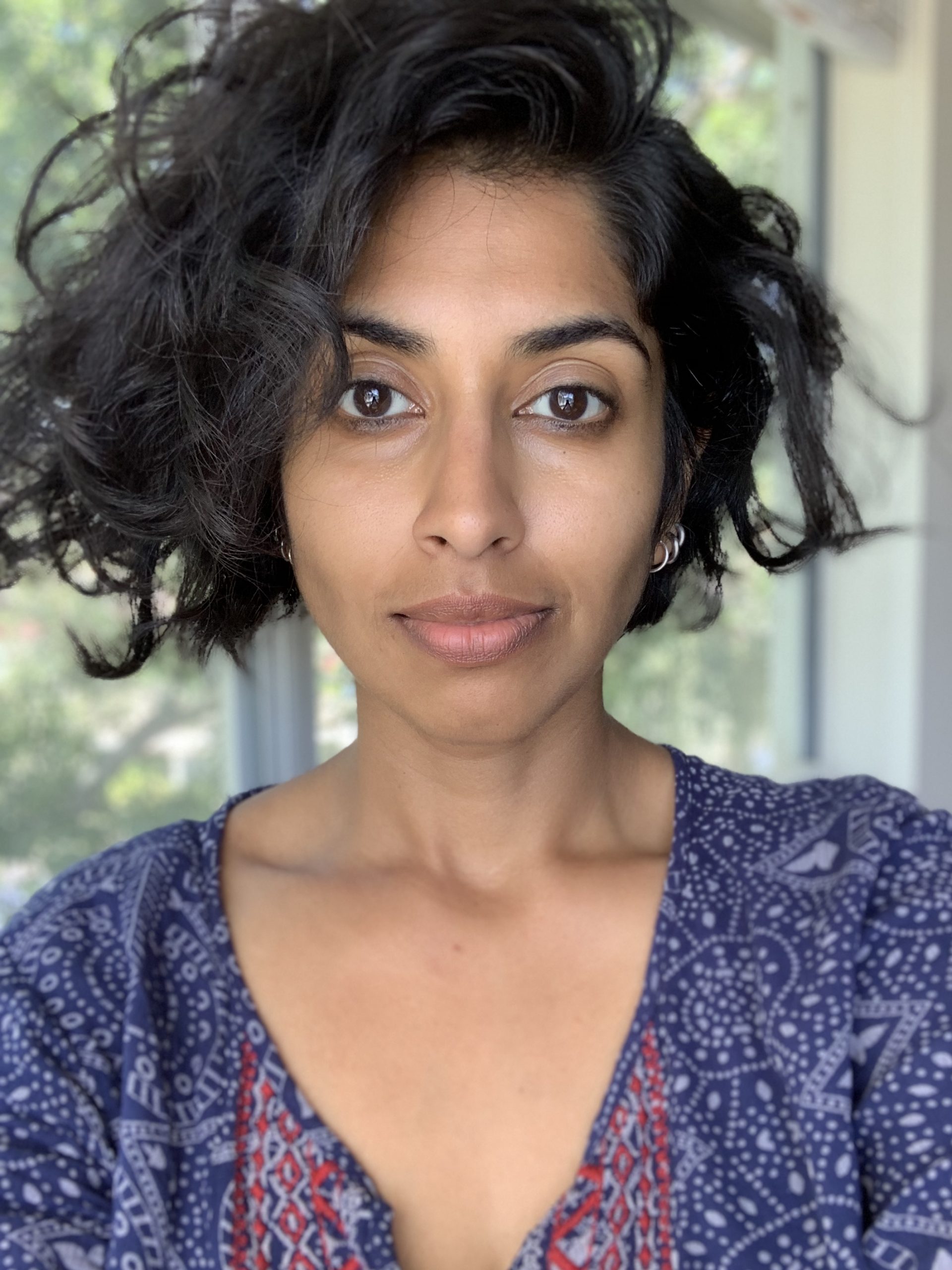 A headshot of Avni Vyas.

Poetry is a form of art that is incredibly intimate. Poets often draw upon personal experiences to make their work more emotional and effective. Despite the intimacy, poetry frequently features themes that resonate with more than just the writer. The messages that writers voice in the medium include feelings and thoughts that are universally relatable. For Instructor of Rhetoric and Writing Avni Vyas’ recently published collection of work Little God, this is wholly true.

Little God is a poetry collection that is tied together with the narrative of a character who suffers through the tragedy of a miscarriage. While dealing with the emotions that stem from such a traumatic event, the narrator begins to take refuge in the company of a being known as Little God. Both characters are developed within this context throughout the poems, as the speaker continues wrestling with her negative thoughts and Little God’s rather cold words. Themes of family and loss are highlighted and underscored across the narrative.

Vyas wrote the collection last year, during the period of the COVID-19 quarantine, which is a challenging feat that not every artist can boast about.

“Poems happen because there are people involved—and not just the author and the page, but the listeners and readers,” Vyas said. “Writing doesn’t happen in a vacuum, it happens in conversation with a myriad of other things. As a writer, in that time I was kind of forced to time travel and use my imagination to get the work done.”

Works of intimacy such as Little God require an immense amount of inspiration, which was a rare commodity in the time of lockdown. In a time of isolation and very little interaction, it can be astoundingly difficult for a writer to get out of their own head.

“At the time of this writing, I was living in an apartment that overlooked a pond,” Vyas mentioned. “It was one of those retention ponds filled with fish, turtles and birds. I remember that the carp that lived in this pond would create these really interesting mating nests in the form of circles under the water. From the angle of my apartment, I would watch them as they formed these nests, and I found it so rewarding and so wonderful.”

Witnessing this event reminded Vyas of the ways in which being present in the world can bring about thoughts of the people most important to her life.

“Watching those carp made me think about my best friend and his son who live in Portland, and who I haven’t seen for years,” Vyas recounted. “Staring outside of my window became this thing where I would look outside, and think of someone I love and want them to show up for me. It was exactly what I needed from poetry in that time of isolation.”

The process of writing Little God was a bit different from Vyas’ past style. Previously, she would write standalone poems that would make their way into various journals and other collections. These poems were similar thematically to Little God, but did not have the same connectivity in a narrative fashion that the new collection has.

“For this collection, I was working in a totally different form,” Vyas said. “I was writing in a RocketBook, a reusable digital notebook, which I used as a conversation partner. I was also trying to challenge myself in composing these poems longhand, when I usually compose on the computer.”

Additionally, Vyas made use of a writing exercise where throughout the entirety of the month of April, she and a group of writers committed to writing one poem per day in celebration of National Poetry Month. According to Vyas, this practice was fruitful for multiple reasons.

“It’s a really ambitious idea,” Vyas said. “The interesting part of that challenge is that it makes you reconfigure what counts as a poem. Normally, we spend a lot of time thinking about our subject and we really want to put our best language on the page. But the beauty of writing a poem a day is that that’s not often what happens. You turn to the page and the page holds whatever you’ve got. Knowing that I wasn’t going to write my strongest stuff every time, I felt more comfortable with taking experimental risks.”

The exercise of writing can seem exclusive, as if authors belong to a certain group that are the only ones capable of doing what they do. Recognizing this, Vyas hopes that readers of Little God don’t get this idea of the art form and rather feel as though what they are reading can be accomplished by anyone through time and effort.

“In my heart of hearts, I really want people to encounter this book and think, ‘I could do that,’” Vyas said. “Rather than thinking of these poems as a receptacle for art that is static, it would be so cool if it moved towards the reader and got them to produce more work. I think there’s a sort of myth that people who are writers kind of own their genius, and it’s something we’re super protective of. It perpetuates this idea that writers are hermetic beings, when that’s not the case. It’s not just the writer having an idea, these poems exist because there are readers out there. These poems hang out on the page because they want to meet a person who’s going to read them.”

This perspective on the relationship between readers and writers is one that encourages the creative process in the hopes that there will be more artists born as a result of engaging with a work of art. In the words of Vyas herself, “What’s better than a world with art is a world with even more art in it.”Little God is set to be released nationally on Oct. 26. Published by Burrow Press, it will be available as an e-book on the company’s website, with a physical release soon to follow. Currently, there are copies of the book available to students via the Jane Bancroft Cook Library or the Writing Resource Center (WRC).