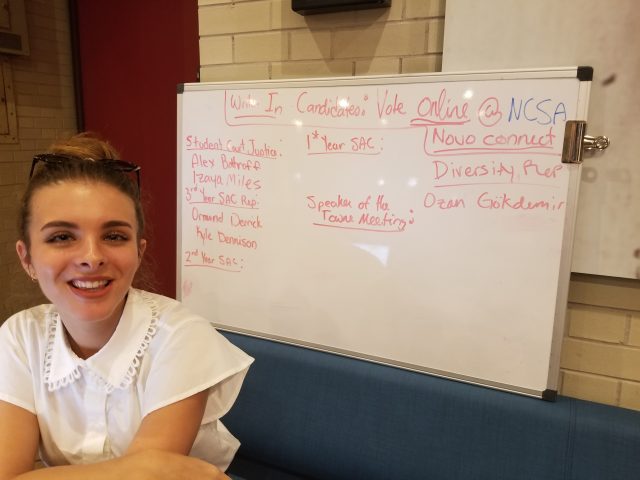 Just over 64 percent of the student body voted in 2018 midterm elections, more than twice the 29.3 percent that voted in the previous midterm election in 2014, earning New College several national awards for high student voter turnout. Despite this consistency with a nationwide shift in larger voter turnout on college campuses post-2016, the New College Student Alliance (NCSA) has experienced unexpected difficulty in voter turnout for student government elections.

Seventy-eight students voted in emergency fall elections, held on Thursday, Oct. 3. Only 64 voted in the late fall elections on Friday, Nov. 1. The NSCA held a follow-up election on Nov. 20, deemed “NCSA 2: Election Boogaloo,” to fill positions that received less than 10 votes in the Nov. 1 elections. One hundred and eleven students participated.

Local and national elections are often determined by hundreds of votes. Low voter turnout is typically synonymous with local, primary and off-year elections, yet even in the highly competitive presidential election of 2016, only about six out of 10 eligible Americans showed up to vote. This low turnout led to the election of President Trump by roughly only 80,000 votes across three states.

On Tuesday, Nov. 5, Sarasota County voters in the city of Venice turned out to vote for a new mayor and two city council seats. Ron Feinsod won the mayoral election by just 85 votes, and both of the two open city council seats were determined by less than one thousand votes.

With elections as competitive as these, campaign managers, politicians and citizens alike often wonder why the sense of futility among voters, whether college students or independent adults, is so common.

While low voter turnout for U.S. elections can be partially attributed to modern-day voter suppression tactics, such as strict voter ID laws, registration difficulties or being removed from the voting rolls—which is occurring at an increasing rate—the student body is not suffering from these issues for a college-run election.

In an email interview, Supervisor of Elections and third-year Isabella Cibelli du Terroil attributed a variety of factors for low voter turnout for NSCA elections.

“[Students may feel] as if their wants/desires are not being represented or facilitated by the NCSA (or New College at large), they may feel as if their vote ‘won’t affect anything,’ they may just forget to vote with how busy they are, they may not realize just how impactful the NCSA is on New College’s environment, atmosphere, policies, operations, or they may not feel as if the candidates running, whether officially or as write-ins, represent their interests,” Cibelli du Terroil said.

Similar to an issue experienced by many nonvoters in U.S. elections, a lack of knowledge about how to actually vote is a valid yet concerning reason for low voter turnout.

While many nonprofits and organizations across the nation are working to find ways to combat this deficiency in civic education, measures to increase voter turnout are also being discussed on campus.

With the election process moving online, Cibelli du Terroil is looking to “have a more streamlined election process. Official candidates are typically the ones who get elected since their names are out officially on the ballot. Since everything is online now, the sign-ups to become an official candidate should be online as well in my opinion (with the exception of campaign posters, I think those can still be physically printed out and posted around if one wishes).”

Cibelli du Terroil believes that “The more people who run officially, the more involved voters we will get, and the more candidate options they will have to choose from. Perhaps there should be more social media advertising as well, just to diversify how many platforms we are advertising elections on (besides just email and Novoconnect).”

Voting disparities both across America and across campus can be attributed to major misconceptions about the voting process, legal barriers and voter apathy. Without a push to combat this issue both on campus and nationwide, low voter turnout will never change.