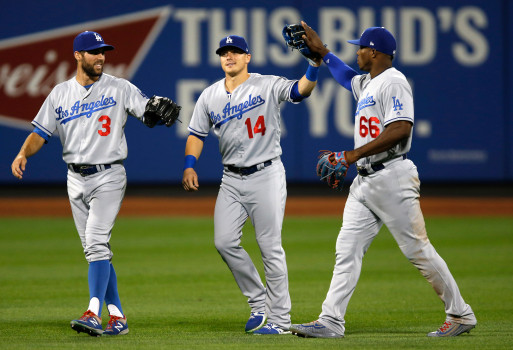 With the last month of the Major League Baseball (MLB) regular season coming to a close, the MLB playoff picture becomes clearer and clearer. From early this season, it was apparent that the Houston Astros and the Los Angeles Dodgers would be two of the main contenders from each league, but on the heels of a ridiculous 22-game win streak, the Cleveland Indians have firmly established themselves as a force to be reckoned with.

Meanwhile in the American League (AL), the Boston Red Sox hope to maintain their meager 3-game lead over the New York Yankees and presumptuous Rookie of the Year, Aaron Judge, who can still steal Boston’s place as the AL East leader, despite their definitive clinching of a postseason spot. The Red Sox, led by potential AL Cy Young award winner Chris Sale, have gone 7-3 over their past ten games, with the Yankees nipping at their heels with an 8-2 record over their last ten. The winner of the AL East will go on to face the Houston Astros in the first round of the MLB playoffs.

The Minnesota Twins and the LA Angels will scrap for the final wild card spot, but neither teams’ past ten games—a middling 5-5 record for the Twins and an under-.500 4-6 record for the Angels—seem to present too much of a challenge to the Yankees.

Regardless of what happens in the AL wild card game, the winner will have to face the dominant Cleveland Indians, only a little more than a week removed by their 22-game win streak. Even though their near-historic run came to an end against the Kansas City Royals on Friday, Sept. 15, they have not lost a game since, winning an undisputably impressive 27 out of their last 28 games. Whoever ends up facing the Indians, be it the Yankees, Twins, or Angels, will be in for an unpleasant ride against the team that went to the World Series last season.

In the National League (NL), the Washington Nationals and the aforementioned LA Dodgers have already clinched their divisions with records of 90-59 and 96-54, respectively, with last season’s champions, the Chicago Cubs, trying to secure their 3.5 game lead over the Milwaukee Brewers—a far cry to last season’s Cubs dominance. If the Cubs can maintain their division lead, they will face the Washington Nationals, led by ace pitcher Max Scherzer and star Bryce Harper, in the first round.

Despite the Brewers only trailing the Cubs as the division leader by 3.5 games, Milwaukee doesn’t own a wild card spot in the NL, with the Arizona Diamondbacks holding the first wild card spot, running a surprisingly adept ship with an 87-64 record under their belt. The Colorado Rockies hold the second wild card spot with an 82-68 record, leading the Brewers by only two games.

The winner of the NL wild card game will go on to face the Los Angeles Dodgers, who–despite cooling off after a raging first half of the season–still own the league’s best record. While having gone only 5-5 over their past ten games, they present a significant challenge to whoever makes it out of the wild card game, with the best pitcher in the game–Clayton Kershaw–and a roster of young stars bolstering their championship efforts.

Whatever happens in this final stretch of September, whether it be the Yankees knocking the Red Sox into the wild card game, or the Brewers either beating the Cubs for division leader or somehow scraping into the final of the two NL wild card spots, October will be rife with intense competition.

Information for this story was gathered from mlb.com